Must Share News – Independent News For Singaporeans
Home People Commentary LKY Once Went To The US To Basically Be Amazing In A... 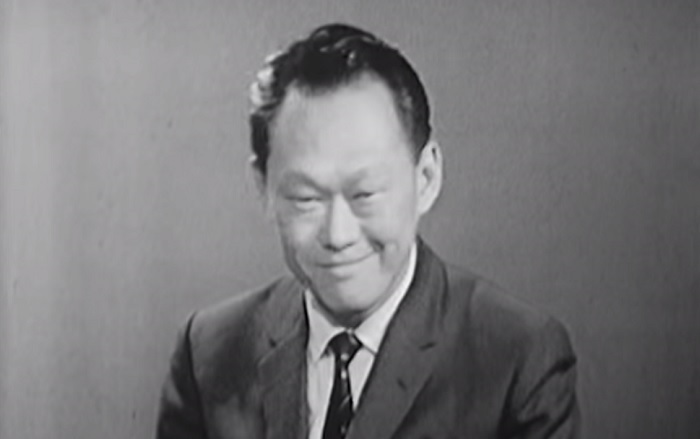 As more epic stories of Lee Kuan Yew past exploits continue resurfacing, we at MustShareNews today turn the spotlight on one tiny thing that perhaps many other sources may have forgotten.

Our first Prime Minister went to the US in 1967 for an 11-day official visit. We were newly independent, but he didn’t cross the Pacific to look for economic investments or military resources.

He went to the US to point out how silly the Americans were.

Ok not really. His official reason was to “gauge the public opinion of the American people as well as the United States government’s resolution concerning Vietnam”. LKY met then-US President Lyndon B. Johnson, spoke to various senior officials in Washington D.C., and took part in a interview with the American press, on a live TV show called Meet The Press. But he never, ever forgot to be a badass.

In the interview, Mr Lee was subject to questions from four journalists, with topics largely about the then-ongoing Vietnam War. And he brought all his sass along. Just check out this exchange:

(Journalist) MISS FREDERICK: It (North Vietnam) is now being bombed at the level that the bombing was carried on in World War II and has been bombed for almost three years. Do you believe that this bombing is controlled or restrained use of power?

MR. LEE: That is like asking me whether I have stopped beating my wife. I never beat my wife.

Or this little gem here:

(Journalist) MR. EVANS: What you are saying, sir if I understand, is that the American position of force and resistance to this East Wind is essential to give your country and these other newly independent countries a bulwark behind which you can develop your independence, is that what you mean?

MR. LEE: No, may I say what I mean myself in my own form of words? I think Americans have — I think it is a friendly habit of trying to help a person think for himself but I would rather do my own composition if I may.

LKY was basically the Ip Man of interviews; playing shadow boxing with the journalists. Keep in mind this is the Prime Minister of a two-year-old country, speaking to a superpower.

He wasn’t much a fan of the American strategy in Vietnam either.

You have adopted this position in Vietnam, in 1954.

You never asked the rest of Southeast Asia, and we were not consulted.

You decided again in 1956 that [Ngo Dinh] Diem (former President of South Vietnam) should not have free elections because — or, he didn’t want free elections and you supported him because elections couldn’t be free, and I have read all the semantics about what is free and unfree.

You decided in 1961 when things got a little bit difficult for Diem, to put in American advisers.

All I can say is, we have got to live with today, not with what might have been day before yesterday, and as of today, the Field Marshal of Thailand says — Kittikachorn, and he is saying it to his own people, that they are going to fight in Vietnam, not in Thailand.

Check out the full transcript here, and watch the 26-minute long interview below:

Featured Image via YouTube
With reference from National Library Board, National Archives of Singapore