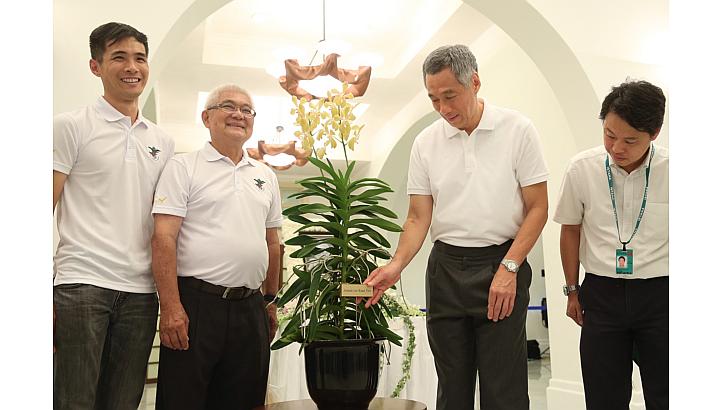 Aranda Lee Kuan Yew, the orchid named in his honour

Named Aranda Lee Kuan Yew, this species of orchid takes between three to five years to breed and grow. It produces flower sprays of up to 10 flowers each, with each bloom measuring approximately 9.5cm to 10cm across. The orchid has bright golden yellow petals with a green tint and a tinge of white at the base. 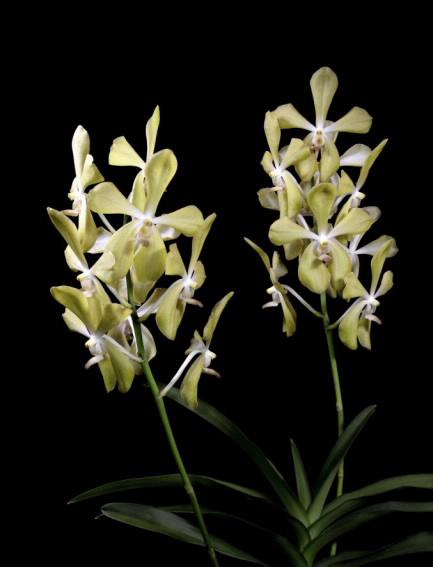 Aranda Lee Kuan Yew is the result of a hybrid between an orchid in a similar Vanda series as Vanda Kwa Geok Choo, an orchid named after Mr. Lee’s late wife who passed on in 2010, and a native orchid named arachnis hookeriana.

David Lim wanted the flower to reflected Mr. Lee’s qualities through its colours and stature, and match Vanda Kwa Geok Choo as well.

Visitors to the wake can view the orchid in the main hall of Sri Temasek, where Mr. Lee’s casket is.

The public can also view the orchid in Parliament House, where Mr. Lee’s body will be housed from Wednesday to Saturday.

Mr. Lee’s alma mater National University of Singapore (NUS) named the Lee Kuan Yew School of Public Policy after him in 2004. This was established after Mr. Lee finally relented to being  affiliated to an institution.

But no, don’t expect more institutions to be named after him anytime soon. The man did not feel the need to replace the likes of Sir Stamford Raffles. Till date, there are no attraction named after him, despite his sacrifices for the nation he built. 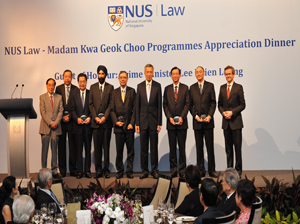 A nation mourns for your loss, Mr. Lee.