Must Share News – Independent News For Singaporeans
Home News LKY Rejected US$26 Million Bribe From The CIA, Proved Himself As Major... 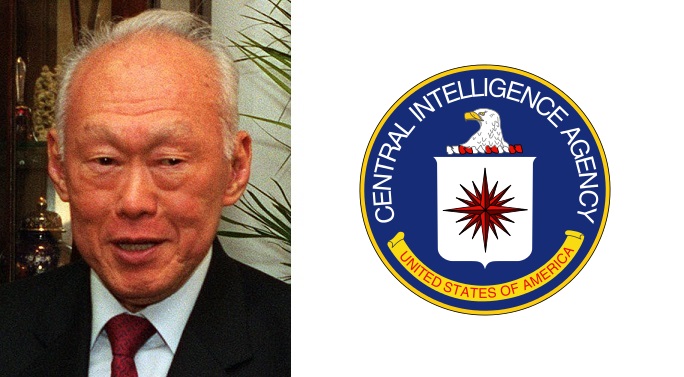 US$3.3 million would be worth US$26 million today 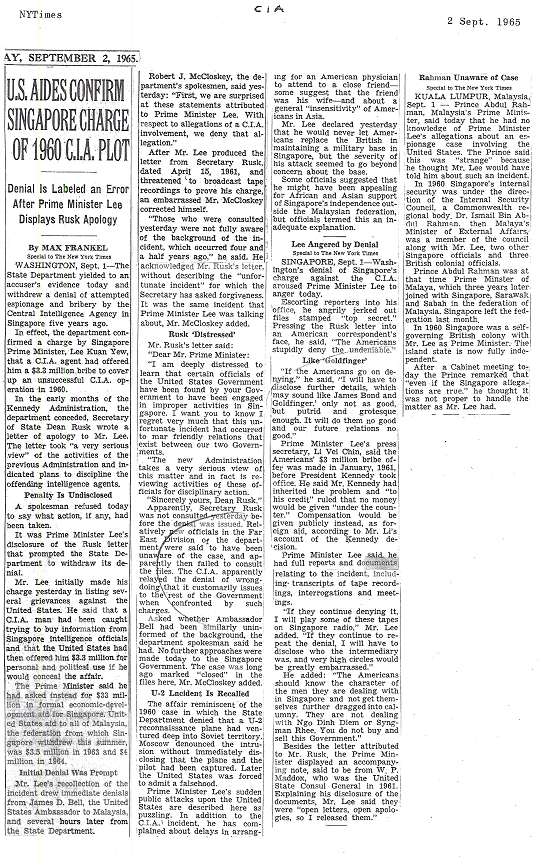 We already know he’s a badass, but here’s a story that will increase your respect for Mr. Lee Kuan Yew.

In 1959, the Central Intelligence Agency (CIA) had suspicions of the People’s Action Party (PAP)’s close ties with what they saw as pro-communist elements, and launched an intelligence operation in Singapore to find out. In 1960, Lee discovered their covert operation and the CIA responded with a US$3.3 million bribe so that Lee would keep mum.

US$3.3 million would be worth US$26 million today due to inflation.

Lee refused and asked for US$33 million in economic-development aid to Singapore and Malaysia instead.

He was haggling when he could have simply accepted the bribe and been US$3.3 million richer. What he did instead was to use his advantageous position for the betterment of the nation.

When Lee recounted the incident, CIA immediately denied all of the bribery allegations until Lee, in a fit of anger at their denial, produced top secret letters from the CIA addressed to him and threatened to produce tape recordings of the bribery act.

The CIA retracted their denials, and Lee was sent a formal letter of apology written by then-Secretary of State Dean Rusk. 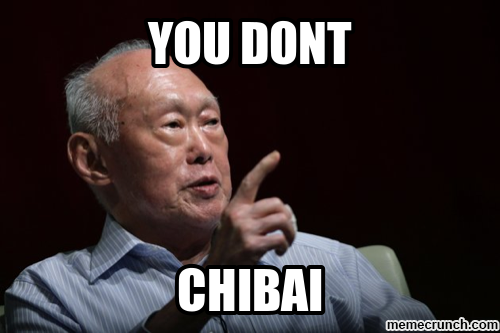 Unyielding to corruption and bribery

Lee famously said this at the time of the incident:

Both South Vietnam and South Korea were heavily backed by America in the Vietnam War and Korean War respectively.

Strong words from a man who absolutely detested corruption and was determined to keep his Cabinet and the Government corruption-free during his life-time.

Despite the humongous amount offered, we think LKY was really shrewd in not accepting the bribe.

His principles were reflected in the way he ran the Government — no-nonsense and unyielding to external forces, especially those involved in espionage.

Despite his outspoken distaste for Western countries like America, and their system of governance, he still maintained good relations with the United States government, acting as a middleman between the United States and China.