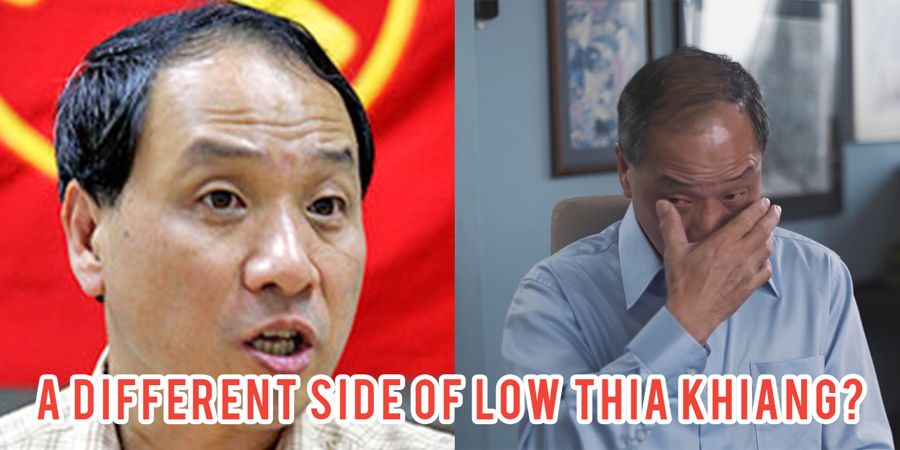 2017 will be remembered by Singaporeans for a wide slew of reasons. Like the Bishan MRT flooding incident and the inauguration of our first female Malay President.

But for many Workers’ Party supporters, 2017 will be remembered as the year that Low Thia Khiang announced that he would be stepping down from his position as Secretary General of the Workers’ Party (WP) once his current term ends in 2018.

Perhaps it’s timely to rediscover the man who has become the face of Singapore’s political opposition.

We take a look at the WP’s 60th anniversary video and uncover 4 reasons why Low Thia Khiang has remained a political mainstay for such a long time.

1. He cried because of unfair educational policies

Mr Low is known to be a no-nonsense parliamentarian who’s unafraid to speak his mind.

So we were pretty taken aback when we saw a softer side to Mr Low.

Speaking in Part I of WP’s commemorative video Walking With Singapore, Mr Low shared how the government’s educational policy of making English the lingua franca caused many problems for Singaporeans.

Tears welled up in the opposition leader’s eyes when he discussed why left his teaching position to enter politics. He later faced rejection from majoring in political science, as his professors thought his command of English was too poor.

Armed with a degree in Chinese instead, Mr Low trained as a teacher at Institute of Education (IE), hoping to prevent his students from facing a similar fate.

However, the emotional politician then recounted how yet another educational policy hindered his efforts in helping his students.

The new policy that Mr Low was talking about was the streaming of 10-year-old students.

Mr Low shared that the system was unfair because it did not provide students with a second chance. He also stressed that these educational policies “would kill [students] no matter how hard [they] work” as they would not be able to escape the system.

Finally tearing up, Mr Low argued that “it was unbecoming of the government to do this to [their] own citizens and [their] future generations of Singaporeans”.

Realizing that “this was the last straw”, Mr Low eventually decided to leave his post as a teacher to become a politician.

2. He created his own education bursary

Mr Low later joined the WP, winning a seat in Parliament after his victory in Hougang’s Single Member Constituency in 1991.

Despite a change in his career path, Mr Low never forgot his struggle with the government’s educational policies. Being in a position that gave him more power to affect change, the WP decided to help students from poor families by creating his own education bursary. According to WP member Ms Ng Swee Bee, organisers were very supportive of this initiative. She added that the WP would “send out the Education Trust Plaque for yearly auctions to raise the bursary funds”. 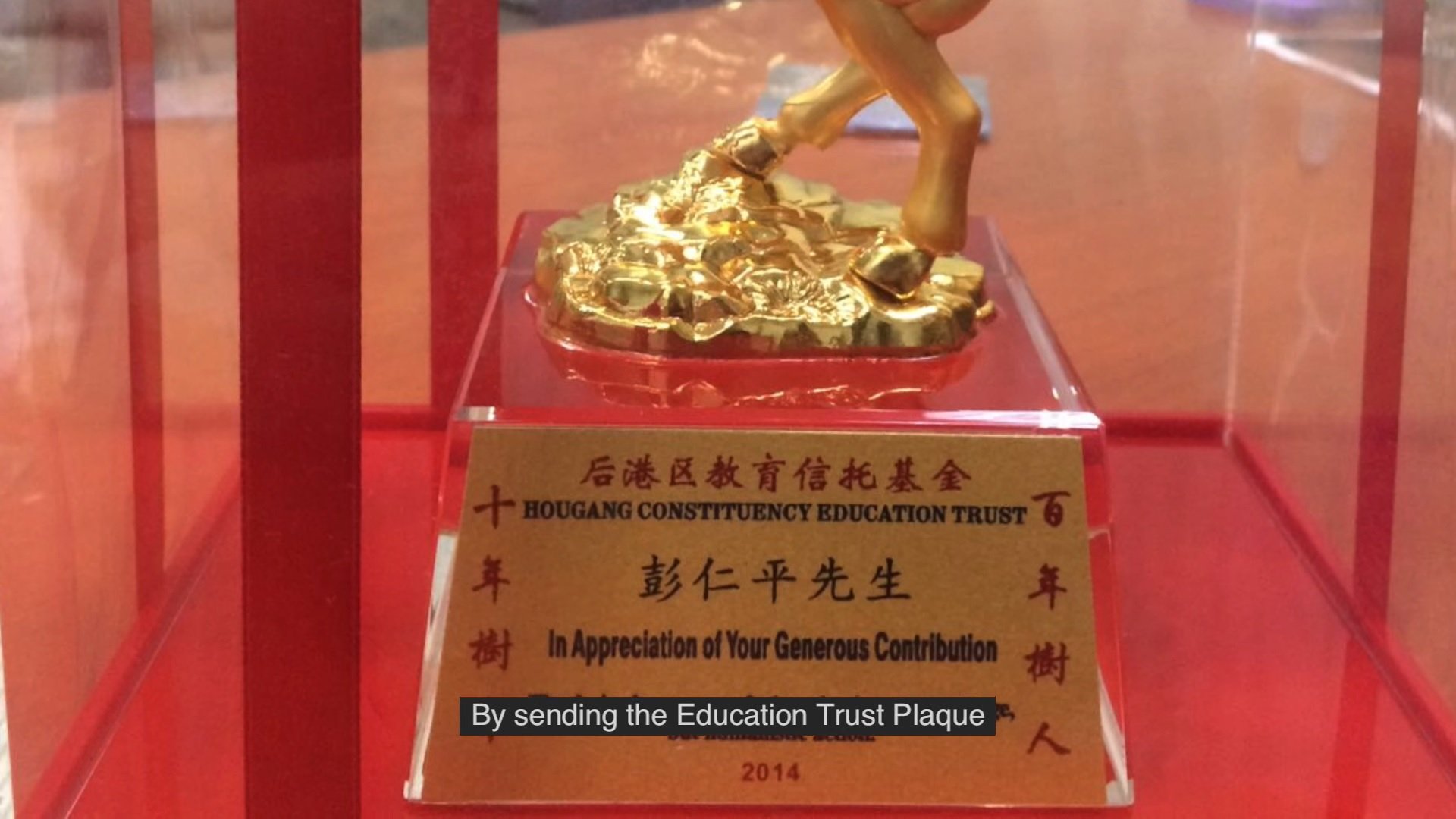 We don’t know about you, but Mr Low’s actions and sincerity towards his cause, do seem to speak louder than his words.

3. He ensured that not any Tom, Dick or Harry could join WP

Back in the 2001 General Elections, opposition parties in Singapore were having trouble fielding candidates. This led to one of the largest PAP walkovers in Singapore’s history.

This caused some concern amongst Singaporeans, like Sylvia Lim. She along with like-minded colleagues had decided to join the opposition party to provide the people with an alternative choice to the PAP. However, it seemed that not all who joined opposition parties were of a similar calibre.

Need we remind you of this man?

Thankfully, there has not been an equally embarrassing politician in the WP.

The reason? An extremely stringent admissions stance by the Secretary General.

Mr Low mentions in the documentary that his intention is to ensure “that the party is in good hands” and consists of people who did not join for “personal benefit or personal glory”.

WP’s reputation as viable alternative to the ruling party has since been enhanced, attracting well-qualified candidates such as Sylvia Lim, Chen Show Mao and Pritam Singh to name a few.

This could have given Singaporeans the confidence to vote the opposition into Parliament, as seen in the 2011 WP victory in Aljunied GRC.

4. He hesitated about leaving his beloved Hougang SMC

Talking about WP’s victory in Aljunied GRC brings us to the last notable point about Mr Low.

Now, we all know that Mr Low is practically worshiped in Hougang, having served as their Member of Parliament from 1991 to 2010. Residents even cooked and gave him herbal drinks during his walkabouts.

With Hougang residents showing Mr Low so much love, it was understandably hard for him to leave the Hougang to run in Aljunied instead.

But Mr Low went ahead with his strategic move, resulting in the first ever victory for an opposition party in a GRC.

However, what Singaporeans probably didn’t know was that Mr Low struggled with decision up to the very last moment.

Party Assistant-Secretary General Pritam Singh remembers this well. Mr Singh shared that the telling point for him came, when party members were about to board the buses which would go to the different nomination centres in 2011.

Mr Singh quipped, “everyone was wondering which bus would Mr Low get on”. Mr Faisal Manap added that WP members were getting a bit “kan cheong because time was running out” as Mr Low remained undecided on which nomination centre to head towards.

Although, only WP Chairman Sylvia Lim knew what was going through Mr Low’s head. She quipped calmly that his hesitation was for “maximum impact” and that the strategy “fed into our battle plans”.

Whether it was last minute jitters or a well-kept game plan, we only know that it was a “stressful and emotional journey” for Mr Low to make the move.

Mr Low will fondly be remembered as the politician at his incendiary best during the Oxley Road Saga, dropping savage lines that made us laugh “until pants drop“.

Come 2018, Mr Low will become the longest-serving member of the opposition in Parliament. Given that it will be his 27th year, he will even eclipse Mr Chiam See Tong for the honor.

We may not know if Mr Low will be running in the 2021 General Elections, as he will be 65 years old by then.

But given this timely opportunity, we would simply like to thank Mr Low for his service as a check and balance to the ruling political party.