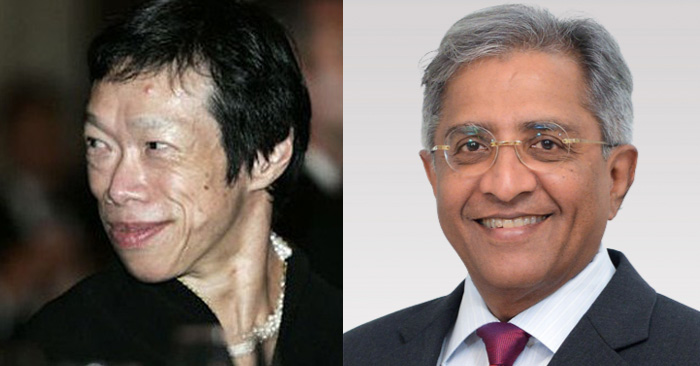 Round 1: Lee Wei Ling vs The Straits Times

Lee Kuan Yew’s daughter Lee Wei Ling has taken to Facebook with a series of posts on how SPH has “do not allow me the freedom of speech”.

Lee Wei Ling frequently contributes to a column in The Straits Times. Her columns over the past 12 years have been compiled into an SPH published book, A Hakka Woman’s Singapore Stories.

Earlier on 25 Mar, she wrote a viral Facebook post about the “hero-worship” of her father’s death anniversary and how he would have cringed at it.

In another post dated 2 Apr, Lee Wei Ling went on to say that former Straits Times editor-in-chief, Cheong Yip Seng, was “sly” in asking her father to write a foreword for a book that was critical of him.

She attributed all these to Janadas Devon, another former Straits Times editor, saying that it was him who called Cheong sly.

i have had my articles edited by SPH editors prior to posting on Facebook. On selected issues, my main message was not allowed through or allowed through but blurred. i have since gone through three editors, and have come to the conclusion that the editors have been instructed to edit out “sensitive issues” in my articles. i am now confident that if i have something significant to say, i will have enough audience on Facebook.

Janadas Devan — who is the son of Singapore’s third president Devan Nair a.k.a. Chief of Government Communications a.k.a. one of the The Straits Times’ previous editors — looked through Lee Wei Ling’s posts and was not happy. A Facebook account by the name of Janadas Devan called out Lee Wei Ling’s account, saying that PM did not call Cheong Yip Seng to scold him. Janadas also said that he never called Cheong Yip Seng “sly”. 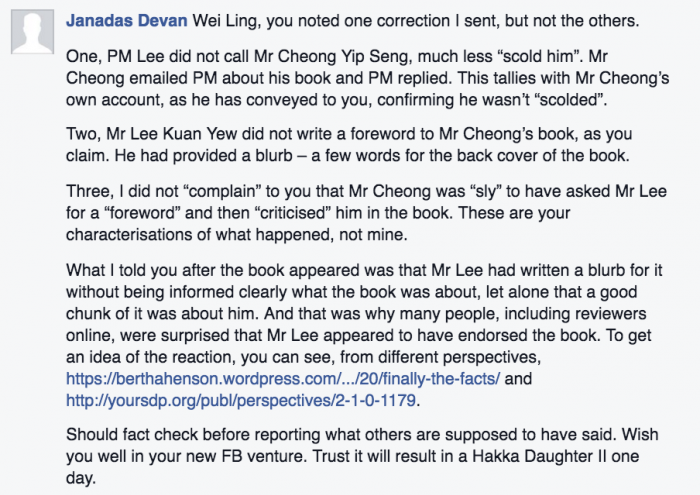 Ending off with a big burn, he says:

We wonder what brother Prime Minister Lee Hsien Loong has to say about all these.