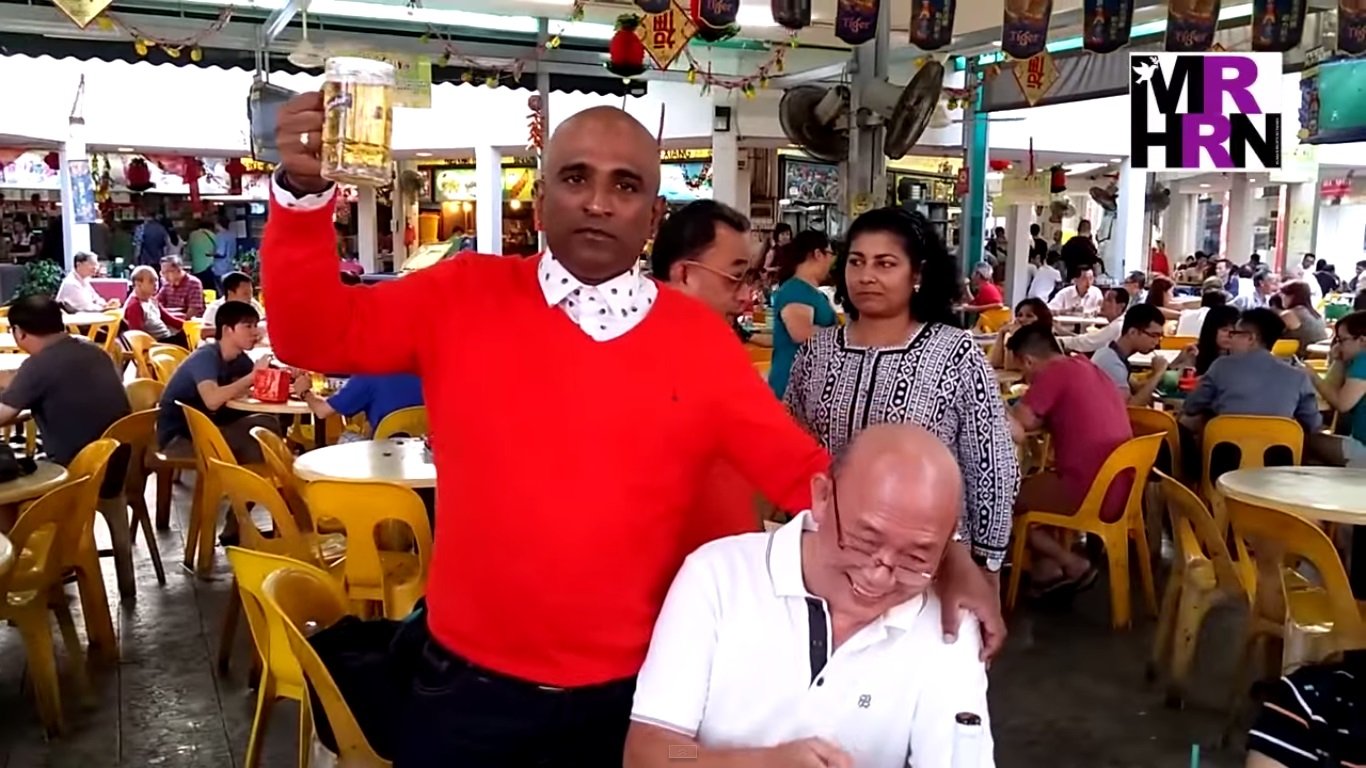 Human Rights Lawyer M Ravi has been spending lots of time on walkabouts around Ang Mo Kio, after announcing he’s contesting for the Group Representation Constituency (GRC) in the upcoming General Elections.

He has also been posting videos of his adventures on his Youtube account, and these videos make for rather entertaining viewing.

Yep, that is Prime Minister hopeful M Ravi, clutching a cigarette in one hand, holding a mug of beer in the other. While other candidates may choose to turn up shaking hands and holding babies, Ravi prefers to connect with the constituents by appealing to the coffeeshop folk.

All while hosting his own walkabouts like a reality show.

He clinks mugs, makes small talk, and is surprisingly blasé about staying in parliament.

We are independent… we don’t report to the party chief; we report to the people. We don’t care party. If tomorrow we lose, we go back to our kampung.

Along the way, Ravi reveals other fascinating facets of his personal life.

In the above video, he speaks about racial equality and how we are all “one race”, but should still use Malay since it’s the official national language.

All while speaking in Malay.

Ravi ends off the video with a fair warning:

Which translates as: “When M. Ravi comes, uncle will run away”.

Who knew Ravi was so fluent in languages?

If Ravi does get elected, Minister Chan Chun Sing might have a challenger for the title of Best Dancer in the parliament.

Ravi belts out his favourite tune while on the trail of Ang Mo Kio GRC.

The man behind the glasses

BTW the man in glasses seen with Ravi is Abdul Rahim bin Osman, who ran for elections with J.B. Jeyaretnam in 1997 for Cheng San GRC under the Workers’ Party banner. He later contested for Tampines GRC in 2001 with the Singapore Democratic Alliance, and was a announced as a member of the Reform Party in 2010 despite not running for the 2011 GE.

Say what you want about the man, but you can’t accuse Ravi of failing to connect with the electorate. From greeting coffeeshop patrons in various languages, to presenting his neighbourhood walkabouts like an impromptu talk show, this man’s campaign is markedly different from any that we’ve seen. But will voters bite? Or will his heartland style be deemed too casual for government?

Only time will tell. For now though, Ravi might want to consider cutting down on the booze. The beer belly’s showing a bit. 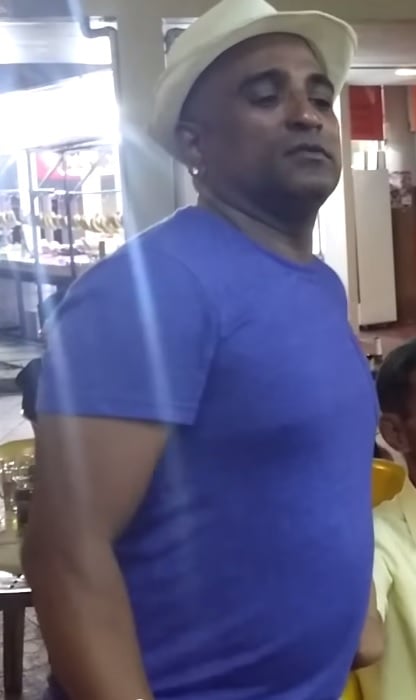 Will you vote for M Ravi?

Featured Image via Youtube
With references via Yawning Bread