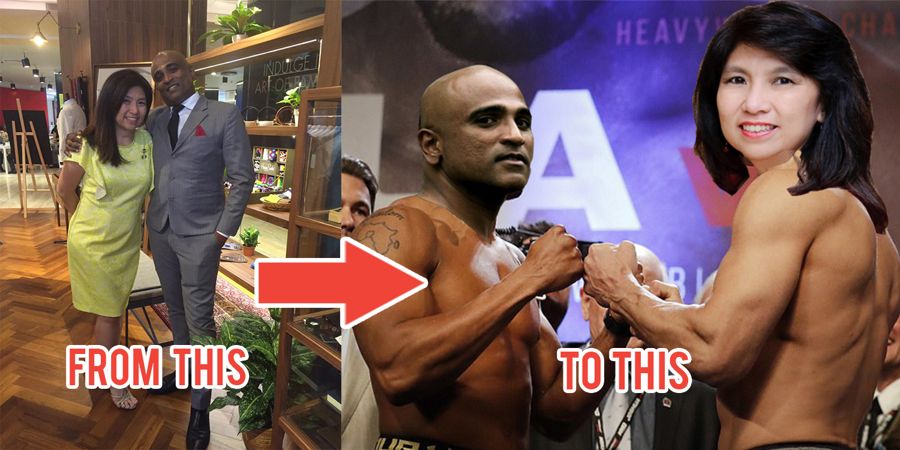 On the 8 Aug, lawyer and member of Singapore People’s Party Mrs Jeannette Chong-Aruldoss posted on her Facebook page that she was assaulted by former colleague, Mr Ravi s/o Madasamy (M Ravi), at her law firm, Eugene Thuraisingam LLP.

Chong-Aruldoss claimed that she was physically assaulted at her workplace as she was approaching her office. 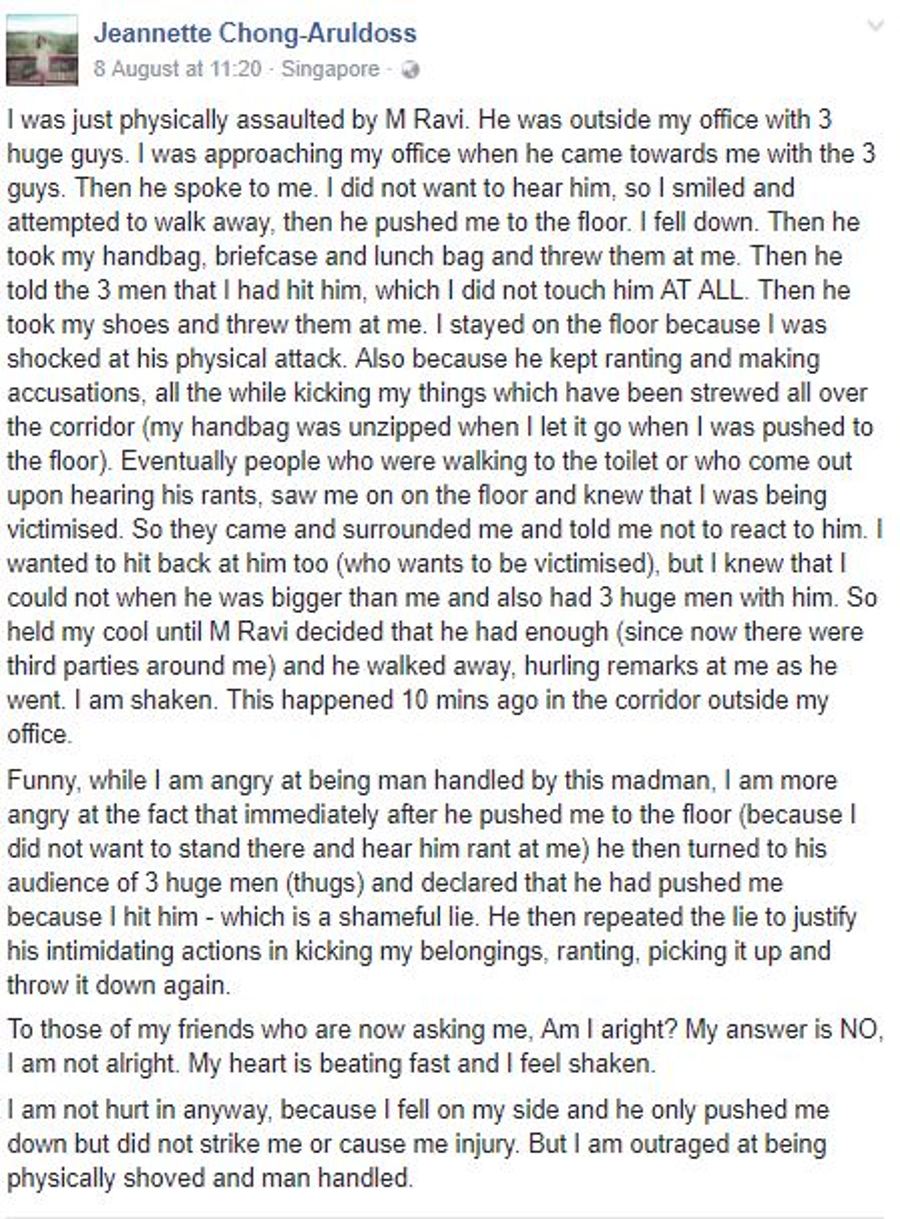 However, The Straits Times reported that Mr M Ravi claimed that it was Mrs Chong-Aruldoss who pushed him first, before falling down herself.

He later added that he would be “releasing the video after National Day”.

This suggested that M Ravi was telling truth, because surely nobody in the right frame of mind would release a video that would incriminate themselves.

Except a video has appeared, and it clearly show M Ravi pushing Chong-Aruldoss first.

Here’s what we could make out from their exchange:

M Ravi: “50% of the commission Eugene said she will pay and that was all sent to all the partners all the time each month and you can’t deny it if you go to church. Cause there’s no gods here right. Listen listen 50% commission. Listen, listen …”

Hearing enough, Chong-Aruldoss tries to walk past Mr M Ravi shielding herself. Her raised hand comes into contact with Mr M Ravi sending him into a fit of rage

Chong-Aruldoss: “Get out of my way!”

Facts Of The Matter

Now that the truth is out, it paints a bleak picture for M Ravi who was once held in esteem for his cases as a International Human Rights Lawyer.

M Ravi was arrested after the incident,  and is currently remanded at the Institute of Mental Health until his hearing on 25 Aug. He will be charged for three separate incidents — causing public nuisance in Sri Mariamman Temple, voluntarily causing hurt to Chong-Aruldoss, and a rash act against a Mr Nakoorsha Abdul Kadir. He is also facing three charges of housebreaking, but the trial dates have not been confirmed.