A domestic helper made internet headlines when her employer, a local radio producer, exposed her via Facebook on 28 Dec for performing numerous inappropriate acts.

The 24-year-old Indonesian did so despite given generous benefits such as an iPad for unrestricted access to Netflix and unlimited allowance on food and clothing — just to name a few.

Such perks are worth fighting to keep but she didn’t seem to share the same sentiment as the rest of us.

There’s a lot to unpack here, so we’ll help you summarise everything.

This domestic helper was given privileges unlike most others.

She was given fully air-conditioned accommodations that includes a dressing table and a wardrobe — that could very well be filled with her “unlimited allowance” on clothes.

Entertainment such as an iPad with Wi-Fi was also provided for her to access Netflix and YouTube during unrestricted resting hours.

Most employers would also fear the usage of phones would distract their domestic helpers from their daily routines. Mr Ismail provided her with one anyway, but turns out his faith was rather misplaced.

Allegations that led to the maid being sent home

Upon discovering his maid’s Instagram account, Mr Dzar Ismail also found out she had abused these benefits.

The 24-year-old allegedly snuck out of the house, used her employers’ clothes and make-up, and surfed pornography on her phone.

At first, this sounds like another case of having a rebellious teenager in the house, but the case gets more serious as the allegations pile up. The domestic helper posted photos of herself committing various inappropriate acts on Instagram, with at least one displaying herself to be ‘consuming’ alcohol. “Drinking in my house.” – Captioned by Mr Ismail
Source

Living in a Muslim household, she could have at least have been more sensitive.

Not only has she allegedly performed lewd and inappropriate acts during her employment, she has also neglected her duties to provide due care for Mr Ismail’s daughter.

No surprise that such actions eventually left her with a one-way ticket back home.

Some accusations were exaggerated?

In Mr Ismail’s anger and disappointment, some of the listed accusations appear rather exaggerated. For example: 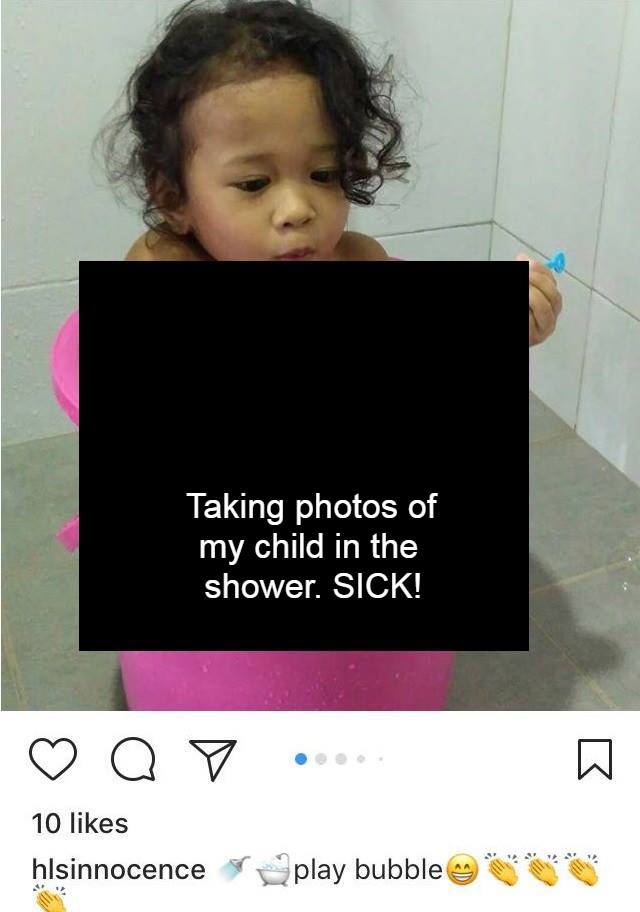 Taking a photo of my daughter while showering
Source

Who could possibly resist the cuteness of innocent babies and toddlers doing their thing? This photo taken by the domestic helper doesn’t seem to be borne out of dubious intentions.

However, with all the others ‘sins’ she has committed, we cannot blame Mr Ismail for taking the steps necessary to protect his daughter.

Mr Ismail is also reportedly sending his daughter for psychiatric assessment as a precaution.

Sent back home and requested to be blacklisted by MOM

After working for Mr Ismail and his family for a year and 3 months, the Indonesian domestic helper has since been relieved of her duties and sent back to her hometown in Kapten Kesihin, Tulungagung, Indonesia.

Mr Ismail has also raised the matter to relevant authorities in a attempt to ban her from working in Singapore as a domestic helper again.

However, it is important that we do not gather our pitchforks and overreact by painting all domestic workers with a broad stroke. After all, this is the experience of one Singaporean, and we’ve only heard his side.