Must Share News – Independent News For Singaporeans
Home News Malaysian Students Sent For Motivational Camp, But End Up Getting Arrested For... 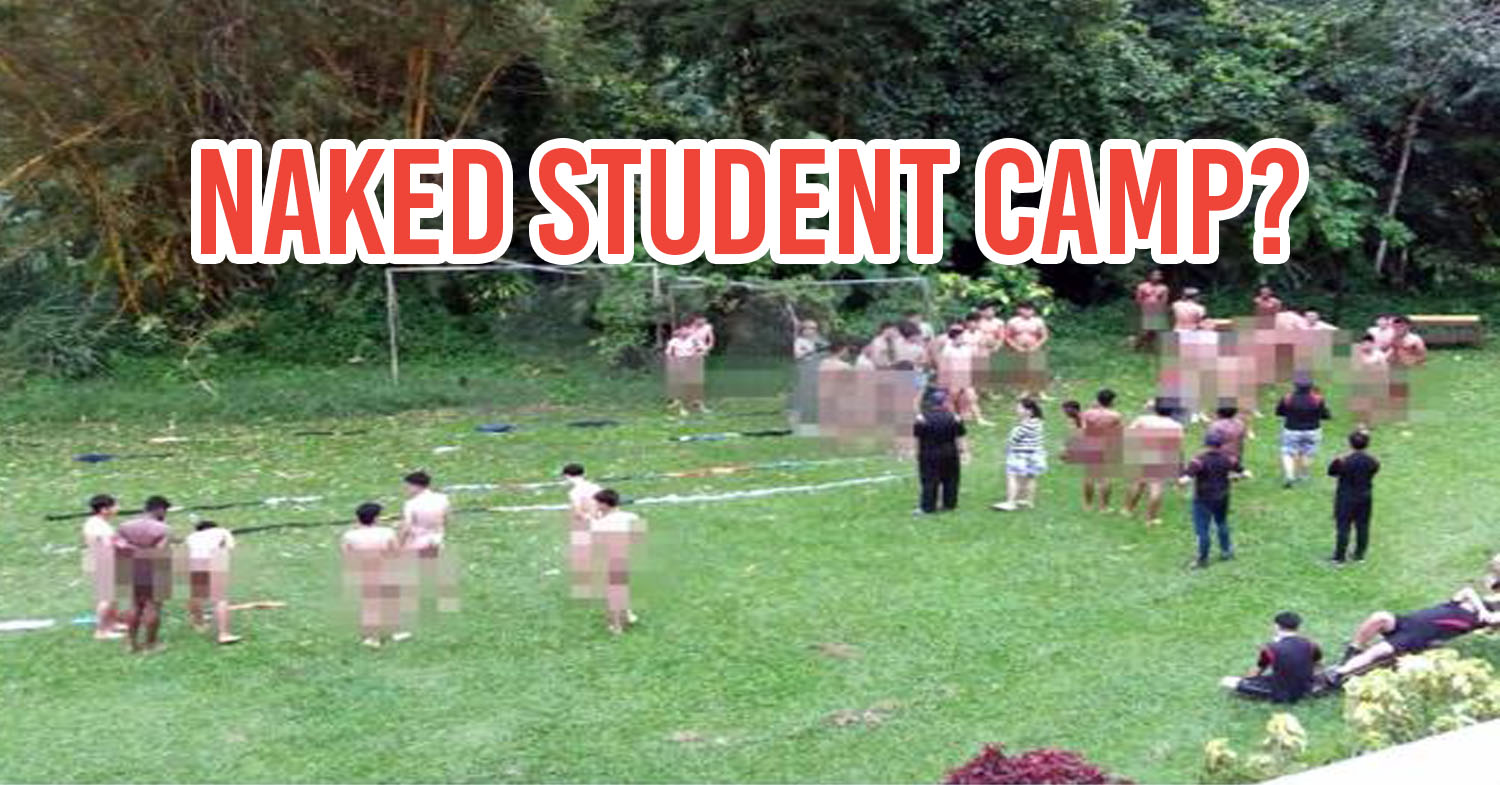 Orientation games in university, poly or even junior college can get a bit wild. But have any students ever gotten arrested for public nudity after an orientation game? Well, these 23 students did.

So our good neighbours across the Causeway just had to try to outdo us. Some students in Malaysia just decided it would be a good idea to strip naked during a motivational camp, according to Lianhe Zaobao.

Here’s a screenshot of the Lianhe Zaobao website with the news: 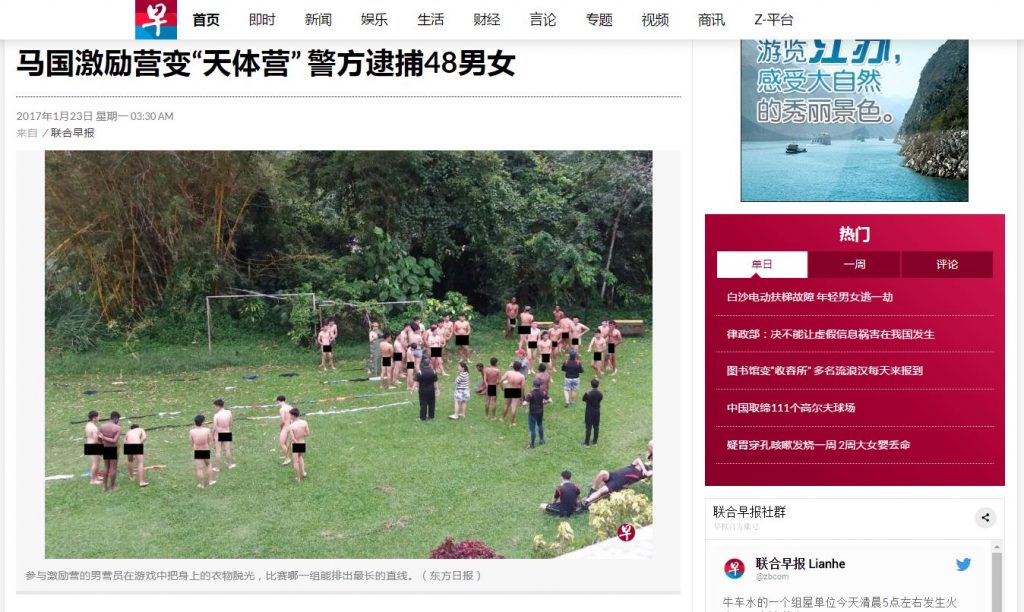 Nope, this was not a nudist camp, but a simple motivational camp organised by an investment company. Participants of the camp were taking part in a game called “All Out”, where they had to form a line with just items on their body. The group with the longest line wins.

So… what happens when you get 39 competitive guys trying to form as long a line as possible with just their clothes? Well, you get 39 nude guys and a lot of clothes tied up on the ground.

The police got a complaint about the naked romp at the Selesa Hill Homes and Golf Resort on Saturday evening. They raided the place and arrested the 39 guys, who were all aged from 19 to 23 years old.

The police chief said that 23 of them were students. 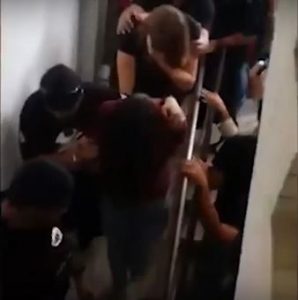 Not surprisingly, some netizens were merciless in their mocking.

“Most of the students had been sent by their parents to attend the course,” the police chief told The Star claimed.

According to Malaysian website The Sun Daily, the resort manager was not aware of the activity that resulted in the participants stripping down.

Sounds familiar? That’s because in our university orientation camps, students also did not expect to be participating in suggestive activities, but found themselves doing so anyway.

Why did that happen?

“During the game, several participants began to take off their clothes to make a longer line and the others began to follow suit to the extent of stripping naked”- Bentong Police Chief Mohamad Mansor Mohd Nor

Indeed, as youths who want to fit in, peer pressure can be a powerful force. 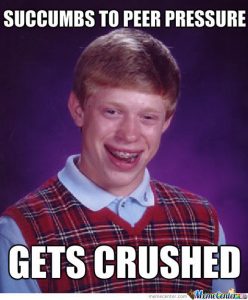 As we express shock and disgust at the audacity of these campgoers, or poke fun at them, perhaps we should also take a step back and consider why such actions were taken in the first place.

Ultimately, they are just youths who got sent to a camp and tried to fit in by doing whatever other camp goers were doing.

In spite of the extreme nature of this camp activity, we can draw a parallel to Singapore’s university orientation camps, where some students alluded to the fact that peer pressure made them accept games with strong sexual overtones.

Prevention Is Better Than Cure

Surely, to solve the problem of sexual overtones in camp games, we should look to the root cause.

“Clinical sexologist Martha Tara Lee said the instances of lewd and disrespectful games could be partially due to the lack of comprehensive sexuality education that emphasises consent.”- The Straits Times

Ultimately, we should fall back on education to change the mindsets and perceptions of our youths, and eventually promote a healthier bonding culture in camps.