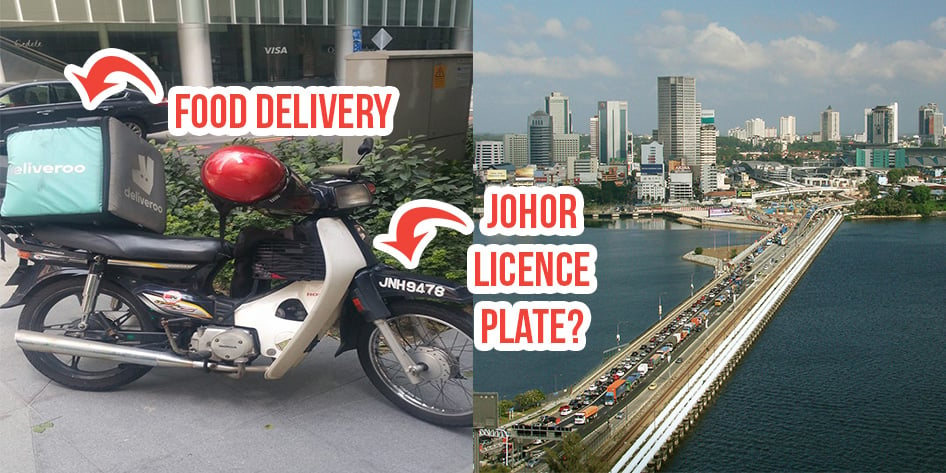 Are Malaysian Bikers Without Licences Freelancing In Singapore?

When people are too lazy to leave home or the office to get food, and order from a delivery service, they’re usually not thinking of anything but the food and when it will arrive.

But perhaps they should be thinking of this — does the person delivering your food even have a licence to ride a bike?

A netizen named Prakash Jai gave us some food for thought when he posted a photo on Sunday (July 23) of a bike that appears to be Malaysian-registered (a licence plate that starts with “J” is usually from Johor) with a Deliveroo case on it. 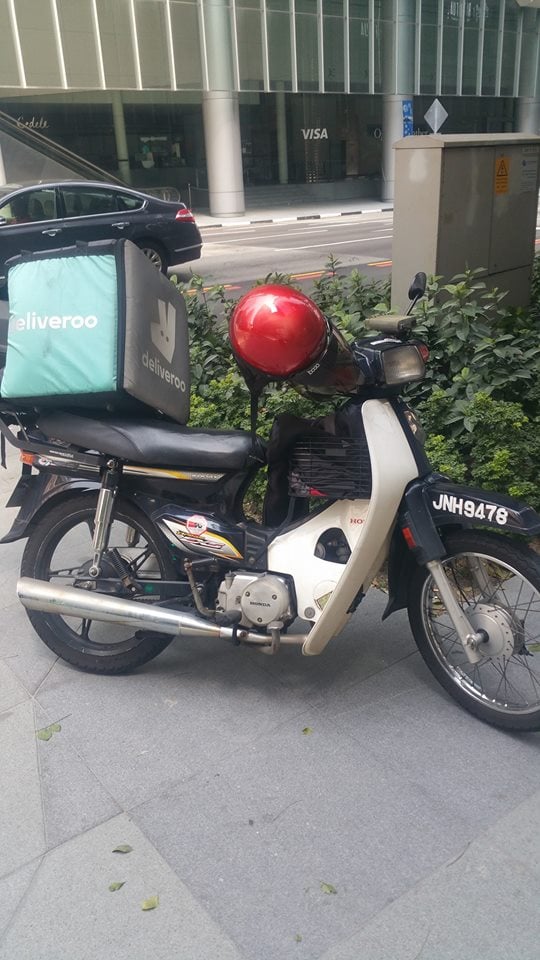 According to Prakash Jai, he met the rider of this bike in the afternoon at Robinson Road, and had a chat with him.

The chat he had was illuminating, to say the least, as according to Prakash Jai, the biker told him that “many companies in Singapore” are hiring Malaysians as freelancers.

In fact, according to him, the incentives that these Malaysian freelancers get are better than what Singaporeans would get, upon conversion.

And these freelancers are relatively unregulated, as apparently they come into Singapore on a 30-day social visit pass, not an employment pass or anything.

Worse still, Prakash Jai claimed that the driver told him that he didn’t have a Malaysian or Singapore driving licence, and there are many more like him, who ride on Singapore’s streets without a licence or insurance — and nobody checks them.

Here’s the post by  Prakash Jai where he makes the eye-opening claims.

Now, if what he says is true, it’s astonishing indeed — we wouldn’t know whether to be indignant that Malaysians seem to be getting better job deals than Singaporeans, or alarmed that bikers without licences are plying our streets and threatening our safety. Probably both.

A netizen pointed out that Malaysians have the advantage should they really be coming to Singapore to work, as it’s much cheaper for them to ride:

Another blamed greedy businesses for a situation where Singaporeans are disadvantaged in the job market.

We hope the authorities can clarify whether the situation described by Prakash Jai is indeed happening.

Or at least, explain whether a bike that seems to be registered in Johor is allowed to work as a food delivery rider in Singapore.