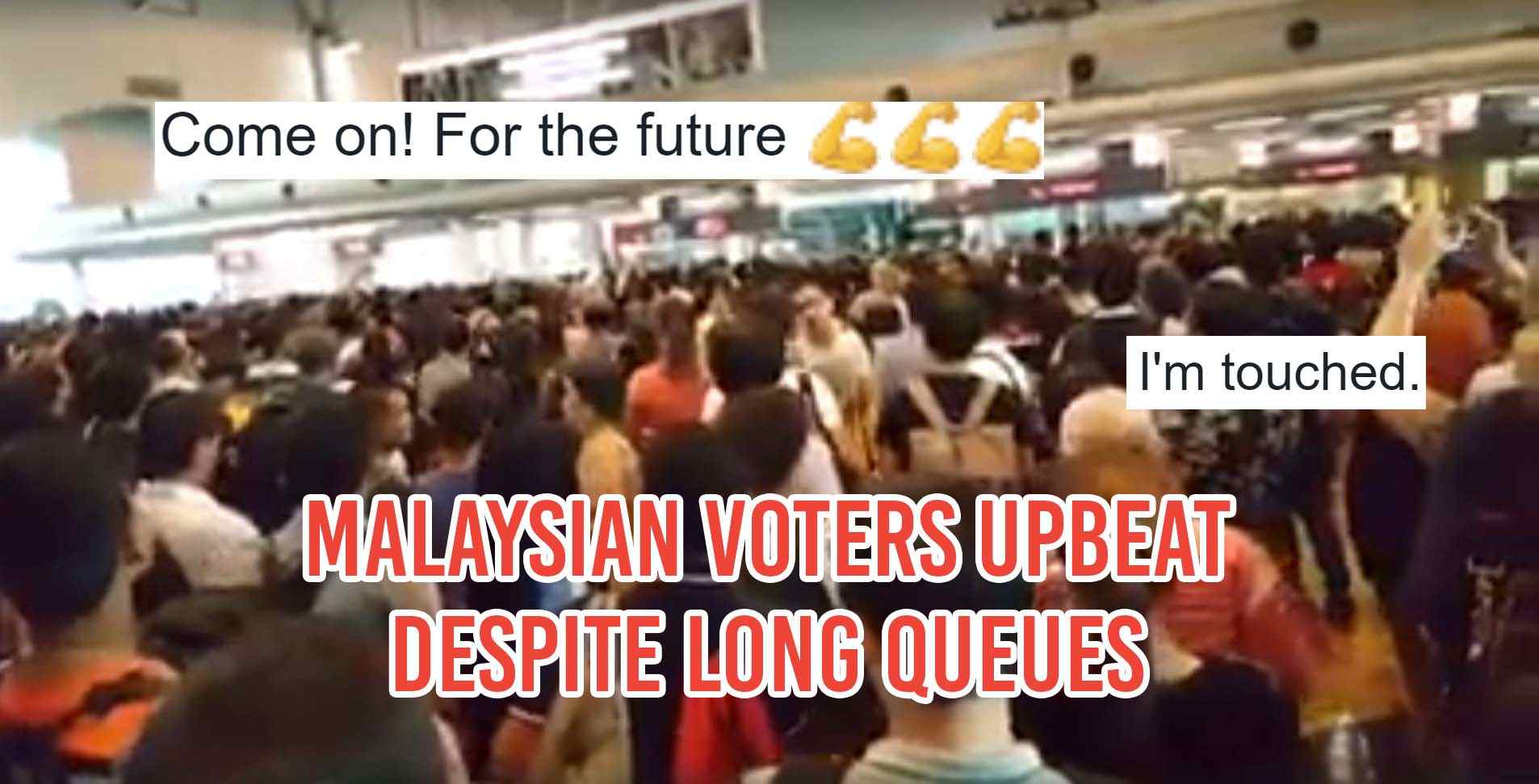 Crowds of Malaysians were seen cheering at the immigration checkpoint in Johor Bahru (JB) despite long queues.

Morale seemed generally high as people waited to return to vote in the fiercely-contested Malaysian general elections, held from 8am to 5pm today.

A video posted on Facebook showed a packed immigration hall abuzz with excitement, as people waited to pass through the checkpoint.

The post’s caption highlighted the patriotism of Malaysians living in Singapore. 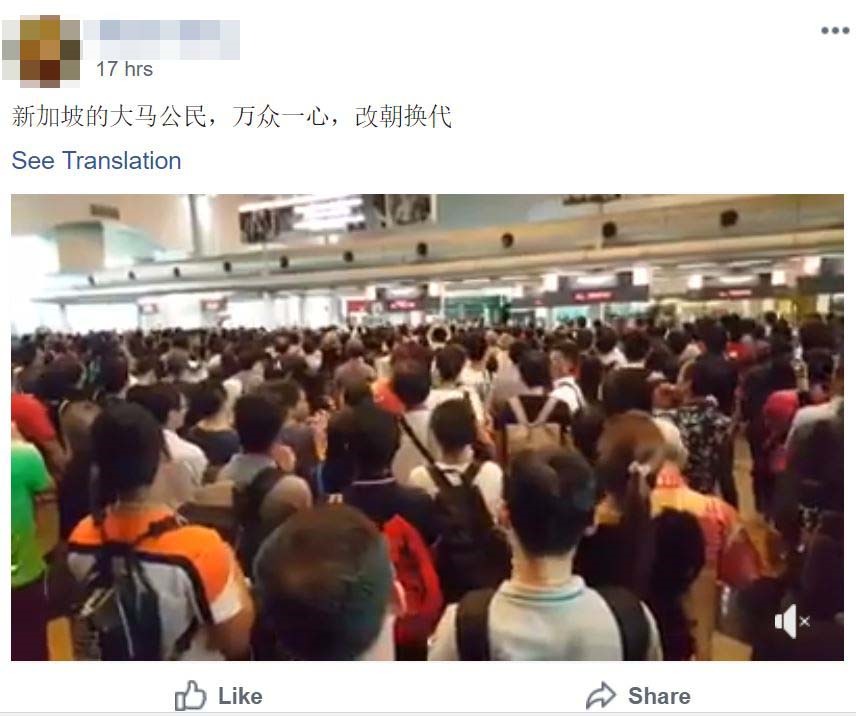 You can view the video in full here:

Excitement was palpable online too, as comments cheered the “generals of the country” on their return to Malaysia.

English: “All the best, we’re all generals of Malaysia”
Source

Malaysians returning to vote were also thanked for their hardwork.

English: “It’s been tough on you”
Source

And lauded for doing their part and duty for the country.

English: “Jiayou! For our future”
Source

But not everyone has had an equally pleasant experience with queues in the run-up to the elections.

Debunking the ‘fake news’ that travellers headed towards Malaysia were stuck at its Woodlands and Tuas checkpoints.

In the post, it also clarified that there were no problems with the clearance systems at both locations.

They said that “the clearance was good“.

And that there were “no issues at all” on the Singapore side.

Another Facebook user also posted a video revealing that the jam was not on the Singapore side, but at JB customs instead.

The caption of the post described his experience on Singapore’s end smooth, but problematic in JB. 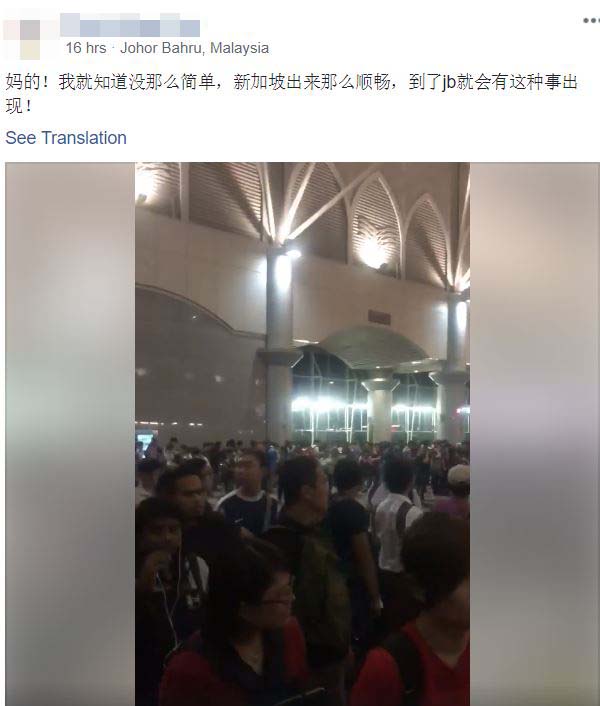 You can watch the video here:

People seem to be milling about snaking queues in the video, at what appears to resemble the JB immigration checkpoint.

Of course, most of them largely lack the exuberance exhibited by queue participants in the earlier video.

No matter where the queues were, we’re glad that Malaysian voters still seem very upbeat and patriotic.

We wish all our Malaysian friends and colleagues, a fruitful journey to the polls, and a safe return trip ahead.