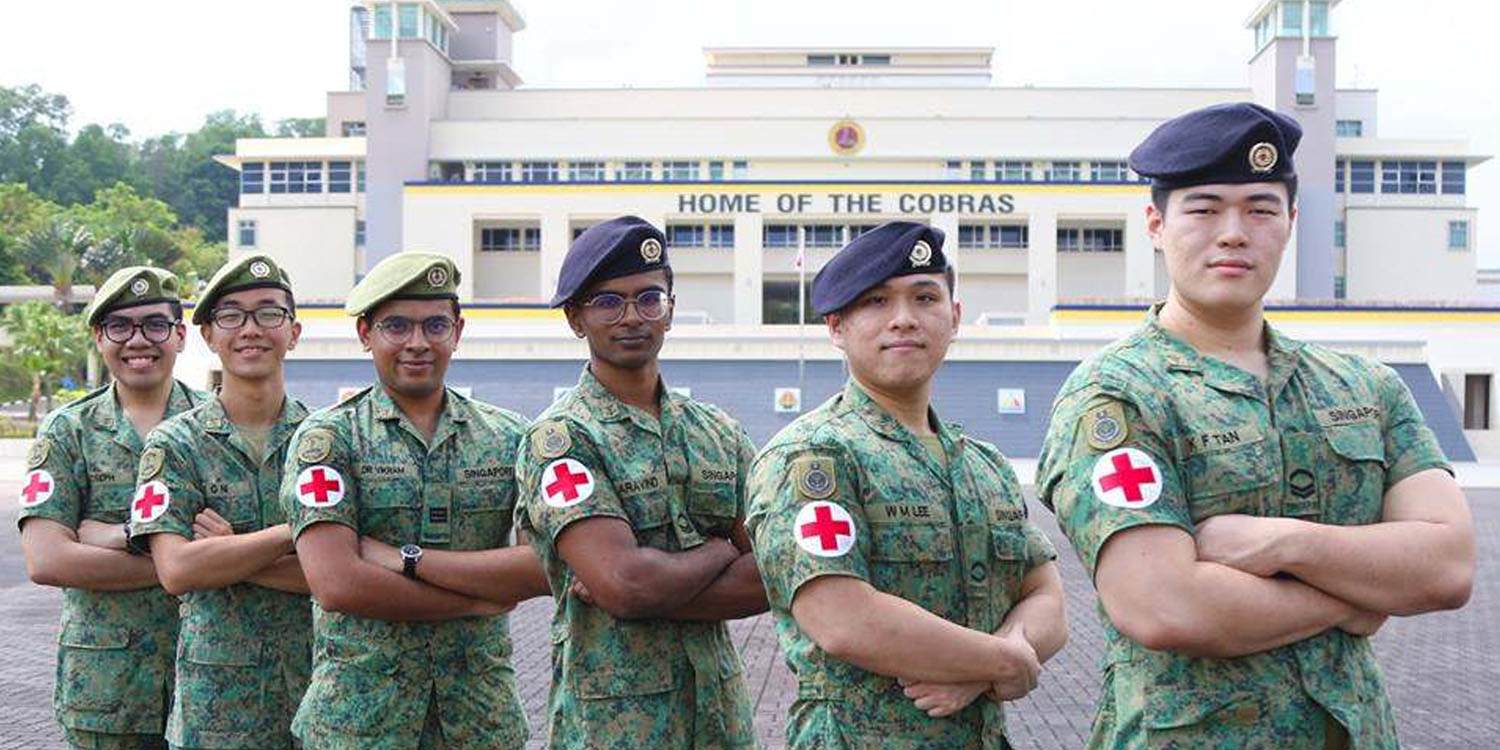 Army Medics Rushed To The Scene Upon News Of The Accident

Day in, day out, our army boys in the Singapore Armed Forces (SAF) work hard to ensure the safety of people in Singapore.

And not only out at field, they also provide invaluable help to everyday civilian lives, such as in the following case of a road traffic accident.

In a Facebook post dated 20 Feb, the Singapore Army praised the swift actions of 6 army medics in providing aid to the victim of the accident which happened outside their camp. 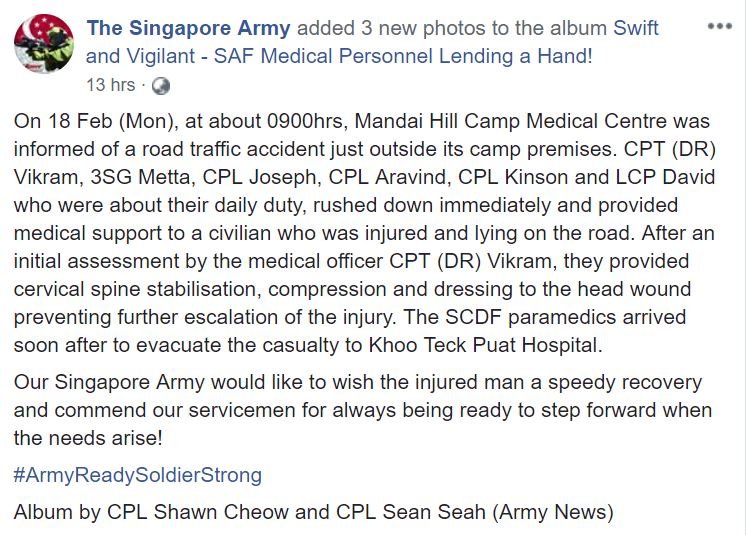 Accident involved a mini bus outside the camp

At about 9am, the Mandai Hill Camp Medical Centre was informed of the accident.

Army medics promptly at the scene

The army medics, who were going about their daily duties at the camp, went out of their way and rushed down immediately to provide medical support to the man. 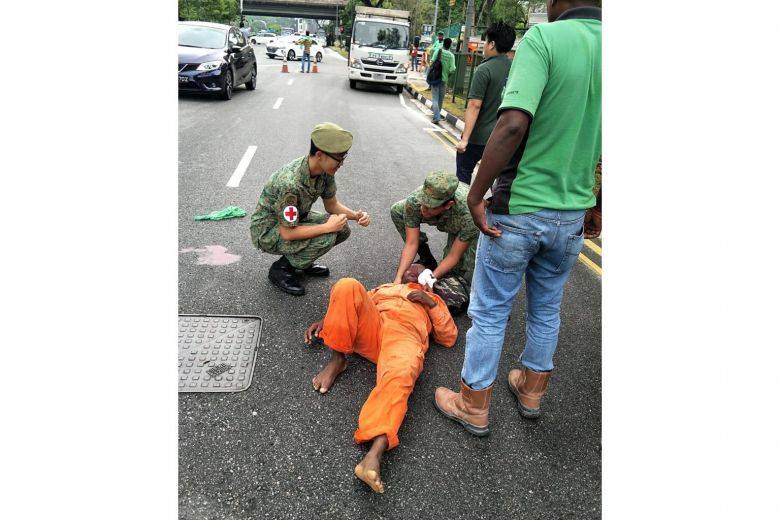 After an initial assessment, they determined at the scene that the man’s conditions were serious, and promptly performed the following treatments on him to avoid further aggravation of his injuries:

Swift actions may have just saved a life

In times of accidents, every second matters, and the actions of these 6 quick-thinking servicemen might have just saved another precious life.

On their actions, one of the medics, 3SG Metta, emphasised that in the line of duty, they were taught to “care beyond [their] military community”.

We have to care for anyone in need in our civilian society as well.

We wish the injured man a speedy recovery, and here’s to all servicemen in the line of duty.

Kudos to all of you for always being ready to step forward in times of need!