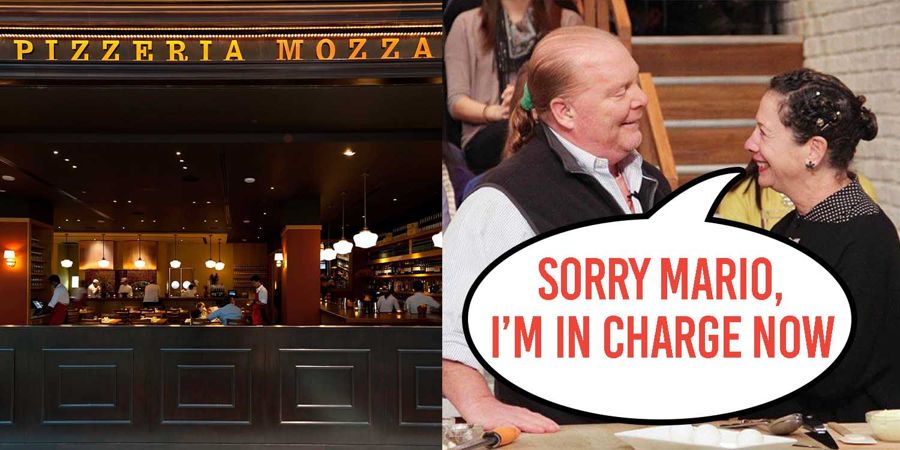 The sordid details of his alleged harassment of four women – three of his staff and a member of the food industry- were exposed recently in an article by Eater, a food website.

Curiously, his two restaurants at MBS have promptly distanced their brands from his name, removing his profile from their official websites. They’ve even gone to the extent of rebranding them with his partner Nancy Silverton instead.

During an interview with a prospective chef, Mr Batali allegedly groped a woman’s breast with his bare hands. Another former worker, told of how the 57-year-old repeatedly “grabbed her body from behind” and “held her tightly against his body”.

Another woman declared that Mr Batoli also intentionally blocks exits to compel her to straddle him in order to get pass.

The chef should probably keep his hands in the kitchen if he knows what’s good for him.

The Restaurant Lives On

Despite Mario Batali finding himself in hot soup, his two restaurants in the Shoppes @ Marina Bay Sands carry on operations.

Instead of being associated by the esteemed chef, it now runs under its co-owner’s name: Nancy Silverton. 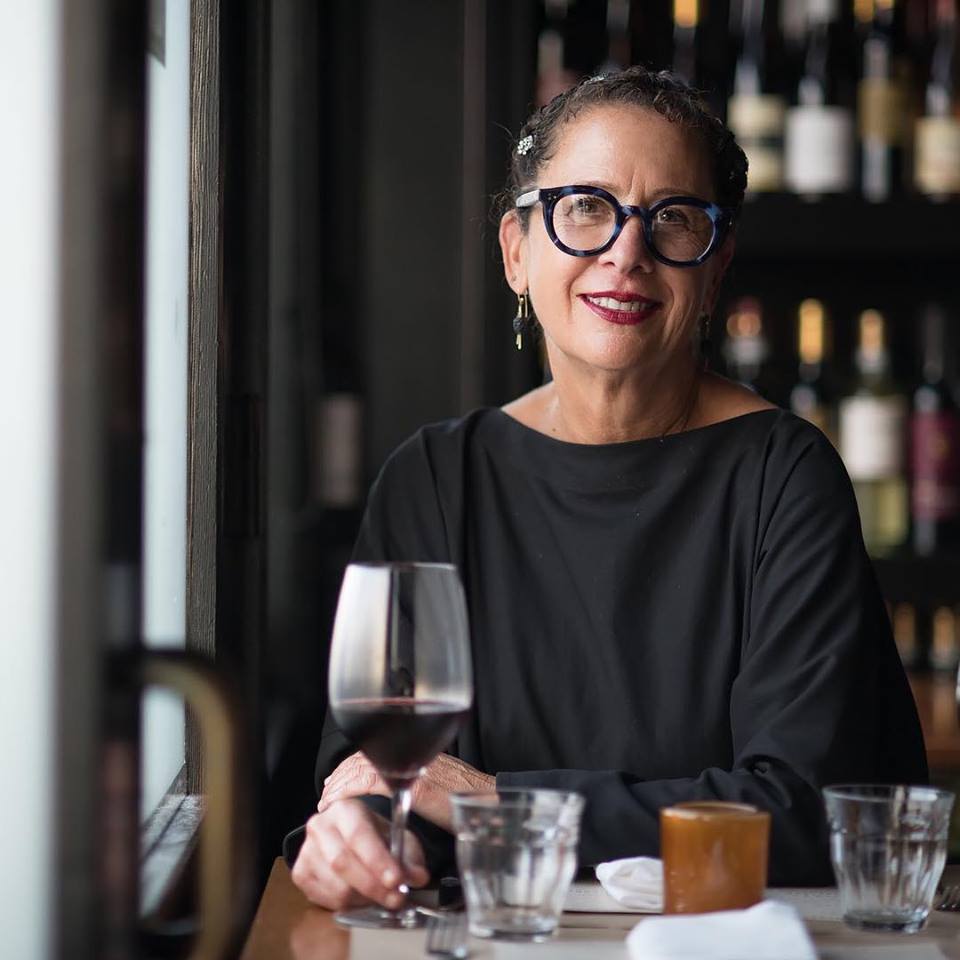 In the world of celebrity chefs, the chefs themselves are the brand. Remove the chef’s name from the restaurant and it remains as another establishment — just without the special chef there to claim credit for the food.

The same can be said here.

Because Nancy Silverton is a unique brand in her own right, re-associating the restaurants under her name means that the concept of the establishment – in terms of cuisine and style – is retained while it represents the values of a different personality.

Imagine our MRT network being over taken by JR (Japan Rails) from SMRT. The main product – train service – remains the same, but reliability and punctuality would be entirely different simply because it is run by JR’s values.

So lets just enjoy our food.

At least now, we wouldn’t be worried of the possibility that the owner would surprise us with an inappropriate gesture.

An order of apology with a side of cinnamon roll pizza

Yet, Mr Batali has admitted to these allegations saying how the “behaviour described does, in fact, match up with ways I have acted”.

He recognised that his actions were indeed wrong and there are “no excuses”.

Since then and in response, Mario Batali has stepped down from his restaurant businesses.

However, while Mr Batali may seem more like Mr Gatsby by stepping down from his business as a consequence of his mistake, his earlier apology doesn’t seem as sincere. 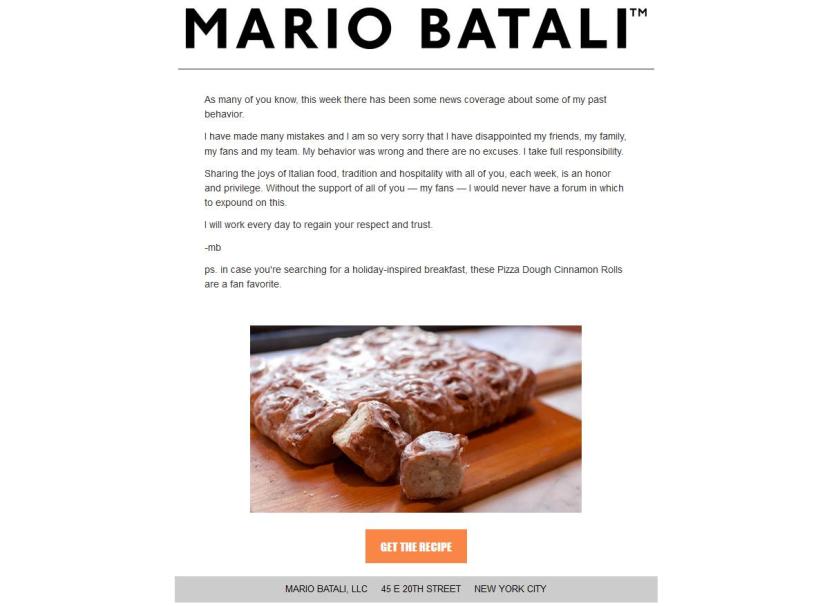 On the surface, an apology with pizza at the end may seem humorous but the deeper message behind such a PR stunt is more detrimental.

Not taking an apology seriously is worse than not apologising at all.

Here, the statement released by Mario Batali not only shows that he wasn’t being serious, it also shows that he undermines the allegations made against him.

Being a man of high reputation, that shouldn’t be the case.