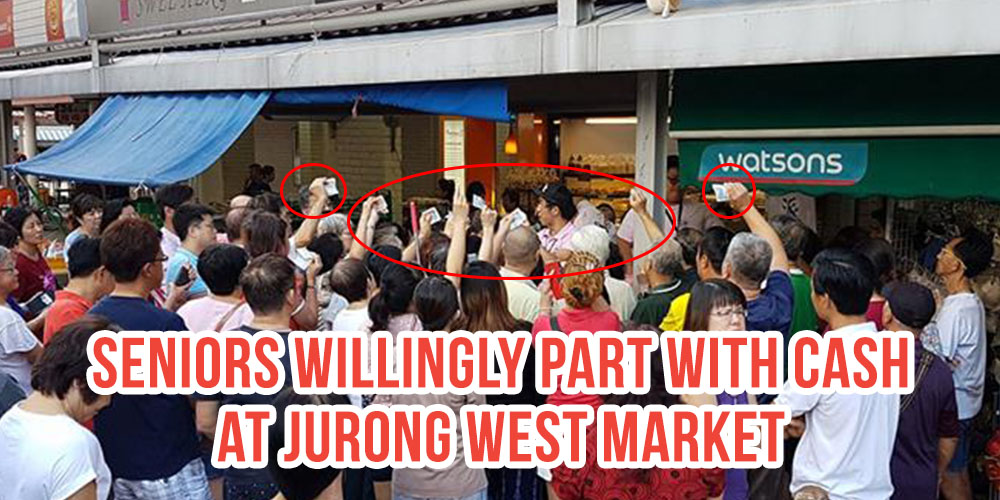 Hide your wife, hide your kids. In particular, hide your elderly parents.

A disturbing video of a bunch of seniors waving $50 notes in the air for a ‘promotion’ has been circulating on social media.

In a curious turn of events, this dubious marketing tactic has only been gaining steam, allegedly appearing in multiple locales within heartland areas.

You can check out the video in full here. We explain why it’s best to warn your loved ones about this new scam targeting the elderly after the jump.

These scammers use aggressive selling tactics to convince the elderly to eventually part with their money.

You may think that seniors are smart enough to get out of it.

But the modus operandi of these sellers – which we are about to delve into – makes it extremely difficult to identify the scam before it’s too late.

The unravelling of this scam simply began with a Facebook post, uploaded by Mr Garren Neo back in July last year.

The post – accompanied by a video and several photos – detailed a dodgy marketing ploy which generally targets seniors. 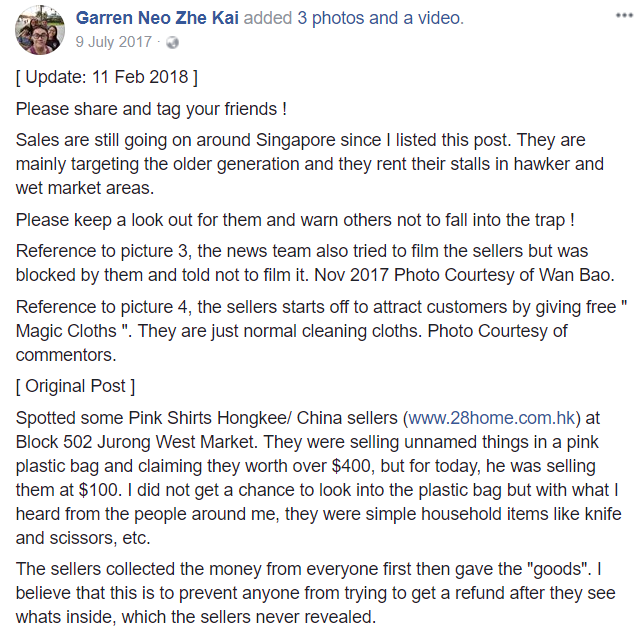 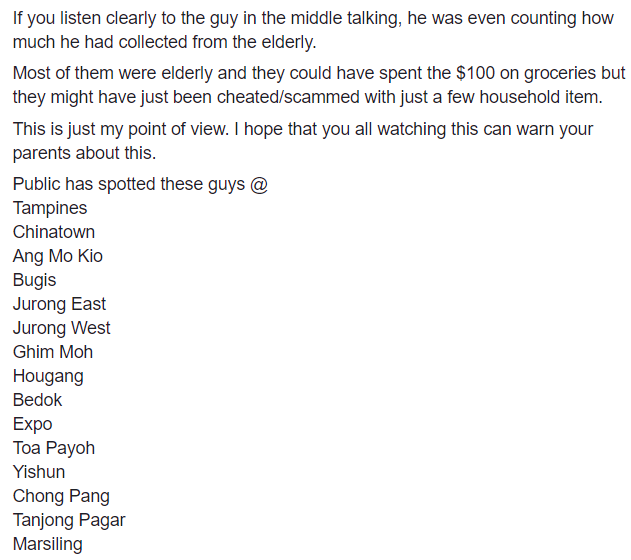 Here’s a brief summary of Garren’s take on the dubious marketing tactic used:

Garren even shows a picture of a ‘magical cleaning cloth’ that was promised as a freebie to the old folks. 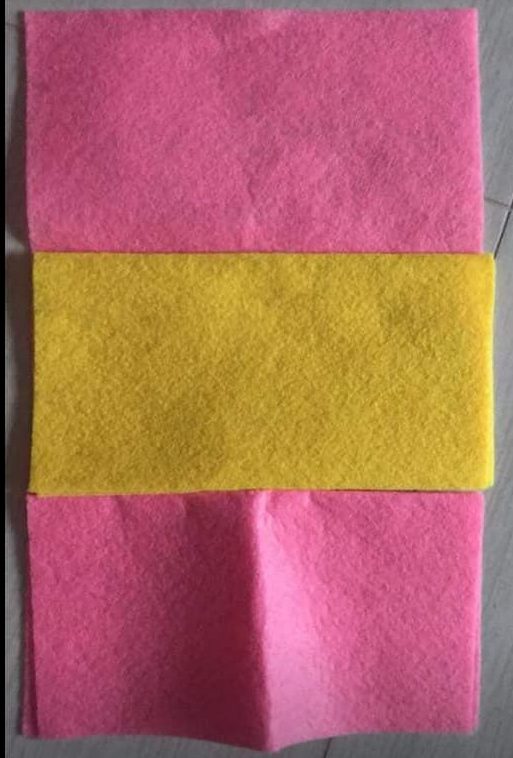 Honestly, we’re not really feeling the magic as it looks like a regular piece of woven fabric.

Garren concludes his post by listing some districts where this marketing trap has emerged, urging everyone to remind their elderly family members to stay vigilant.

Damn, back at it again

Karen gives us further insight this time into the unscrupulous tactics employed and even suspects that hypnotism is involved. 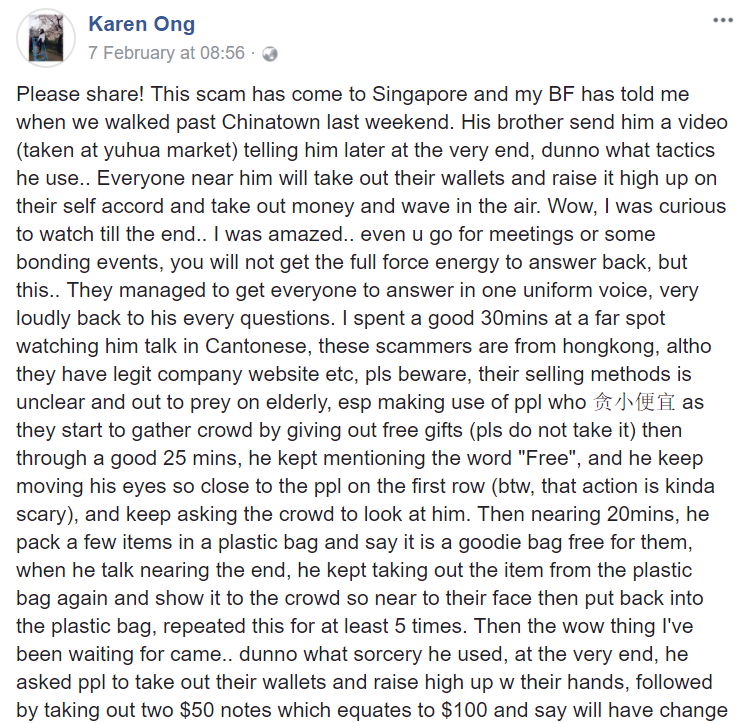 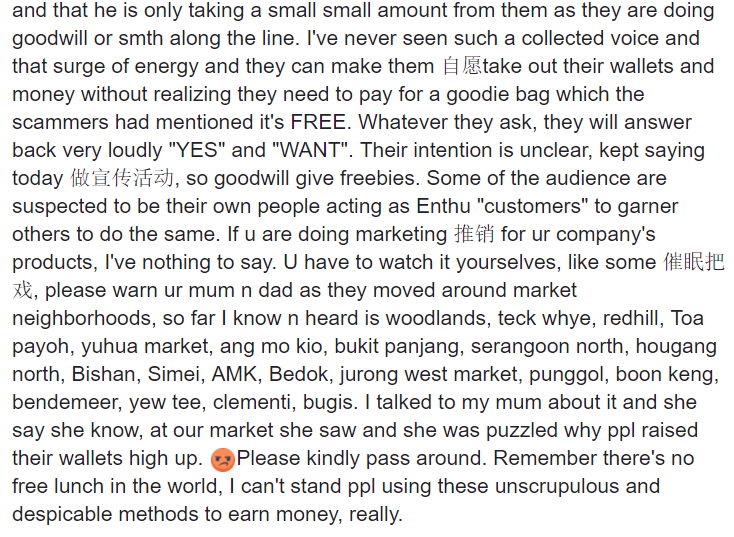 As described by Karen, this was what her boyfriend witnessed at Yuhua Market:

This results in the elderly victims remaining unaware that they’re actually paying for a goodie bag that was initially promised as a freebie to them.

Karen reiterates her disbelief at the situation and warns others to let seniors around them know of this unscrupulous practice.

Turns out, Lianhe Wanbao previously reported about this ‘freebie marketing tactic’ back in Nov 2017. Additional details included in the news report, on top of what we already know from the Facebook posts, are as follows:

Upon tracing the logo on the seller’s shirts, they appear to be a brand that sells household items. 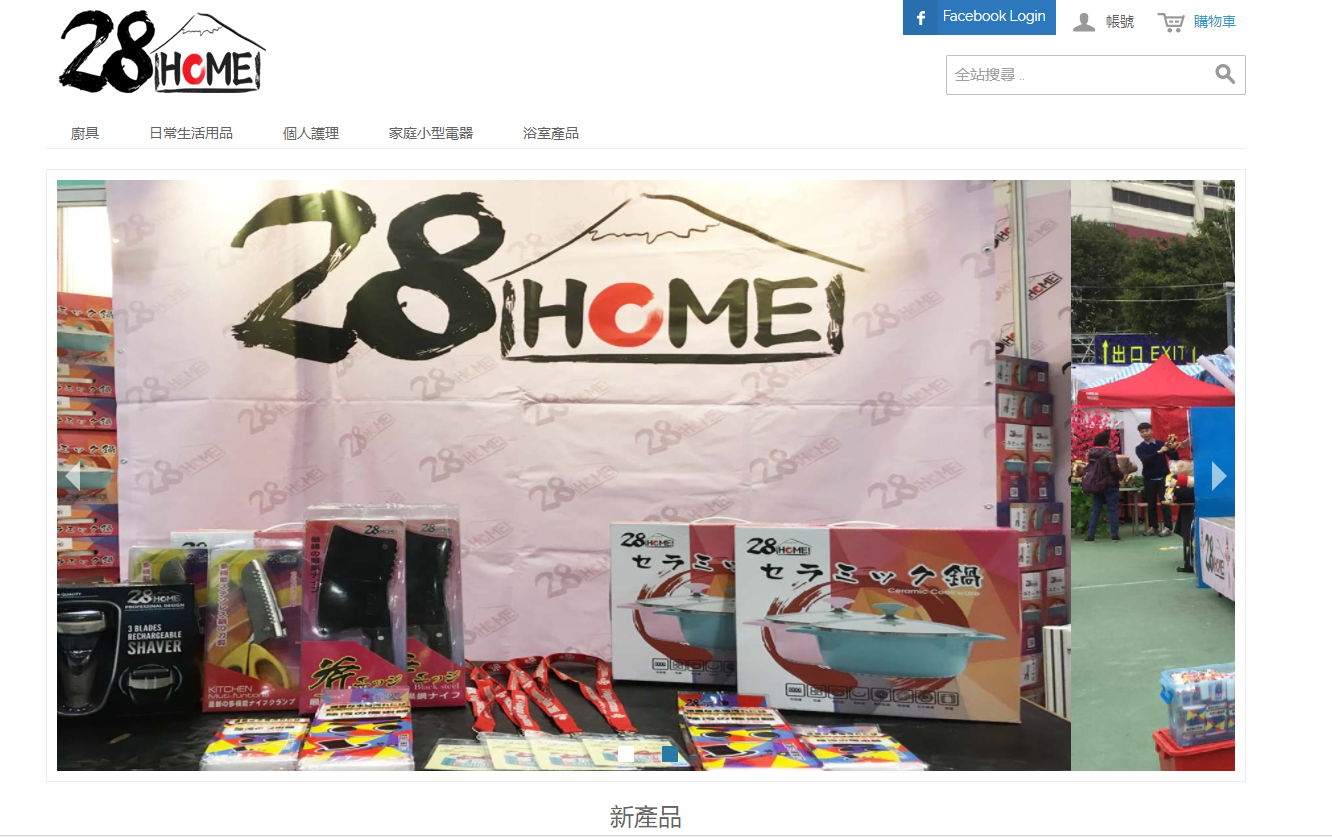 There’s no element of dodgy selling tactics as far as we can see.

Also from what’s been uncovered so far, we’re still not sure if the enthusiastic seniors observed from the video are actually hired by the sellers.

However, the sight of these seniors being so willing to part with $100 in cash remains pretty unbelievable.

Hotspots in the heartlands

This marketing tactic has been spotted at various heartland locations around Singapore.

Here’s a list of the known hot-spots where these unscrupulous sellers are known to operate:

Members of the public are advised to seek help from the police if they encounter any similar scams.

Why does this sales method seem so shady?

When the news team from Lianhe Wanbao tried to film the process, the sellers allegedly blocked and restricted them from filming.

We think that if these sellers have nothing to hide, they shouldn’t be too afraid of being recorded on video.

Some have also theorised that these sellers have planted people in the crowd, which is not illegal but rather unethical.

Regardless, an upright seller shouldn’t promote a free product before proceeding to collect payment for it.

To prevent senior members of your family from becoming a possible victim too, it’s best to share this with them so they can adequately protect themselves from it. 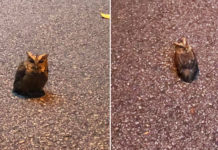