Must Share News – Independent News For Singaporeans
Home News By-Elections Should Only Be Called When All Seats In GRC Become Vacant:... 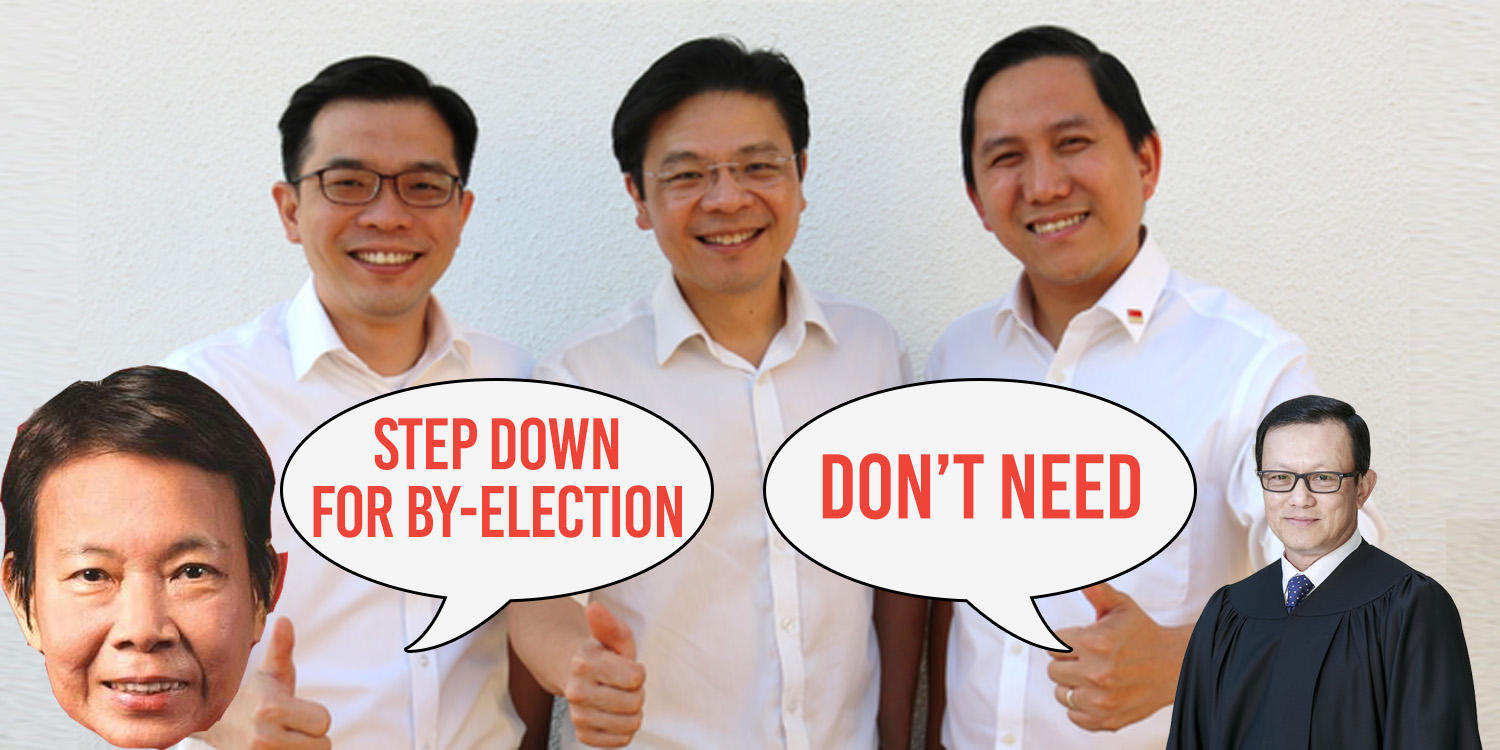 Well, it looks like residents of Marsiling-Yew Tee GRC won’t be able to vote for their MPs a couple of years early.

That’s after the High Court threw out a lawsuit on Mon (9 Apr) from the Singapore Democratic Party (SDP)’s Dr Wong Souk Yee over the matter.

In case you’ve forgotten (you probably have), Dr Wong, SDP’s assistant treasurer, had filed a lawsuit in 2017 challenging the Government’s decision to not call a by-election in Marsiling-Yew Tee GRC.

Marsiling-Yew Tee, of course, is the former constituency of Mdm Halimah Yacob, who had resigned to run — albeit unopposed — for President.

After she resigned, three MPs represented the GRC, instead of four.

Why Dr Wong went to Court

Dr Wong, a Marsiling-Yew Tee resident herself, argued that the vacancy left in the wake of Mdm Halimah’s departure should have filled by a by-election.

And if the by-election could not be ordered by law, Dr Wong suggested that the remaining 3 MPs of Marsiling-Yew Tee GRC step down and make way for it.

Dr Wong also argued that Mdm Halimah’s resignation meant that Marsiling-Yew Tee was short of an elected minority MP, since the constituency was now represented by three Chinese men.

But earlier last year, Minister in the Prime Minister’s Office Chan Chun Sing dismissed the need for such a by-election, saying that the actual goal of GRCs — to have minority representation in Parliament — had been met in the 2015 General Election.

Dr Wong was probably encouraged to go ahead with legal action after poring over Singapore’s Constitution.

After all, to the casual observer it appears that Dr Wong’s motion is backed by Article 49 (1) of the Singapore Statutes, which states:

The Government has to call for a by-election when “the seat of a Member … has become vacant”.

I mean, it’s written in the Constitution and everything!

But as it turns out, there’s plenty of wiggle room in this particular law. You just have to know where to look.

Why the Court said no

In dismissing the lawsuit on Monday, Justice Chua Lee Ming said that a by-election should be called only when all four seats in Marsiling-Yew Tee are vacated.

He added that there was no “legal basis” to ask the three remaining MPs to resign, a view echoed by Deputy Attorney-General Hri Kumar Nair in January.

Mr Nair, a former MP himself, said the the High Court does not have the power to force the remaining three MPs in Marsiling Yew-Tee to resign.

In his judgement, Justice Chua concluded that replacing an entire GRC team when a single seat becomes vacant was “simply unworkable”.

Is it time for a Constitutional amendment about by-elections?

Perhaps the entire fiasco resulted from the Constitution’s lack of clarity on the issue — it does not differentiate between Single Member Constituencies and GRCs.

So maybe amending it is the way to go.

The last election-related constitutional amendment was made just 2 years ago, when Parliament voted on matters related to the Non-Constituency MP and Nominated MP schemes.

Perhaps it’s time that Parlaiment looked into this issue too.

4 Times Nominated MPs Spoke Up About Issues That Matter

That year, former NMP Thio Li-Ann had pushed for a motion that required a by-election should the minority member or half or more members of a GRC vacate their seats midterm.

But that motion was thrown out, suggesting that any future attempt to legislate by-elections will not be successful either.

Dr Wong learnt this in a tough way yesterday — Justice Chua ordered that she pay legal fees amounting to S$10,764.35.

Now that’s what you call an expensive lesson.