When news broke last month (April 6) that Maseratis will be imported by Ital Auto instead of Hong Seh Motors, many were astonished that veteran high-end car distributors Hong Seh were giving up on the premium vehicles — but a letter posted on Facebook has enlightened us on the reasons why.

After all, Hong Seh had been the authorised distributor for the Italian luxury marques in Singapore for 18 years. 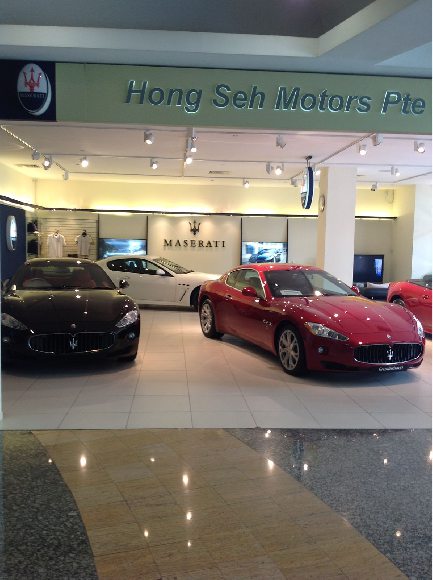 Executive director of Hong Seh Motors, Mr Edward Tan, was quoted by The Business Times as saying that he was leaving the business because of “diminishing returns for high-end automobile segment”.

He even promised to have a “cheap sale for Maserati”, inclusive of warranty from the luxury Italian car giants.

However, the cars won’t be sold below cost though, he said, blaming the Singapore Government’s taxes.

After that politically correct statement to the media, the public wouldn’t have been clear as to just what the costs were that led to Hong Seh making the dramatic withdrawal.

Well, a letter that Hong Seh sent to a customer on March 28, written by the company’s managing director Alfred Tan, paints a clearer picture of the reasons behind the move by Hong Seh Motors.

It was posted by netizen Kien Lee on his Facebook page, and people were surprised by the candor in the letter. While high Certificate Of Entitlement (COE) prices have been an age-old lament among Singaporeans, some of us have never really understood this issue from a car dealer’s point of view.

With these massive tax amounts, it is clearly no surprise that Singapore is probably not the go-to destination to open shop.

He also explained that Maserati had wanted an “impressive showroom” at the pricey Leng Kee Road stretch. He revealed that the rental cost of the showroom was a whopping $56,000 per month.

Moreover, the renovation costs and the branding had cost him a million. 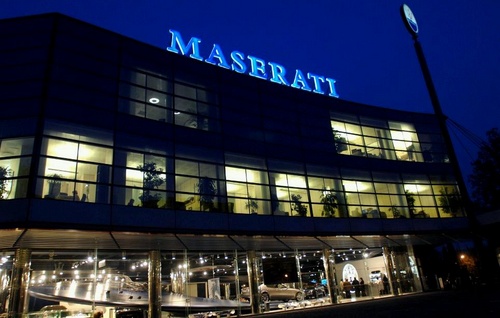 True to his word, Mr Tan is now selling off his remaining stock of Maserati cars at a steal. All the cars come with a 3-year warranty from Maserati itself.

In the second page of the letter, posted on Facebook by another netizen, Mr Tan explains that he will be moving into the business of selling luxury yachts, which he claims is “profitable”. 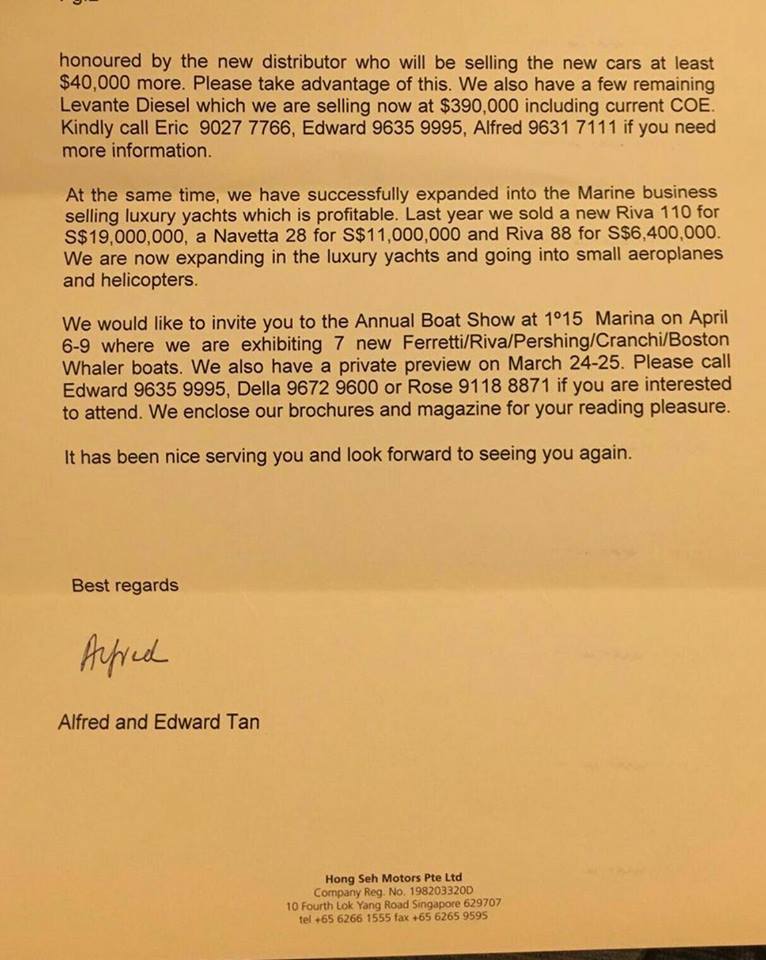 It’s probably legit, as they already have a website up and running.

The surfacing of the letter from Hong Seh marks the 2nd time this month that a private business in Singapore has complained that it’s just too expensive to do business here, after Cathay Organisation’s executive director blamed high costs imposed by the Government for making it expensive to set up a mall in Singapore.

We wonder why isn’t the Government making things easier for business to remain viable in Singapore? After all these high business costs will eventually be passed on to Singaporean consumers.

We wish Hong Seh success in their marine venture, and sincerely hope that the yachts that they sell don’t break down in 15 minutes like some others.