Must Share News – Independent News For Singaporeans
Home Current Affairs 5 Things PM Lee Said In His May Day Rally, From The... 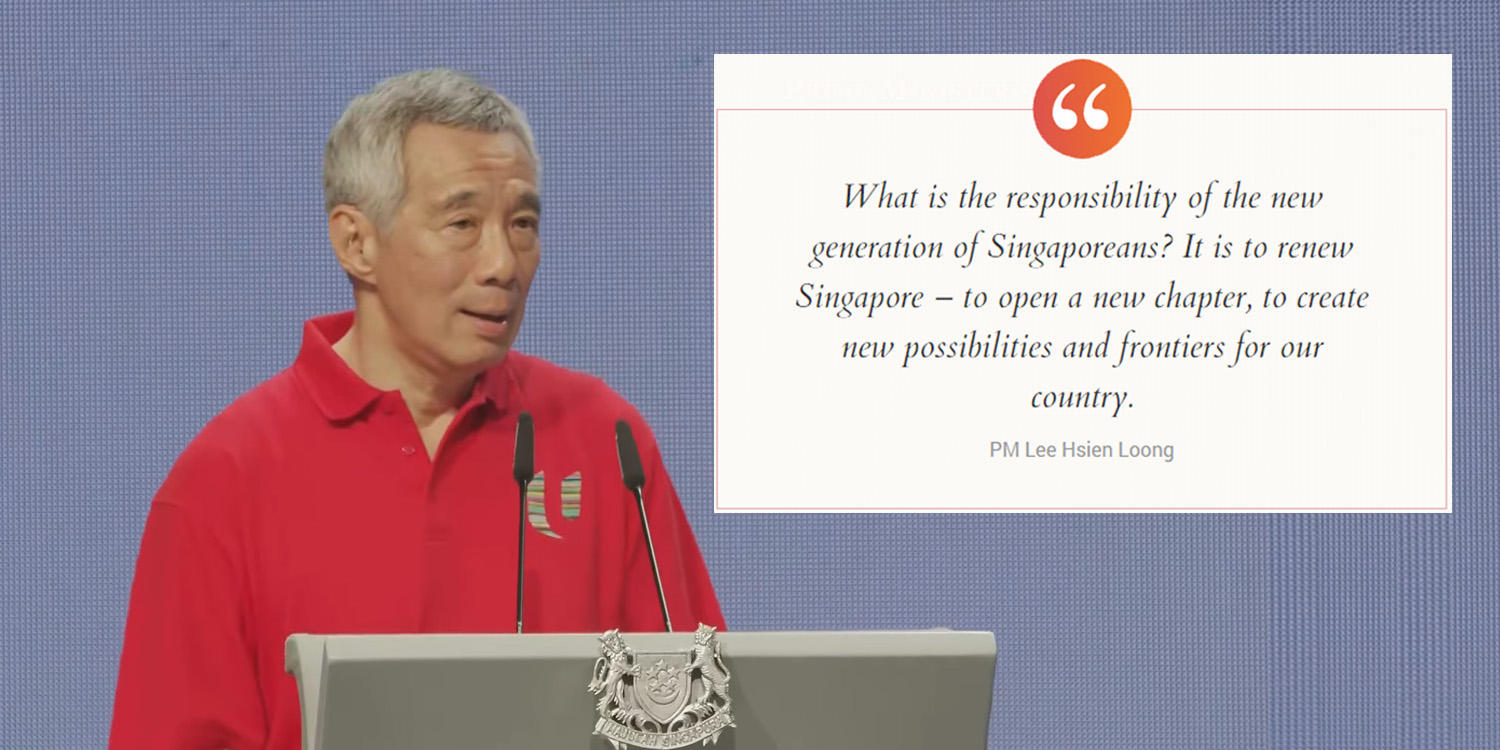 May Day Rally: The Future Ahead For The Labour Movement And The Next Generation Of Ministers

PM Lee held his May Day Rally for the third year in a row — first at the D’Marquee in Downtown East in 2016, Tampines Hub in 2017 and back to Downtown East yesterday (1 May).

As PM Lee’s speech went on, it became increasingly clear that he was addressing not just the union leaders in the Labour Movement, but also the next generation of leaders in Government.

Here’re the 5 main takeaways from his speech.

In the latest edition of his speech to the Labour Movement, PM Lee adopted a comparatively more cheery tone as compared to that in preceding years.

Singapore’s economic growth has been stronger than expected, surging by 3.6%, nearly twice the 1-2% that was predicted.

2. We’ve made the most of “favourable global conditions”

According to PM Lee, we’ve capitalised on “favourable global conditions”, with the aid of “hardworking and agile” workers and “resourceful and adaptable” businesses.

Another string of buzzwords praised our abilities to learn new skills, adopt new technology, and venture into new jobs and markets. 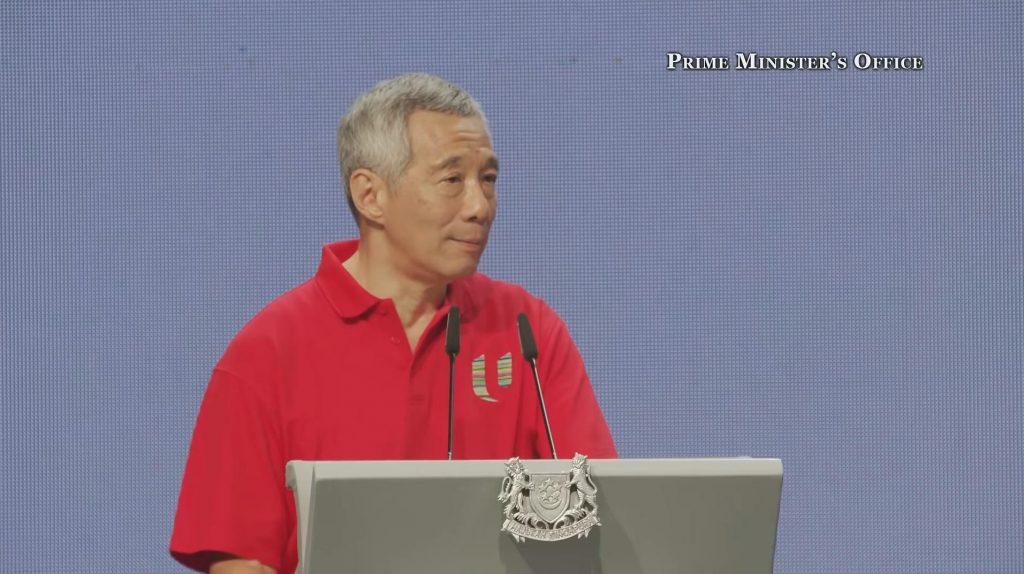 With the creation of new jobs; average wages going up; productivity growth on the rise; it may seem like things are indeed looking up for us.

With both North and South Korea finally starting to put their past behind them, the next dream pairing for peace will likely be China and the United States.

A potential trade battle between the administrations of Xi Jinping and Donald Trump has planted seeds of doubt in many countries’ minds.

According to Mr Lee, we will suffer collateral damage even though we are not part of the fight.

We are watching developments with concern because trade is our lifeblood.

Just as he earlier schooled President Trump on the intricacies of trade deficits, PM Lee reserves a spot of criticism for the States’ methods.

America’s actions are undermining the World Trade Organization agreements that governs how countries trade with one another. Furthermore, this might embolden other countries to go against the grain too.

All countries will suffer, but Singapore will suffer most of the “collateral damage”.

Besides, Mr Lee points out, arguments about trade can spill over into more serious quarrels, which will affect the “security and stability” of the world.

What is at stake is not just prosperity, but war and peace.

Before we get into what PM Lee said, let’s take a little detour and look into why PM Lee refers to members in the NTUC as “brother” and “sister”.

No, it is not a thinly-veiled reference to communism. We are not one step removed from calling each other “comrade”. 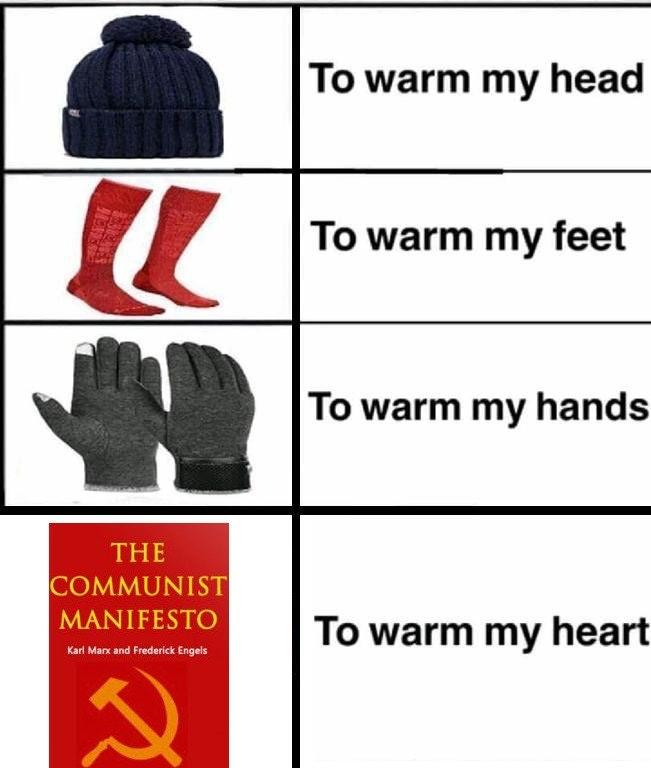 Turns out, it’s part of a labour union tradition that creates solidarity and reminds everyone that they’re in the same boat. It goes way back.

Anyway, PM Lee reiterated in his May Day Message that the Labour Movement will stand side by side with workers.

And continue, as they have always done, to provide assurance and support.

Mr Lee also had one eye on the future, stating the importance of the younger generation in renewing the trust between a new-look Government and the NTUC.

The bulk of that duty will fall squarely on one Brother Ng Chee Meng, who is slated to take over Brother Chan Chun Sing as NTUC Secretary-General.

PM Lee stated that Mr Ng was no stranger to the Labour Movement, having worked closely with educators in his stint as Minister of Education (Schools).

He expressed his confidence that the 4th generation leader will build on Mr Chan’s “good work” and lead NTUC well.

Booking rides with Uber or Grab has become prevalent in recent years.

In fact, according to statistics provided by the Prime Minister, approximately half of all rides are booked on Uber or Grab.

Customers’ allegiance to traditional taxis was shifted because of the convenience, predictability and variety of options.

This has forced the old guard to adapt and make new allies, as evidenced by recent tie-ins.

And adapt, the taxi industry certainly has.

In case you missed it, we profiled six different companies that you might be able to hitch a ride from in the near future:

There Are 6 New Ride Sharing Apps In Town. Here’s A Breakdown Of What They Do

Indeed, PM Lee said that we can “certainly expect” further industry developments from some of these new industry players.

PM Lee then told the tale of how one David Chan – who happened to be in the audience – overcame his technophobia and embraced ride hailing apps, internet banking and the like. 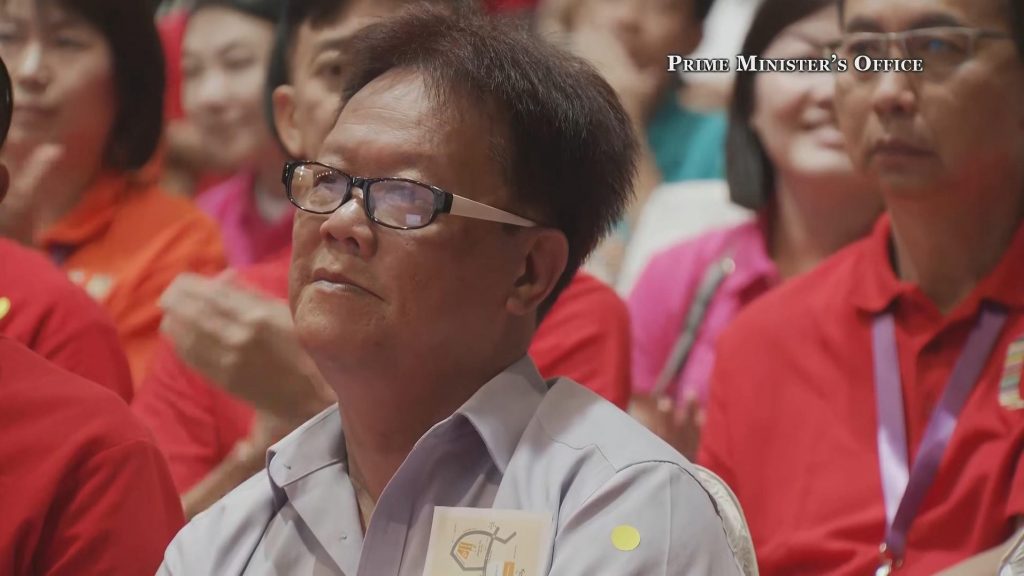 As much as PM Lee’s speech was directed to unionists, the closing chapter of his speech made it clear that the next generation of Ministers was also an intended target audience. 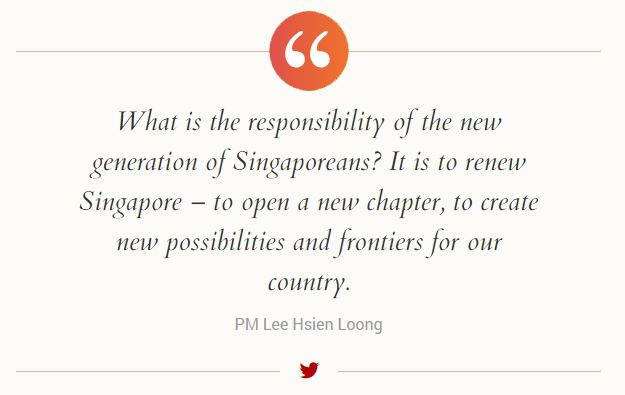 “We are building something special in Singapore. This shared responsibility is our strength. “
Source

The way forward for the new guard involves holding fast to the “instinct to plan ahead” and the “drive to do better”.

This “shared sense of mission” is how “we will show others”, said Mr Lee. It is how we show ourselves too, that Singapore will always have what it takes to endure and to succeed.

We wish the new cabinet all the best in their new positions, and in their efforts to take Singapore to new heights.