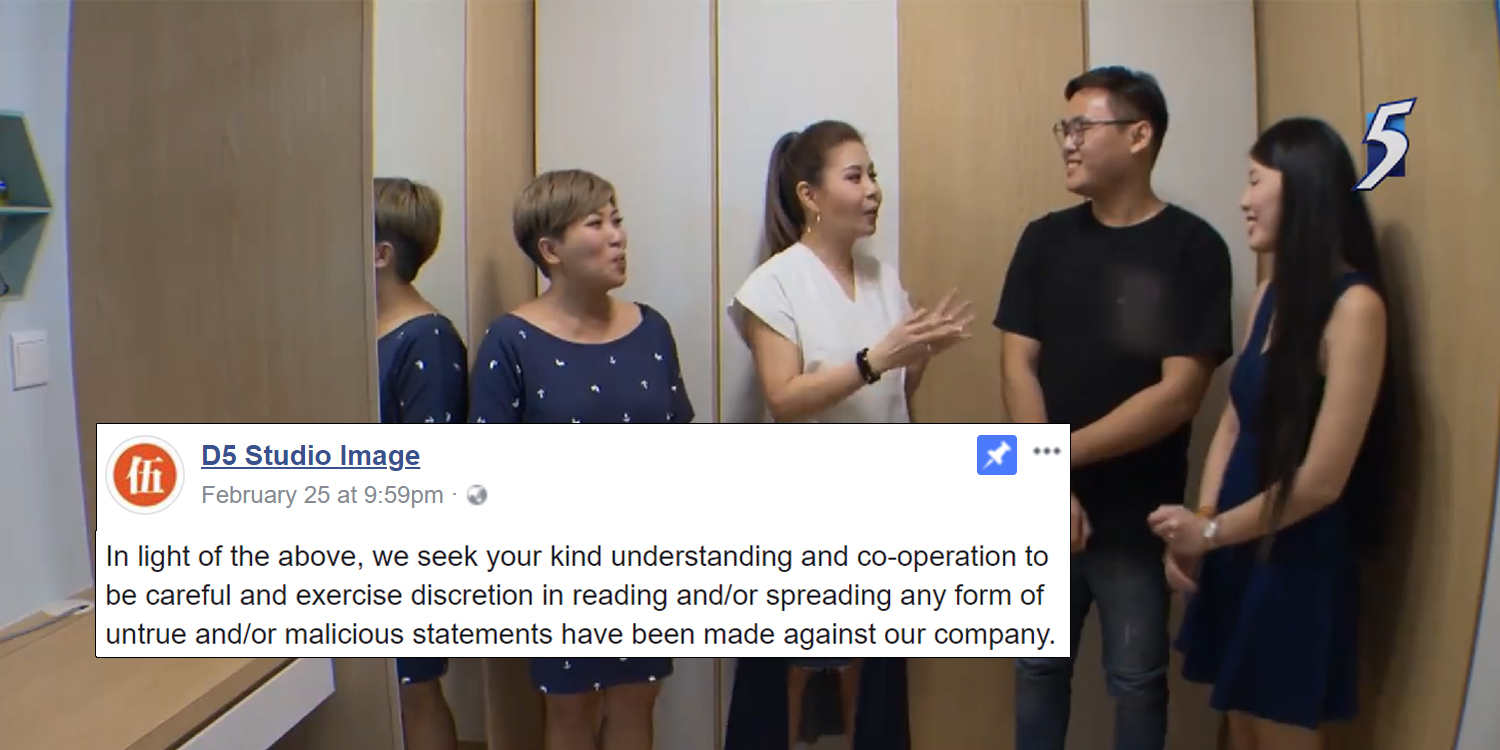 In case you’re out of the loop, a recent episode of Mediacorp’s Designer In The House – a show where professional designers help build couples’ dream houses – drew flak after renovation costs and timeline exceeded what was initially projected.

Furthermore, more controversy was stirred when netizens subsequently discovered that the supposed client was actually an employee of the very design firm involved with designing his home. 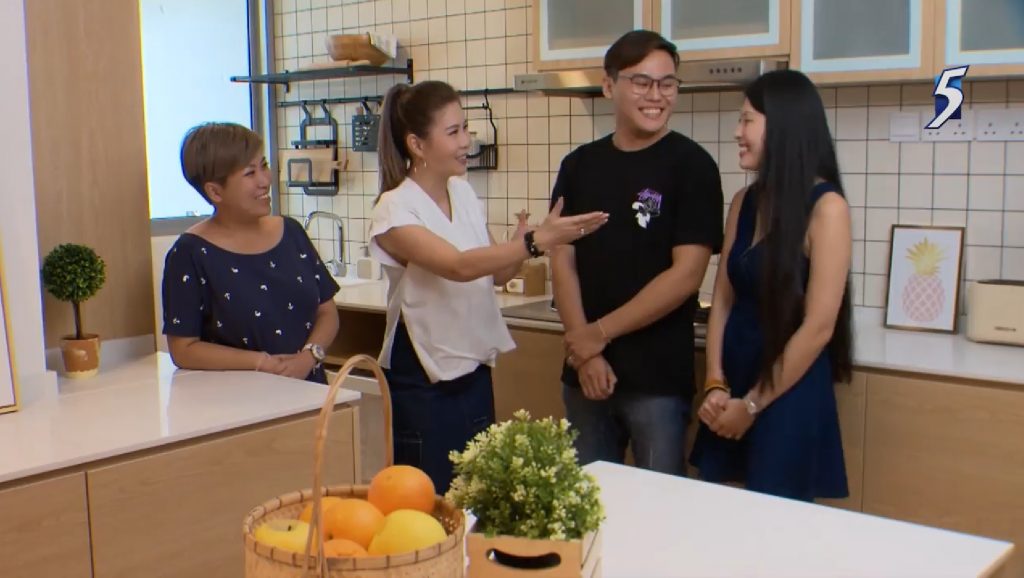 However, the design firm involved, D5 Studio Image has since called out Mediacorp for their handling of the show and making them look bad.

So what exactly was it that drew the ire of viewers? Let’s find out.

On Wednesday (7 Feb), Mediacorp published the now-infamous episode – which saw couple Max and Michelle looking to renovate their new BTO with a “Muji” concept – on Toggle.

A snippet of it was posted on their Facebook the following day:

However, the reactions garnered was perhaps not what they were expecting.

You see, the couple had set a budget for renovation costs at $60,000 and given D5 Studio Image a deadline of 10 weeks to complete the project. However, the design firm replied with an expected cost of $75,000 and a duration of 12 weeks.

Ultimately, what resulted in the end was a much heftier $93,500 bill with a total time of 16 weeks taken — a fact which did not escape viewers.

No wonder eyebrows were raised.

Client revealed to be an employee

To make matters worse, netizens would eventually discover that one of the client, Max, was actually an employee of D5 Studio Image.

Who’d a thunk it?

As a result, both Mediacorp and D5 Studio Image’s reputation started to tank.

To say the very least, viewers weren’t too pleased with being bamboozled.

Which is why the designer firm posted the following statement on their Facebook explaining their part in the show.

Because it’s kinda lengthy, we’ll briefly summarise it just for you.

They began by mentioning that filming for the episode had taken place well over half a year ago and that they had no control over how the final product would be.

The program was filmed more than 6 months ago and we were unaware of how the final show would be edited and presented until we saw it on TV.

They also stated that the couple was actually well informed and aware of the increased prices and extended timeline prior to commencement of renovation.

All amendments were discussed and agreed before work commenced.

Unfortunately, they said that Mediacorp had failed to mention both facts throughout the show.

D5 Studio Image also provided an explanation for the increase in cost and time taken:

All of which was agreed to by Max and Michelle. 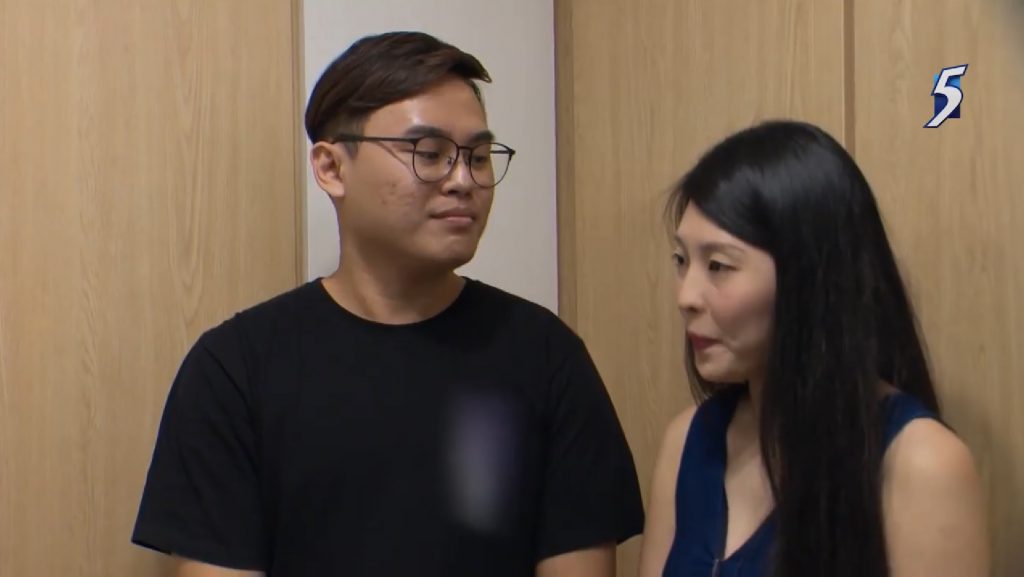 Lastly, they addressed the elephant in the room — Max’s employment with D5 Studio Image.

According to them, the working relationship between Max and themselves had already been disclosed prior to filming. More importantly, at the time Max was treated as a client and received no special treatment for the renovation.

Max and Michelle are our clients in that they did sign a contract with D5 and paid us for our services.

According to Marketing Interactive – who contacted Mediacorp Head of English Entertainment Productions Steven Ong – Mr Ong stated that Max only signed with the company sometime after filming had wrapped.

Max and Michelle had contracted their design works to the firm before Max started working for them.

He added that the decision to carry on with the show was made as the intricacies and challenges of the renovation had not been compromised.

Though he did mention how Mediacorp should’ve probably mentioned that Max would eventually sign with the designer firm.

In hindsight, for avoidance of doubt, we should have informed viewers of the development during the episode.

Someone should’ve probably thought of that before airing the episode.

Still, seems like nothing was out of the ordinary during the course of filming.

Designer in the house drama

Looks like D5 was merely caught in this controversy because Mediacorp had chosen to omit certain facts from their show. Why the broadcaster did that is still a mystery.

Whatever the case, this is an example of broadcasters needing to be more upfront with information that can be independently verified.

Because the internet is all powerful, and EDMW’s CSI team really should not be underestimated.