6 Insurance Companies Appeal To Ministry Of Health For Patients To Co-Pay Medical Bills, Due To People Who Abused The System

A coalition of six insurers selling MediShield Life-linked health insurance has submitted an appeal to the Ministry of Health (MOH).

They are requesting that MOH “make it compulsory for existing as well as new policyholders to pay part of their hospital bills [emphasis ours]”, according to a Straits Times (ST) report on Wed (7 Mar).

If their appeal is successful, patients who’ve purchased insurance plans that “cover the entire amount”, will now have to “co-pay” for their medical bills.

In short, the plan which promised to cover your medical bills fully, may fully cover you no more. Before you flip your proverbial tables, get this.

Insurers have blamed recalcitrant abusers of their schemes for overclaiming their medical fees under these plans.

Here’s a quick visual representation of what these insurers are asking MOH to do. According to ST, insurance companies want MOH to make it compulsory for patients with full riders to pay 5%-8% of their medical bills.

However, they claim “a safety net”, which refers to a “specified maximum amount” payable every year, should be included to protect patients against “really large bills”.

Insurers reason that patients who don’t have to co-pay for medical bills, generally make more claims.

These patients’ claims are also 20-25% higher than those who pay “a part of their bills”.

As a result of larger claims, premiums for insurance will eventually rise across the board for everyone else.

With a vested stake in every medical claim, HITF hopes that patients will be encouraged to carry out prudent medical spending.

However, HITF has stated that any move by MOH to change these policies, should not “disadvantage” existing policy holders.

As it turns out, these problems faced by insurance companies actually date back to well, mistakes of their own.

Back in 1990, when MediShield was set up, patients had to pay a part of their bills, to encourage prudent spending.

However, as they competed for market share, they started offering riders to cover what patients had to pay as well.

MOH did not stop this, other than disallowing Medisave money to be used to pay for premiums from these riders. 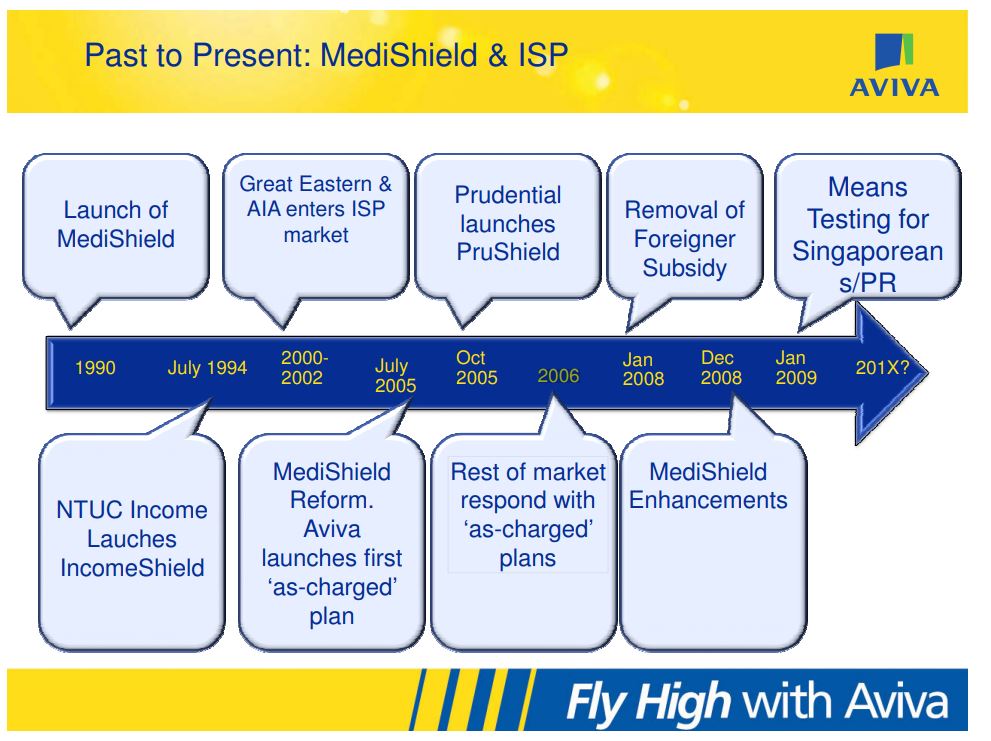 And lo and behold, when 2006 came around, every other insurer was doing the same.

Since patients could now charge any amount of bills from private hospitals and doctors to their insurers, this inadvertently led to rising healthcare claims made to insurance companies.

Rising claim amounts led to higher premiums and thus, all 6 insurers found themselves making losses and in the conundrum they are facing now.

Their solution? To ask MOH to step in to ban riders which offer full coverage.

Black sheep among us

MOH may seriously be considering turning all full coverage medical insurance plans into co-payment schemes, to discourage patients from abusing their claiming privileges.

This comes on the back of recommendations made by a Health Insurance Task Force (HITF) set up in 2016.

According to HITF, many patients have found creative ways to claim additional things under their full coverage plans.

Here are three of the more interesting case studies that the HITF brought up, according to ST.

This patient was warded for 42 days for a cervical sprain and “neck strain”.

However, she only received treatment on seven days, and was prescribed physiotherapy and painkillers for the other 35 days.

2. 37-year-old woman tried to claim insurance for her boob job

This particular lady was admitted to hospital for seven days. She allegedly tried to claim $46,000, of which $31,900 went to surgical fees for undisclosed procedures.

Upon further investigation by the insurance company, it turns out that she did a boob job, tummy tuck and buttock augmenting procedure as well.

All of which were not clearly stated in her final bill.

This patient complained of stomach and chest pains and was admitted to the hospital. His total bill came up to $14,000.

Which doesn’t make sense until you find out that underwent the following screening procedures:

While we understand that it’s better to be safe than sorry, these patients have definitely gone a tad overboard with their claims.

With the extreme cases of inflated medical claims brought up by insurance companies and HITF, we understand why they’ve made such recommendations to MOH.

However, charging patients a portion of the bill for a policy that promises full medical coverage just doesn’t make a lot of sense.

Perhaps there are other ways to prevent the abuse of the system, such as penalising clinics and doctors who allow these inflated claims to occur.

Or you know, insurance companies can consider not promising full coverage in their plans.

Especially when they are impractical and unsustainable in the long run.