Another Singapore Next To Singapore?

Although our economy may not be in the best place right now, many people still look up to Singapore’s success, so much so that they’ve made it their long-term aspiration to replicate our city.

In fact, copycat cities may be closer than we think. In Johor, Malaysia, Medini Iskandar Malaysia Sdm Bhd has been partnering with government-linked companies and other investors in order to create Malaysia’s largest single urban development, known as the Medini Project — touted as “Singapore-lite”.

Not only does this have much potential, it’s also well-backed by massive Middle Eastern investors like Kuwait Finance House and Mubadala from Abu Dhabi, according to Forbes.

The new city, Medini, is aimed at creating an urban town for a population of about 450,000 by 2030 and will being the trademark Central Business District in Johor.

But United World Infrastructure principal Imran Markar said it will not be competing with Singapore, but “complementary” to Singapore.

“It’s not going to be Johor-plus or Malaysia-plus, it’s going to be Singapore-lite,” Mr Markar told Forbes.

Currently, some of the amenities are already set up while some are still in the making. It’s just a matter of time (actually 13 years) before they officially form one big city, well-divided by zones. 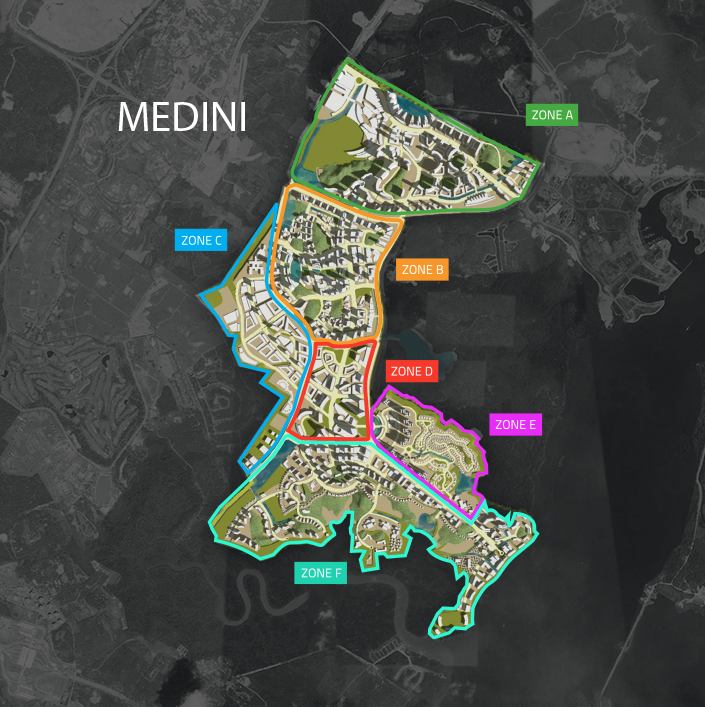 This zone is mostly aimed at corporate professionals, which is why there is a corporate park with impeccable infrastructure. Think of it as Malaysia’s own Biopolis, except that there is also a Legoland to cater to tourists. 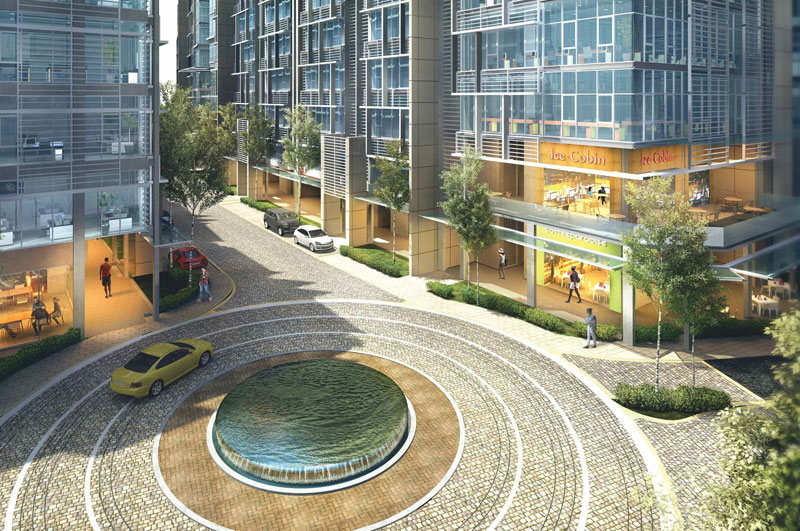 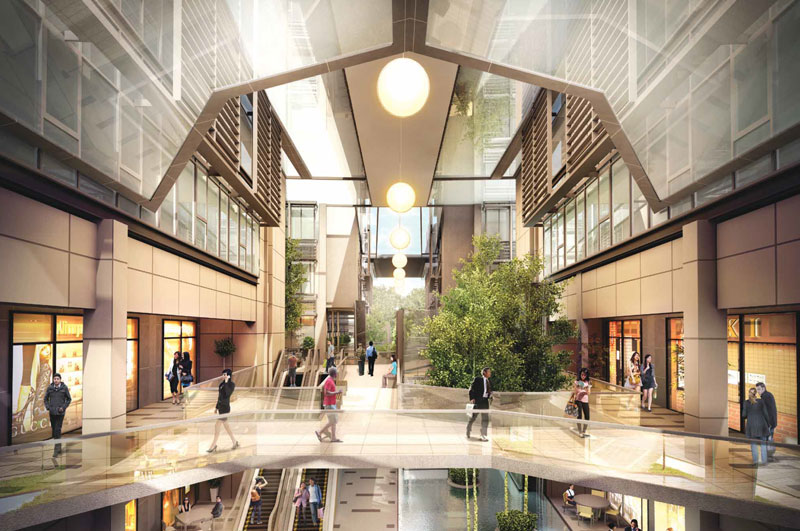 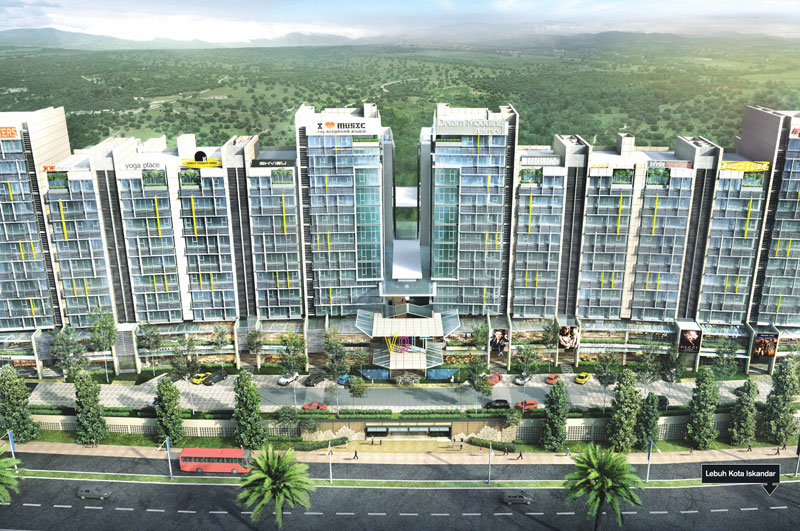 Then there’s the d’Pristine @ Medini, which will include a glitzy mall and a 4-star hotel: 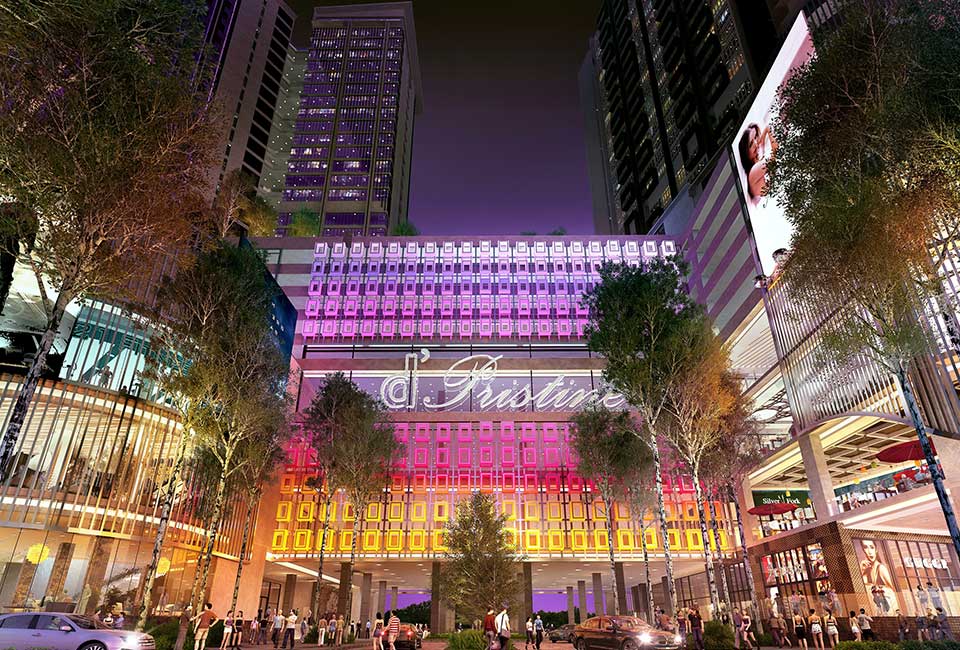 On the first look, this looks like City Hall combined with the scenic views of Clarke Quay.

Just look at the UMCITY Medini Lakeside, which aims to provide recreational opportunities while ensuring proper water management. Maybe they’ll even implement their own version of Newater.

Still, it’s great that the design aims to provide a “healthy ecosystem for the environment”. 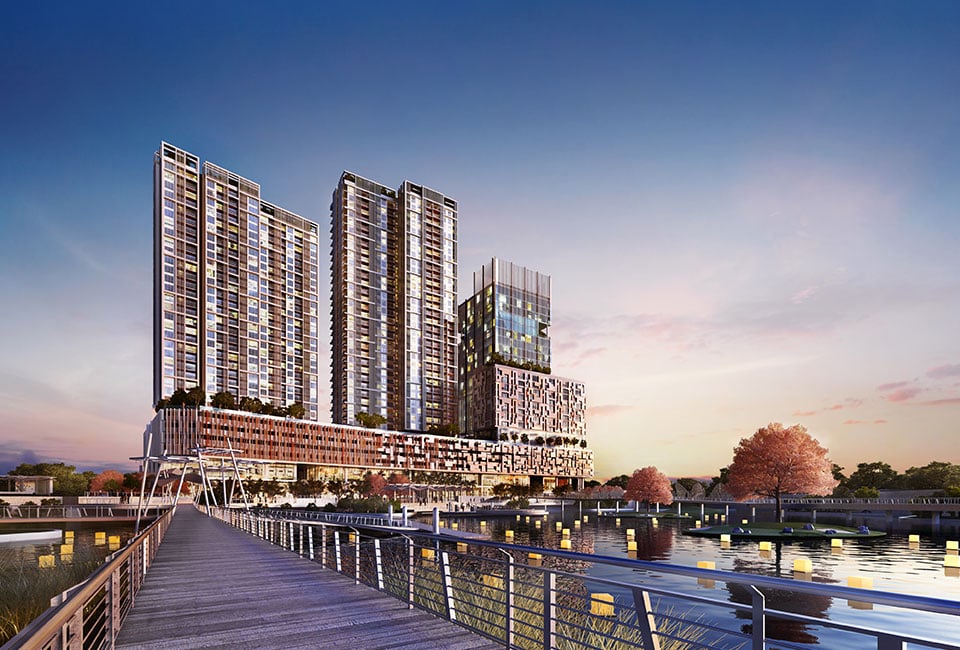 Even the aesthetic of the business buildings looks similar to Singapore’s. Zone C is the Trade and Logistics zone of the city, consisting of Ci Medini, with residential towers and business buildings. 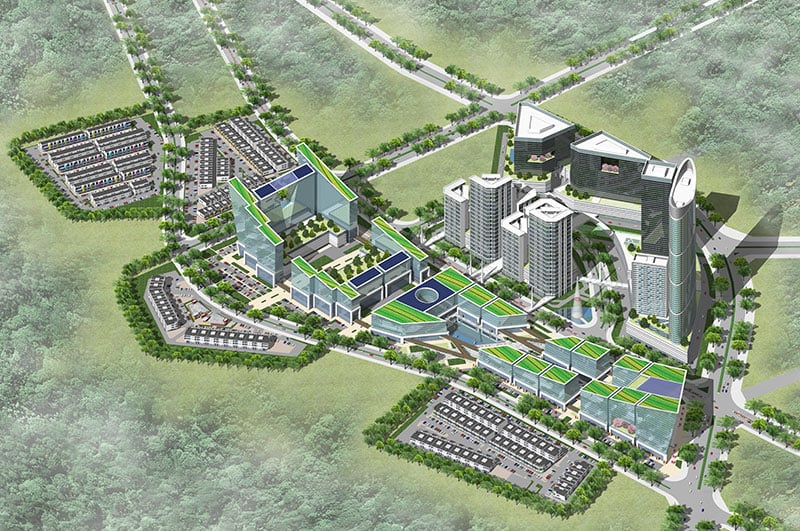 Zone D, however, is the Creative Zone of Medini Central, with “high-end infrastructure” to portray its potential advancements in technology. Think of growing industries like research, animation and digital media.

The last part of Medini Central is Zone E, otherwise known as Avira, that is the heritage zone of the central. I’d call this a mix of Holland Village and Marina Bay Sands.

With atas hotels, clubhouses and condominiums, we’re thinking it’s targeted at the rich looking for an alternate place to live. 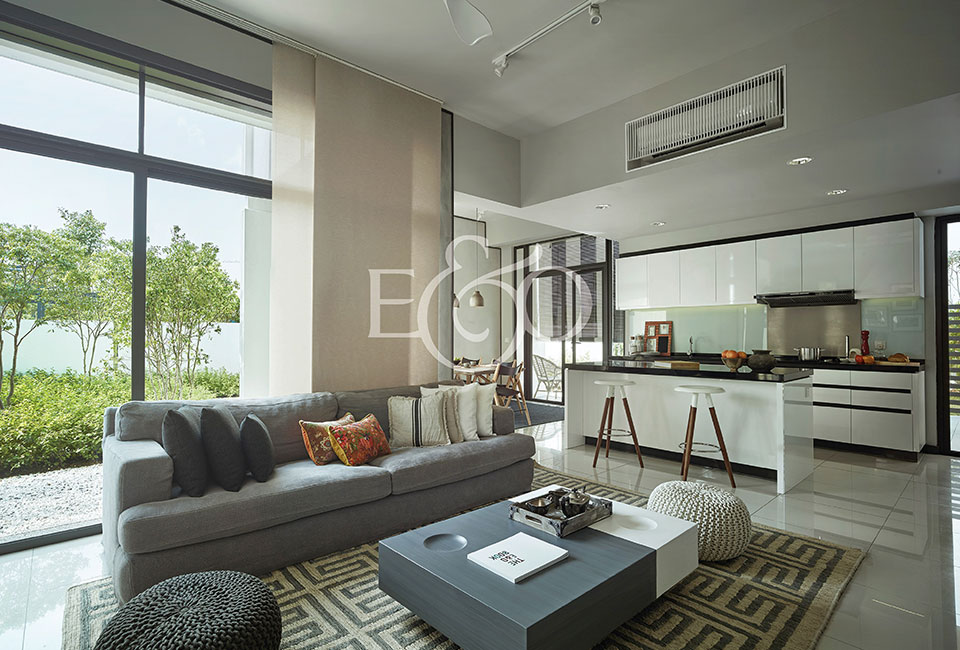 Last but not least is Sunway Iskandar, also known as Nature’s Capital City — where the city meets nature. The description itself already reminds us of Sentosa and Punggol put together, which is a rather lovely combination. 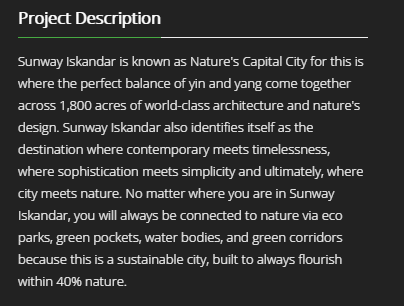 Looks like we’ve found our next getaway right next to Singapore. 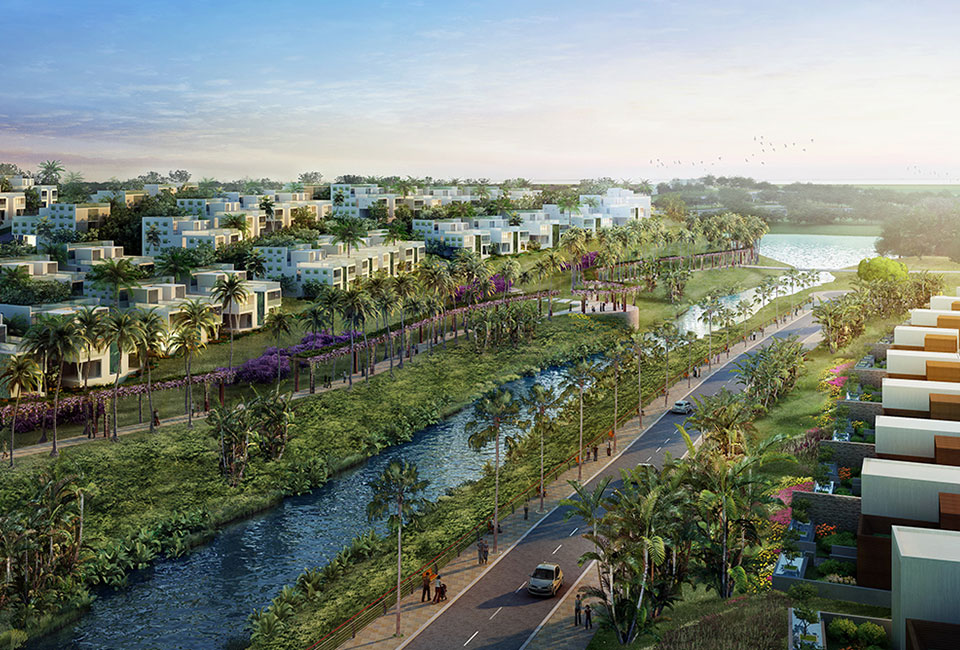 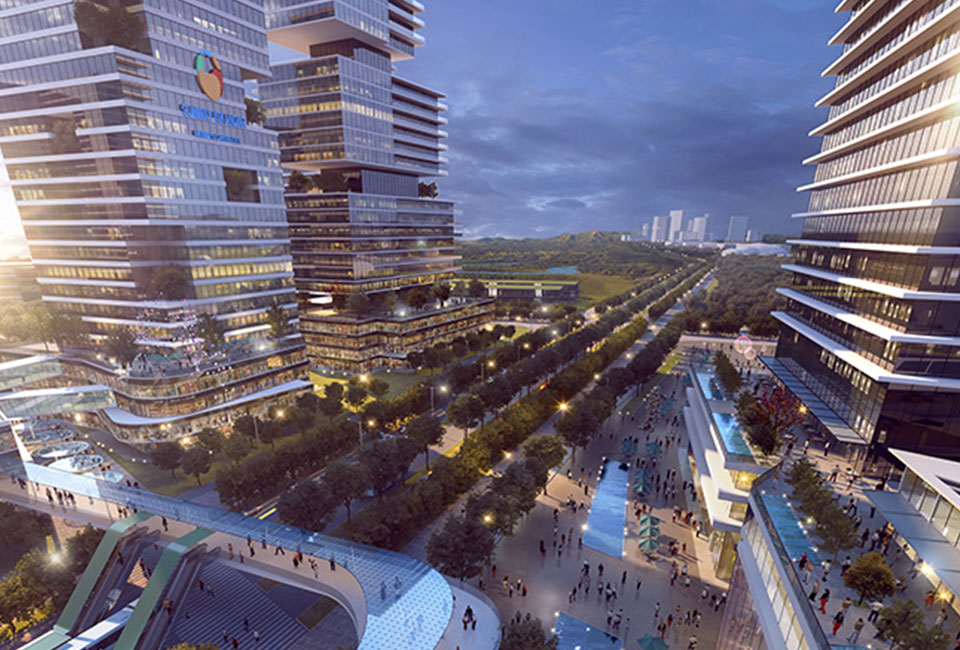 It’s obvious from the grand look of the upcoming city that this entire project is aimed at attracting the more well-to-do folk that will bask in the leisure that such a lifestyle can bring.

The fact that all of this will be built from scratch is rather amazing, as the initial reaction of the chief executive of Iskandar Investment, according to Forbes, was: “You’ve got to be kidding me. What’s there? There’s nothing there.”

Thus, it’s worth applauding the fact that Malaysia is willing to be adventurous and attract more diverse backgrounds to their state. Not only will this bring in money to grow the economy, it will inspire other countries to do the same and make Singapore more competitive.

Featured image and all other photos from Medini