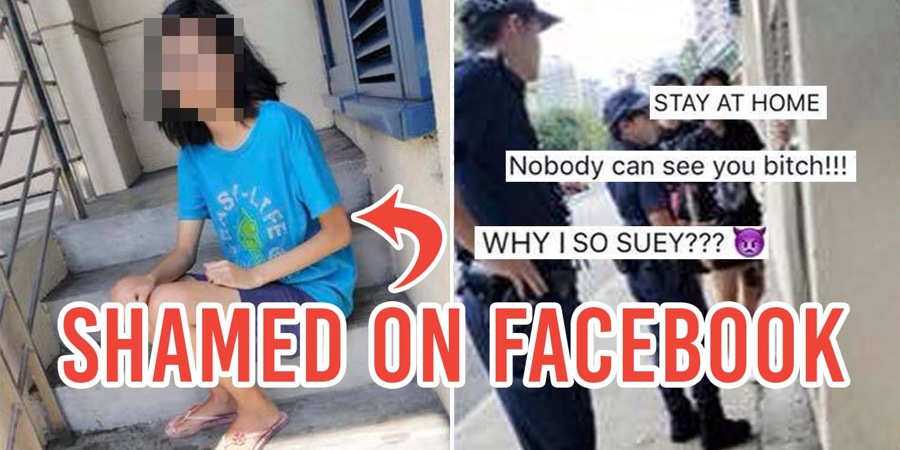 The sister of a mentally ill patient lamented about the poor awareness of mental health issues in Singapore.

In her impassioned post on Facebook on Thursday (17 May), she pleaded with the public, calling for greater sensitivity and empathy.

Turns out, the woman who got splashed chose to post a picture of her sister online.

And proceeded to shame Ms Koh’s sister for her actions, despite knowing her situation. 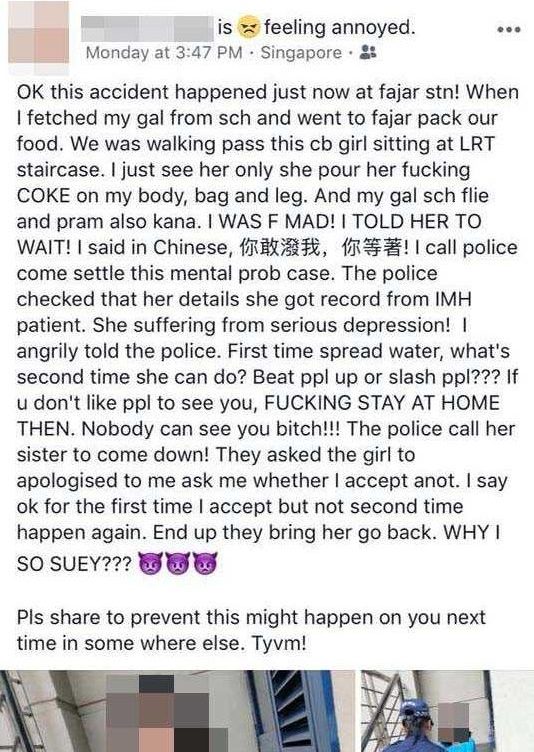 On Monday (14 May), a post was uploaded by a lady who claimed that Ms Koh’s sister had sprayed Coke on her.

According to the post, the lady called the police on her sister.

Upon arriving, the police checked the details of Ms Koh’s sister and discovered that she had a mental health record with the Institute of Mental Health (IMH).

Thereafter, Ms Koh’s sister was asked to apologise, which she did.

The netizen had accepted her apology at the time.

The incident would have ended there if the individual had not gone online to complain after the incident.

However, that wasn’t the only inappropriate comment she reserved for Ms Koh’s sister.

She also recounted that she told the police,

First time spread water, what’s the second time she can do? Beat ppl up or slash ppl?

Requesting that Ms Koh’s sister should “FUCKING STAY AT HOME” if she didn’t want people to see her, she added,

In her post, Ms Koh clarified that her sister might have misinterpreted the lady’s glance as “something more aggressive” because of her paranoia.

That may have prompted her to throw the Coke at the lady.

While the post was not made to “justify [her] sister’s actions”, Ms Koh said she was upset that the lady “chose to comment negatively” about her sister even after learning about her sister’s illness.

She pinpointed the lack of understanding among members of the public that led to the unhappiness.

Ms Koh hopes that the incident help “raise awareness” about mental illness in society, as her sister is “already having a hard time with her condition”.

Everyone can play a part

Of course, we understand that it doesn’t feel good to have Coke splashed on you for no apparent reason.

But instead of exacerbating the problem, we could always do more to help.

In fact, the Facebook user’s post alludes to a wider societal problem of the stigma associated with the mentally ill in society which sometimes renders them invisible.

We hope that everyone can try to be more gracious if they encounter similar situations, to ensure at least some good comes out of this unfortunate incident.