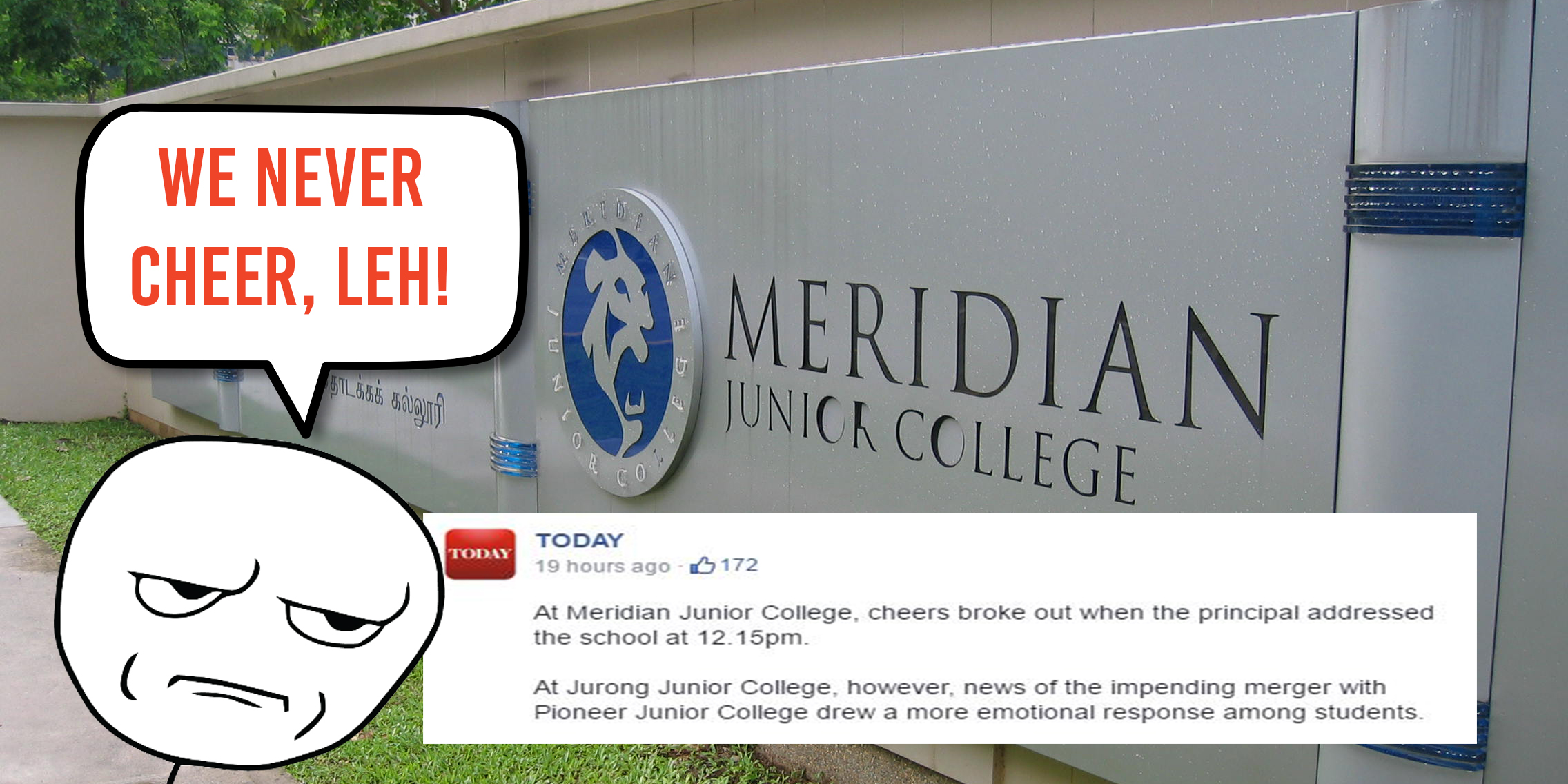 Objections Over Report On Meridian JC

After it was reported on Thursday (April 21) that the Ministry Of Education (MOE) would be merging 8 junior Colleges into 4, you would expect students and alumni of the affected schools to be rather upset that their schools will be losing their history and in the cases of 4 of them, their physical campuses.

Thus, it came as a surprise when readers read this post on Today’s Facebook page on the schools’ reactions to the mergers:

A few netizens were a little shocked at the news, and took to Facebook to question the reaction.

However, netizens saying they are students of MJC who were actually at the scene responded to Today’s Facebook post to set things straight, saying that the article was misleading.

So what really happened?

According to them, only one of the students had cheered upon hearing the announcement. He had shouted “TPJC boleh!” in a rather unfortunate attempt to add a little humour to the forlorn atmosphere.

This prompted the school principal to tell the students to take the matter seriously. Hearing this anecdotal evidence, it’s highly possible that the principal was actually just addressing that particular student, but hadn’t wanted to single him out.

After that, some netizens slammed Today for the inaccuracy, saying it had put the school and its students in a negative light:

Today seems to have heard the critics, as they responded by editing the post and the article itself, removing the part that said the MJC students “cheered” and changing the headline.

Netizens also thanked the paper on its Facebook page for editing the article and for presenting a more accurate narrative on the atmosphere among the MJC students on Thursday.

Seems like a fiasco that has a happy ending, thanks to the quick response from Today to fix the mistake.

Hopefully nobody really thought that the MJC students cheered in response to the sad news.

Lesson learnt: In a era where fake news is so prevalent, it’s important that we are critical of the material we read.