Must Share News – Independent News For Singaporeans
Home News Latest News Migrant Workers In Singapore Are Losing Their Only Way To Contact Loved... In Singapore, the 2G data network is considered archaic, and hardly ever used anymore.

As per their announcement in 2015, all three of Singapore’s major telcos (M1, Starhub, Singtel) will pull the plug on their 2G network services come April 1, 2017.

To most Singaporeans, the termination of 2G network service would be meaningless and unimportant.

Unfortunately, this is not the same case among foreign workers, who heavily rely on these 2G phones. 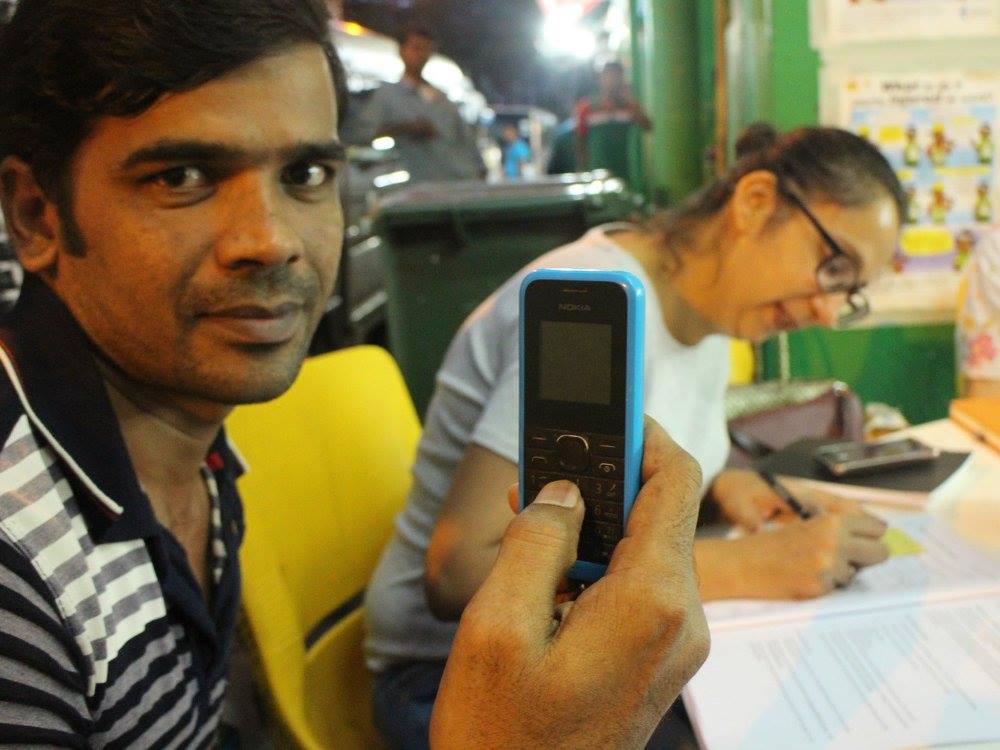 No Cash To Upgrade

According to Today, 2G phones are still a common sight among foreign workers. Most of them barely earn enough money to support their families at home, and often seek out the cheapest alternative when it comes to picking things like phones.

Making 2G phones obsolete would make it necessary for these workers to upgrade to more expensive phones, which they simply cannot afford. Moreover, most of them heavily depend on their phones to keep in touch with their loved ones abroad.

Luckily, Transient Workers Count Too (TWC2) stepped in to save the day. TWC2 is a non-profit organisation made up almost entirely of volunteers, whose aim is to help out the foreign workers in Singapore.

This time, they’ve outdone themselves by organising a initiative, urging Singaporeans to donate their unused 3G phones to the needy workers.

The first round of the hugely successful drive was held on Tuesday (March 21) at Desker Road. 50 needy foreign workers received “new” 3G phones in exchange for their old 2G phones.

Naturally, workers were very grateful for the help they were given. 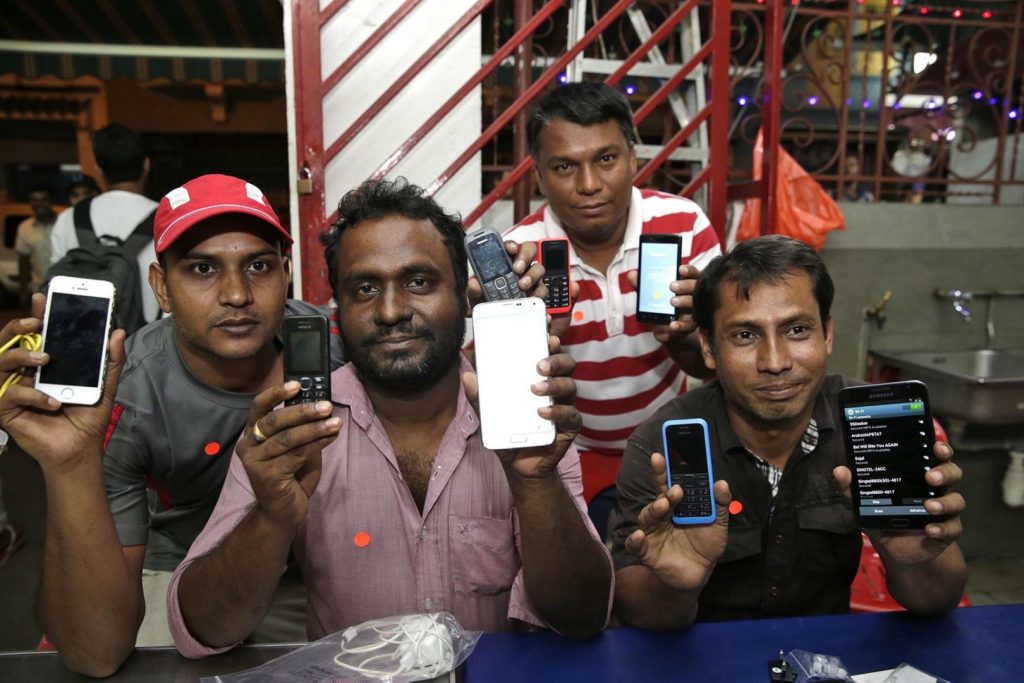 A further 200 phones will be distributed to these workers, and a majority of them come from Singaporeans who have donated their old phones. TWC2 have also raised approximately $11,500 which it used to fund the purchase of 100 additional phones.

TWC2 are not alone in their efforts. Various NGOs, like the Humanitarian Organisation for Migration Economics and HealthServe, have also stepped in to raise funds to help these foreign workers.

Even Singaporeans are stepping in to lead the efforts. A trio of local photographers have also decided to sell their photos in order to raise funds to purchase new 3G phones for the workers.

In his Facebook post, Mr Darren Soh pleaded with Singaporeans to buy his troop’s photos for the cause. Their efforts were not in vain either, the trio managed to pool together $5,700 in donations. They used this money to fund 100 phones, at $57 each.

Of course, netizens were quick to praise the NGOs and donors for their generosity.

It’s heartwarming to witness Singaporeans pitch in to help these foreign workers in their time of need.

If you do have extra phones that can support 3G data service, and would like to donate them to this noble cause, please visit the TWC2 donation portal.