Must Share News – Independent News For Singaporeans
Home People Commentary We Explain MINDEF Military Ranks So You Can Recognise Who You’re Calling...

For many of us who aren’t from the National Cadet Corps or the Singapore Armed Forces (SAF), telling military ranks apart by their insignias alone can be mind-boggling.

There are more than 30 insignias from 8 rank classes across the SAF.

A few strokes can denote added superiority, making it risky to “play rank” without knowing your Major from your Master Warrant Officer.

Knowing the difference between ranks is especially important for new recruits — because the last thing you want to do is call a sergeant “Sir” or call your encik “Sergeant”.

This infographic is a handy guide to 6 rank classes in the SAF:

Because of space constraints, we’ve left out the ranks of the Military Domain Experts Scheme (MDES) and the SAF Volunteer Corps in this infographic, but we explain them in detail after the jump.

Breaking down the rank classes

Fresh out of Basic Military Training (BMT), these servicemen first attain the rank of Private. Like recruits, this rank does not come with an insignia.

Well-performing servicemen can progress all the way up to Corporal 1st Class.

Other than being foot soldiers, enlistees are also the ones who often bombard their commanders with questions like “When’s bookout?” or “When’s lunch?”

Because let’s face it — that’s all they really look forward to. Remember him?

Strong performers in BMT are recommended to become specialists, who command a group of subordinates.

They first enrol in the Specialist Cadet School (SCS), where they train to be specialists in various vocations.

Upon graduating from SCS, cadets don the 3rd Sergeant rank and are addressed as “Sergeant”.

As specialists progress, they take on roles such as section leader and platoon sergeant.

With these opportunities, they may also progress to Master Sergeant.

After being specialists for some time, soldiers may take up the next stage of command: Warrant Officers (WOs).

This is almost exclusively the domain of regulars who have become full-time employees of the SAF.

WOs are often in charge of discipline and mission-readiness of their units. With more than 10 years of service, they are the most experienced personnel in the Army.

They are known to have a stern and unyielding presence, although many subordinates appreciate this firm commitment to discipline.

All WOs except the Chief WO are typically addressed as “encik” (uncle in Malay) or “Ma’am” for females.

They may also be addressed as “Sergeant Major” when necessary. The Chief Warrant Officer is referred to as “Sir” or “Ma’am”.

Next up, the Junior Officers who are responsible for platoons and companies.

Platoons and companies are the smallest sub-units in the armed forces. These are sometimes known as squadrons in the Air Force and Navy.

Junior Officers are all addressed as “Sir” or “Ma’am”.

Potential officers are identified during BMT and selected for the Officer Cadet School (OCS).

After a gruelling 9-month stint at the school, officer cadets graduate with the Second Lieutenant rank. If found exceptional, they may eventually be promoted to Captain.

Senior Officers are crucial in the formulation and execution of missions, as well as overseeing the training and direction of their charges. 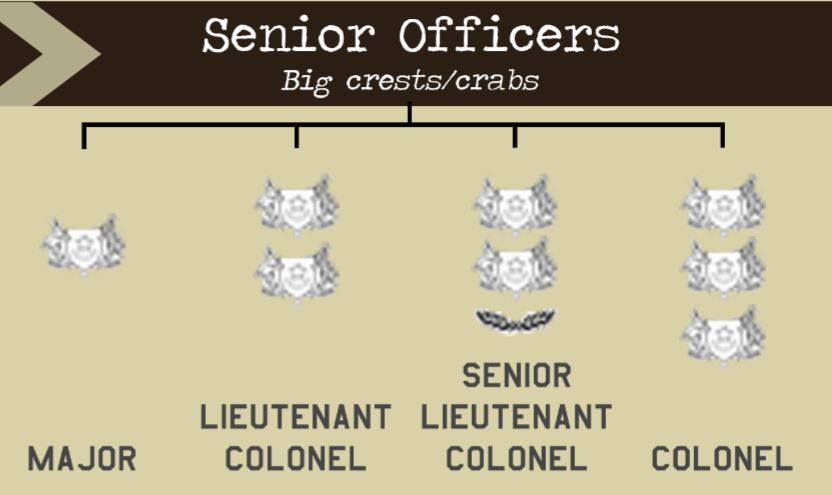 Starting at Major and ending at Colonel, these men and women make command decisions in combat and peacetime, taking charge of large units or important branches.

Their insignias are often informally known as “crabs”, because the National Coat of Arms look like crabs from a distance.

At the top of the command chain, lies those with the most authority of them all: Generals.

Generals command entire divisions and are responsible for the planning of policies which affect the entire Armed Forces. The top general, the Lieutenant-General, leads Singapore’s defence force.

Since the Armed Forces are so massive, you might never see a star-adorned general.

But if you do, be prepared with your shiniest boots, cleanest uniform and neatest haircut — as they say, these are the hallmarks of a disciplined and dedicated soldier.

The MDES scheme caters to experts in specific domains, among them engineering and intelligence.

The ME stands for Military Expert and that’s how ME1 to ME3s are addressed.

Those ranked ME4 and above are addressed as “Sir” or “Ma’am”, since they are also commissioned officers.

This is especially useful for people who may not traditionally serve in our armed forces, such as women and first-generation Permanent Residents.

Ranks range from SV1 to SV4.

Of course, each rank represents the different roles each servicemen play in the defence of Singapore. They establish a hierarchy that enables the SAF to accomplish its tasks with speed and efficiency.

This certainly makes it reassuring that if all else fails, our armed forces won’t. 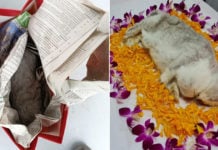 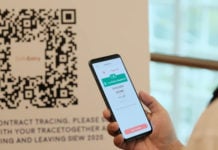 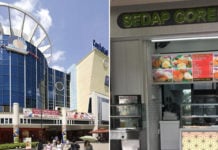