What’s the point of a shelter if it doesn’t do its job? 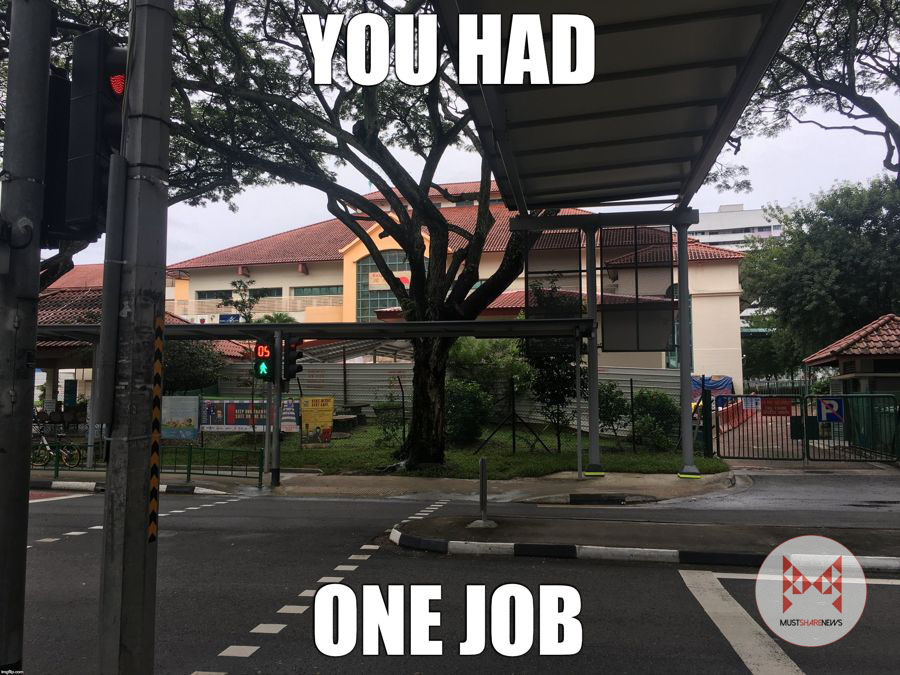 This was the question on every Singaporean’s mind after seeing the mind-boggling picture taken in Jurong West on Facebook last Saturday (13 Jan).

A misaligned shelter was spotted by a keen-eyed citizen as it failed to provide shelter for users of the pedestrian crossing.

Located at the entrance of Rulang Primary School, the walkway is frequently used by students, teachers and residents alike. 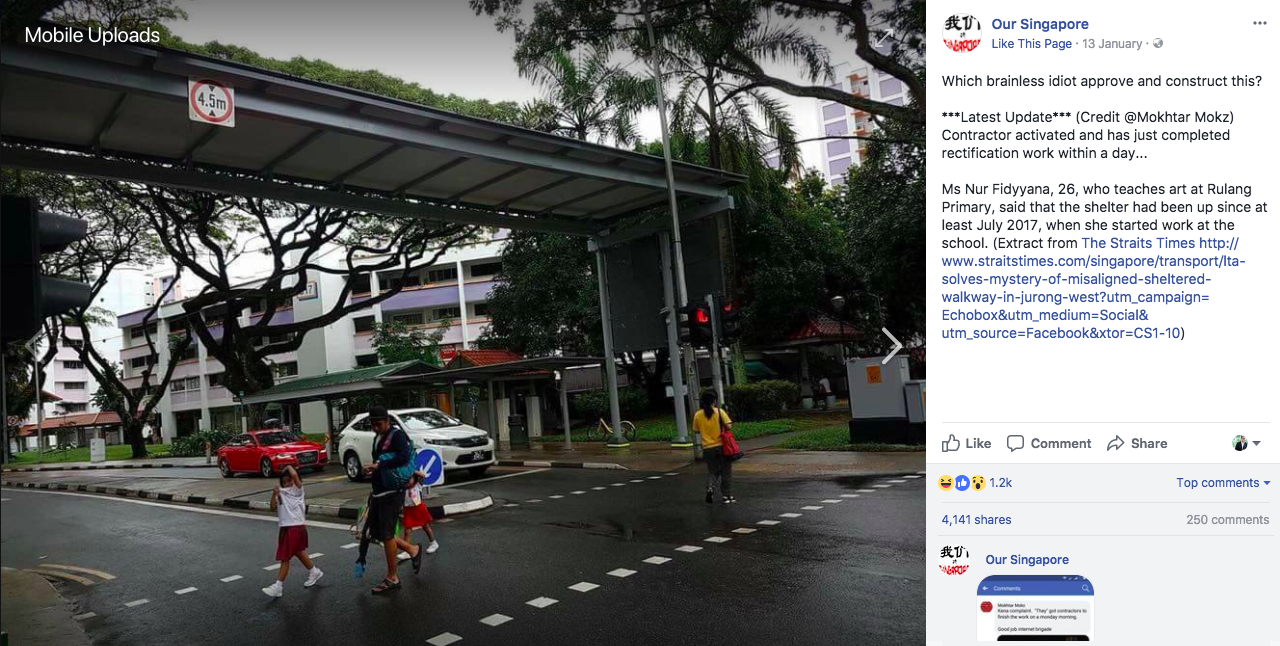 No your eyes aren’t playing tricks on you.
Source

Perhaps it was just an overnight mistake. We’ll let it go if that’s the case.

But it wasn’t. It was left there for 6 months, unfixed. Until the fateful photo went viral online, after which it was fixed within one weekend by the Land Transport Authority (LTA).

The Straits Times even picked up on the story on 16 Jan and called it the “Mystery of misaligned linkway cleared up”. Here’s why this ‘mystery’, is simply a sad case of negligence that should have been solved way earlier.

Misaligned shelter for half a year

According to Ms Nur Fidyyana, a teacher at Rulang Primary, the less-than-functional shelter had been up and running since July 2017.

Residents and students of Jurong West, soon found the placement of it laughable, as it failed to shelter the pedestrian crossing due to misalignment.

We’ve made a brief timeline of the events that unfolded. 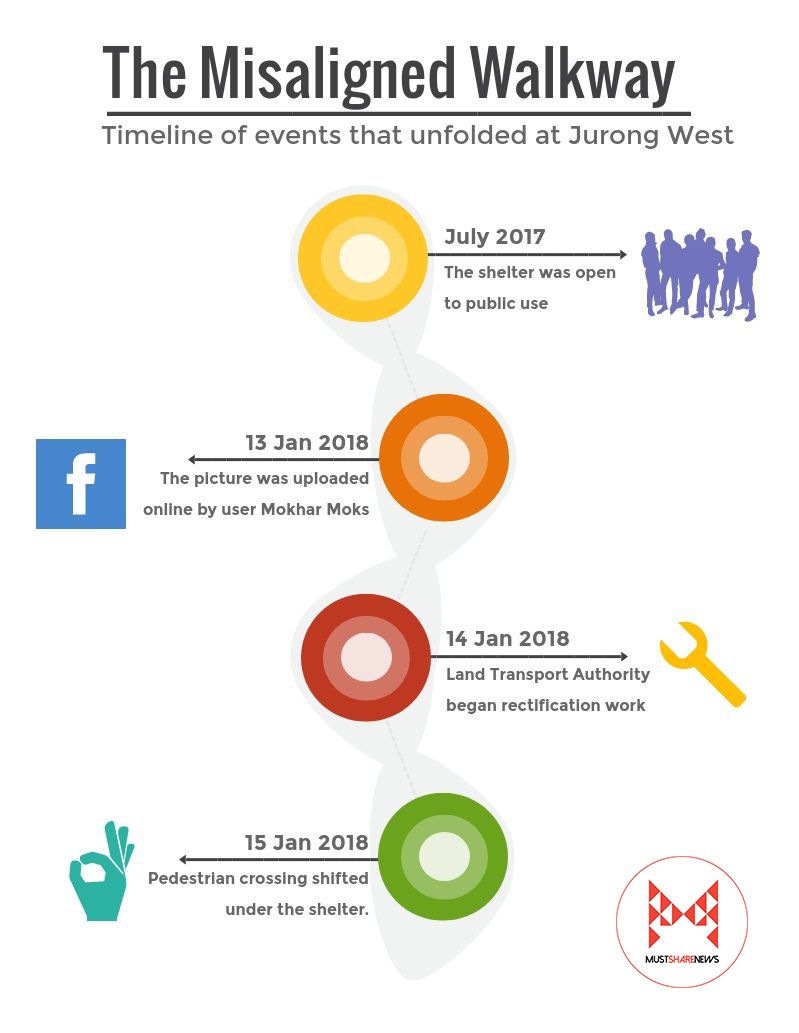 On 13 Jan, the picture of the laughable gaffe was uploaded on Facebook group, ‘Our Singapore’ credited to user Mokhar Moks.

The next day, LTA began working on moving the pedestrian crossing under the shelter to rectify the situation.

By 15 Jan, in just two days, the pedestrian crossing was shifted under the shelter in record time.

Going by this timeline, residents had to tolerate the inconvenience of a shelter-less pedestrian crossing for at least 6 months — when LTA could have solved it literally overnight.

A national mystery or simply a project left hanging?

Since LTA proved that realigning the shelter could be done over a weekend, we wonder why they procrastinated for half a year to get the necessary remedial work done. 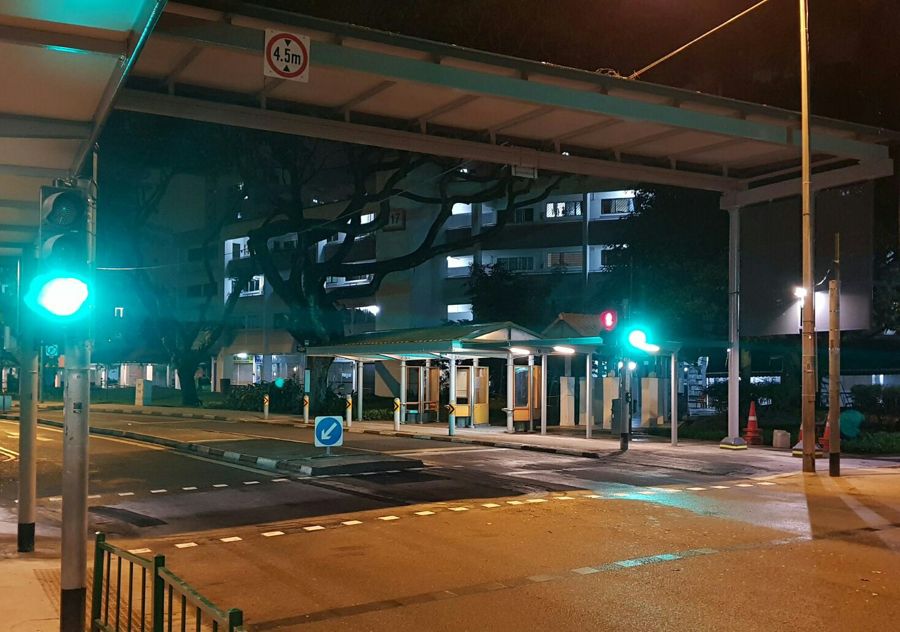 Also, didn’t Jurong-Clementi Town Council and Jurong Spring MP Mr Desmond Lee Ti-Seng notice this when they made their rounds around the estate?

Half a year is a more than reasonable time-frame to ensure the completion of this project.

Unfortunately, the pedestrian crossing was only shifted into the right position when Facebook and social media did its ‘thing’. 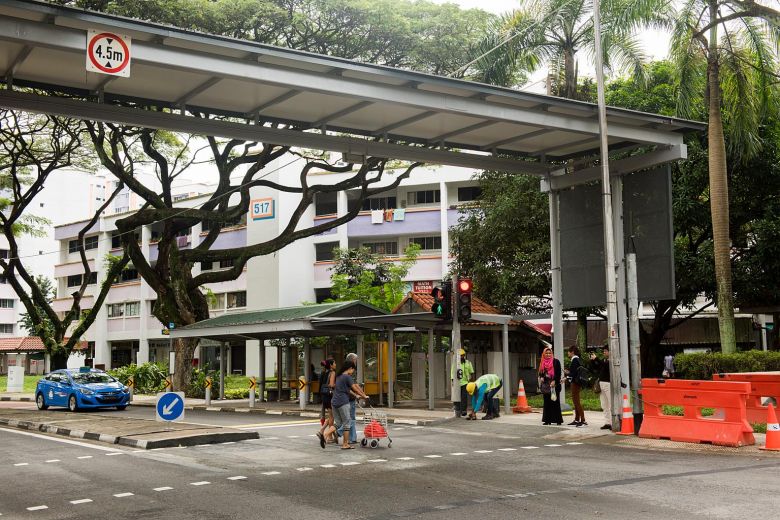 If the photos did not go viral on Facebook, how long would this misaligned shelter have remained in its original place?

We think that LTA should not wait for complaints to roll in, before jumping on the tasks they were commissioned to complete.

That said, perhaps the residents of the Jurong West estate were simply being considerate by not raising any major complaints before that.

But we’ll never know now if any of them actually notified LTA, prior to this boo-boo.

In any case, this is clearly a simple instance of promptly finishing a job. No mysteries to solve here, LTA.