Everyone’s probably already heard of the AirAsia flight QZ8501’s failure to arrive at Changi Airport yesterday morning on 28 December. Relatives of the missing plane are anxiously awaiting news of its discovery (it has not been found).

This morning, Channel NewsAsia (CNA) decided that it would be a great idea to report on their Facebook page that today’s flight QZ8501 had landed safely at Changi Airport. If that wasn’t a bad enough idea on paper, this is how they did it — possibly in the most misleading manner. 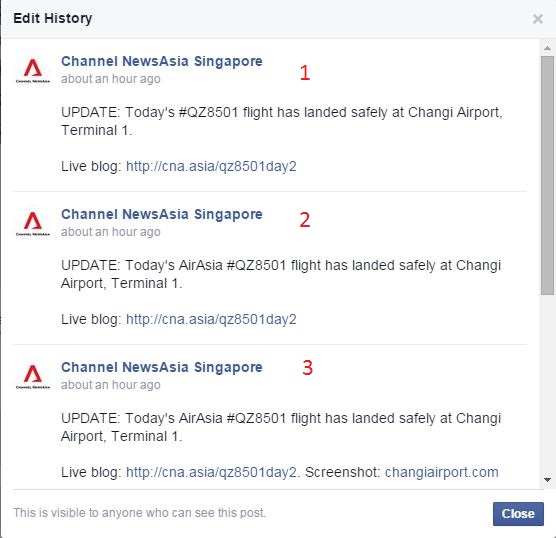 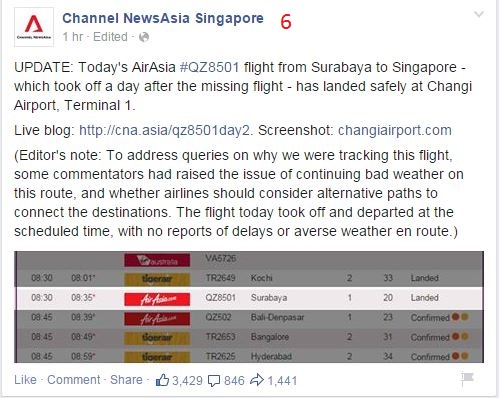 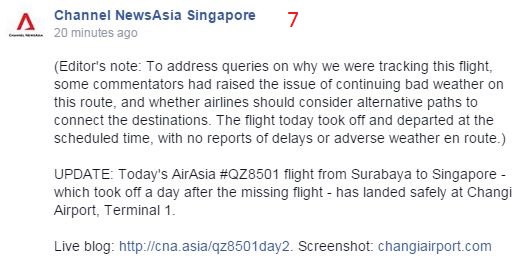 The original post has been edited no less than 7 times. However, even subsequent edits were insufficiently clear as to which plane CNA was referring to, leading netizens to believe that the missing plane had actually been found and had landed at the airport.

Of course, this was not the case, as the flight number merely refers to the flight route and not the plane itself, information that isn’t exactly common knowledge.

Netizens were up in arms over the misleading post.

One reader even suggested a better-worded headline which leaves any ambiguity out of the picture. Hire this guy to run your social media pages, maybe? 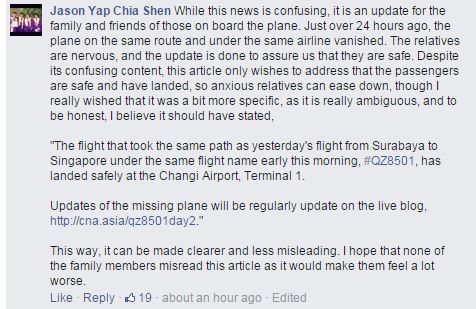 How about this guy? His headline is pretty succinct as well.

One commentator was quick to put down the rest who expressed outrage at the post, using some choice words. Can you really blame the people for misreading the post, though? On the upside, we all got to learn something about flight numbers and routes from his comment.

After yet another edit, it turns out that the editor had a reason for deeming the post news-worthy. Should we put down our pitchforks now? 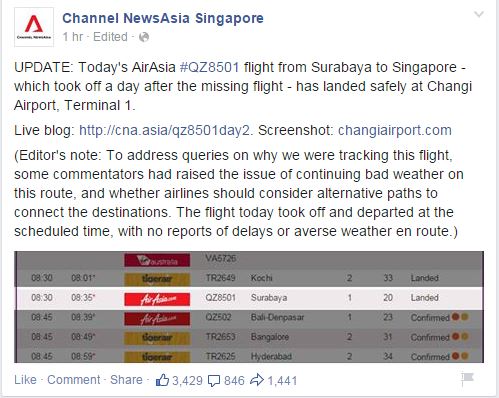 I’m not usually in favour of pitchforks being raised over every little mistake, but this incident is not a joking matter, and the post legitimately had people (including myself) believing that the plane had been found and returned due to its vague phrasing and lack of additional information provided.

The post also places the burden of knowledge on readers, which is not something a news agency like Channel NewsAsia should be doing, on social media or otherwise. We hope that future posts can be more informative.