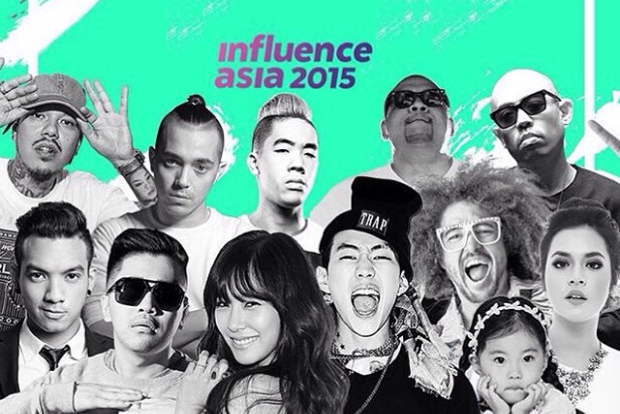 Unless you’ve been living under a rock, you should have heard of Influence Asia by now. The star-studded event was no less grand than Mediacorp’s annual Star Awards , and fans queued from as early as 10pm the night before in hopes of catching sight of their favourite celebs.

Produced by Singapore-based social media marketing company Gushcloud and hosted by Korea-based Yello Digital Marketing, the awards show gathered over 180 influencers from the region, including Singapore, Malaysia, Indonesia, Thailand, and the Phillippines. On Monday (7 Dec), Influencers were presented awards across 9 categories, such as the top lifestyle influencer, top fashion influencer, top beauty influencer and the list goes on.

With over 850k subscribers on YouTube, Peter Chao is known for his unconventional portrayals of Asian stereotypes. Chao, as Influence Asia’s emcee, kickstarted the event with his trademark Hong Kong accent alongside Singaporean actor-rapper Sheikh Haikel. The two weren’t acquaintances beforehand, but their onstage chemistry managed to rev up the audiences. In fact, their emceeing was so on point they were able to cover up minor botches — such as technical difficulties and announcing the wrong performer on stage — with their comedic acts.

Unfortunately, Peter Chao kept his signature pair of shades on throughout the show. 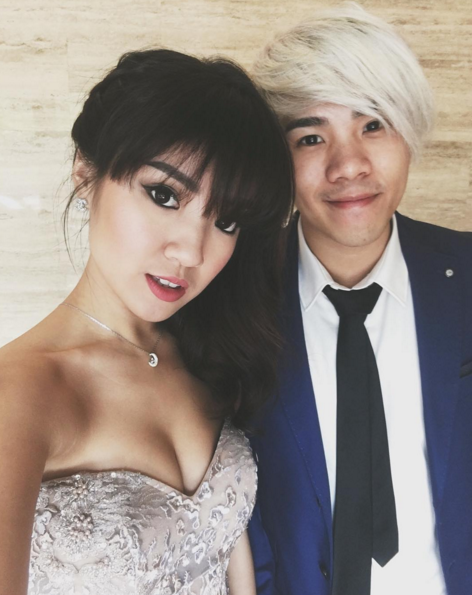 The epitome of #relationshipgoals may have split up four months ago, but Naomi Neo has said that they’re still friends. Instead of pretending nothing happened and ignoring each other, the pair graciously thanked the other on stage during their winning speeches. Who says things have to be ugly after a breakup?

In fact, Naomi was even spotted sitting beside Tan Jianhao’s sister Kayley Tan at the awards show. Naomi bagged two awards that day – the Top Lifestyle Influencer and Influencers’ Choice. Jianhao won the Top YouTube personality award, and even thanked his ex-BFF Ridhwan Azman, who recently left his company. 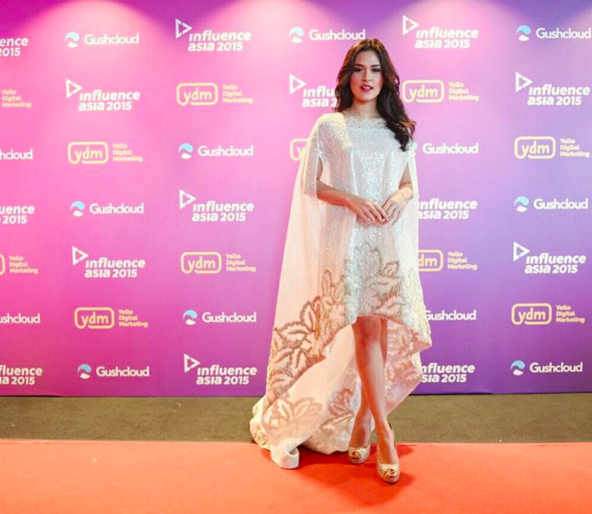 With over 6.7million followers on Instagram, Raisa is indubitably Indonesia’s most popular songstress.

No wonder Peter Chao was anxious for Raisa’s appearance — he made a mistake and announced for her to take stage ahead of her actual performance. The lucky guy later got a hug from Raisa.

With her unique singing style and powerful voice, Raisa serenaded the crowd with two songs — including an English song titled Bye Bye.

Little Yebin was no doubt the highlight of the show.

The star took her first flight out of South Korea especially to present the Top Parenting Influencer award. When Top Malaysian Parenting influencer Shaine Wong brought her son Jacob up on stage, the two little tots stood adorably beside each other, cueing awwws from the audiences. 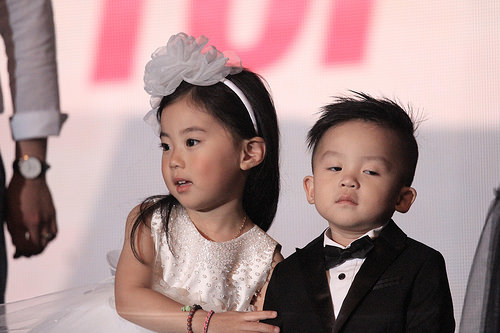 How can anyone’s heart not melt at the sight of cute little yebin? Jacob, on the other hand, was seemingly aloof and dao-ed Yebin who tried to be friendly to him – but we know that’s how boys are: acting cool. 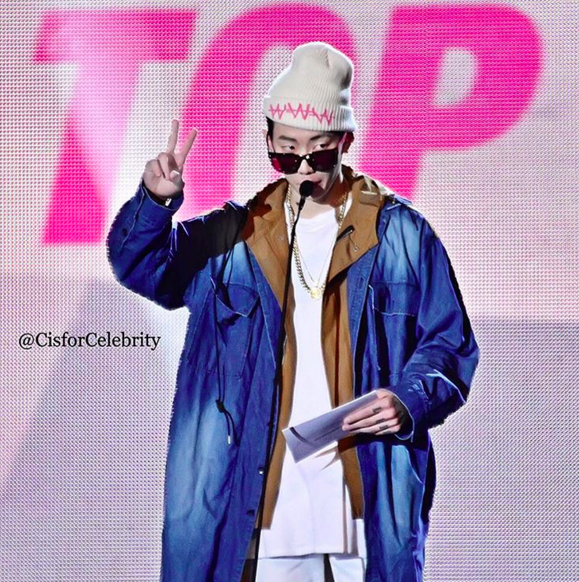 The audiences went wild at the very mention of Jay Park’s name, with loud cheering and shrieks reverberating around the convention centre. The presenter of the Top Fashion Influencer award, Jay Park appeared on stage in true fashionista style. 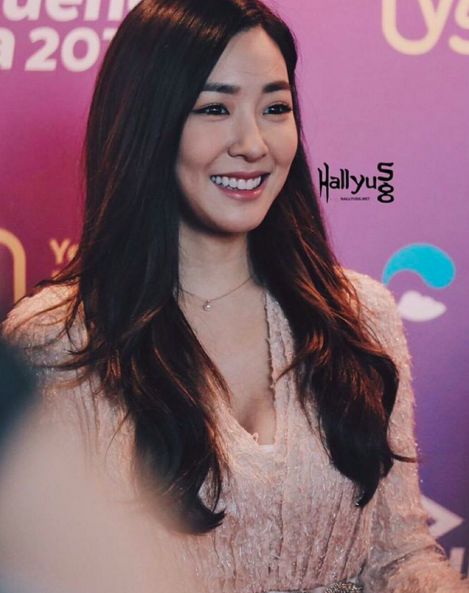 One of the biggest stars at the event, the most ear-piercing screams could be heard as Tiffany appeared on stage gracefully. In fact, the emcee’s script even read “let them (the fans) scream”.

The sweet-faced celebrity was a total sweetheart and had no airs around her – it’s not hard to see why fans are head over heels for her. For one, she offered to help Malaysian YouTubers Jinnyboy TV take a picture with the crowd when they won Influencer of the Year Award (Malaysia).

When Thailand Influencer of the Year Bie the Ska initiated a hug, Tiffany reciprocated the gesture. Oh, what fans would give to be Bie the Ska at that moment.

And of course, everyone wanted a selfie with Tiffany. The star kindly obliged to every selfie request, and her radiant smile never once faltered.

A name familiar to the YouTube community, Night Owl Cinematics (NOC) received their awards and gave funny speeches in typical NOC style. While Ryan kept his speeches short and sweet, Sylvia earnestly thanked NOC fans for their win before being distracted by Ryan whispering into her ear. She exclaimed “He’s always like this! He always prompt people [sic]!”.

The biggest winner of the event, NOC walked away with three awards — Top YouTube Channel, Influencer of the Year, and the Influencers’ Choice Award. But their biggest gain would be a selfie with Tiffany that Ryan brusquely asked for, saying “Actually we’ve already said what we wanted to say, can we just take a selfie with Tiffany”, drawing laughter from the crowd. 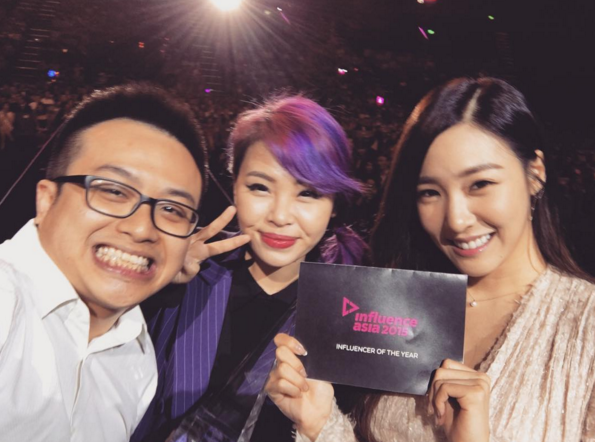 Check out Ryan’s cheshire cat-like wide smile. One can’t help but wonder if Ryan had to take the couch that night.

Redfoo made a grand appearance with his afro hairdo and antics. 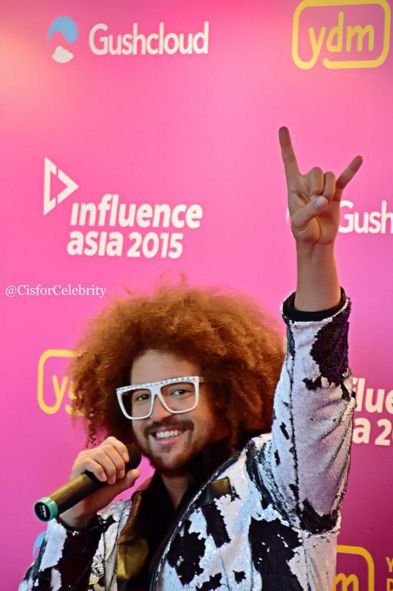 There was never a dull moment as Redfoo was presenting the awards. With his sense of humour, Redfoo kept the audiences engaged and hyped up.

At the end of the show, Redfoo brought the house down with a surprise performance that used pyrotechnics.

Not the end of Influence Asia

In the age of social media, influencers are the next big thing.

They influence you so much on a daily basis that you might not even know it — from fashion to food to beauty — even brands actively engage influencers to reach out to the masses.

It’s official — influencers are taking over Asia. And probably the rest of the world.