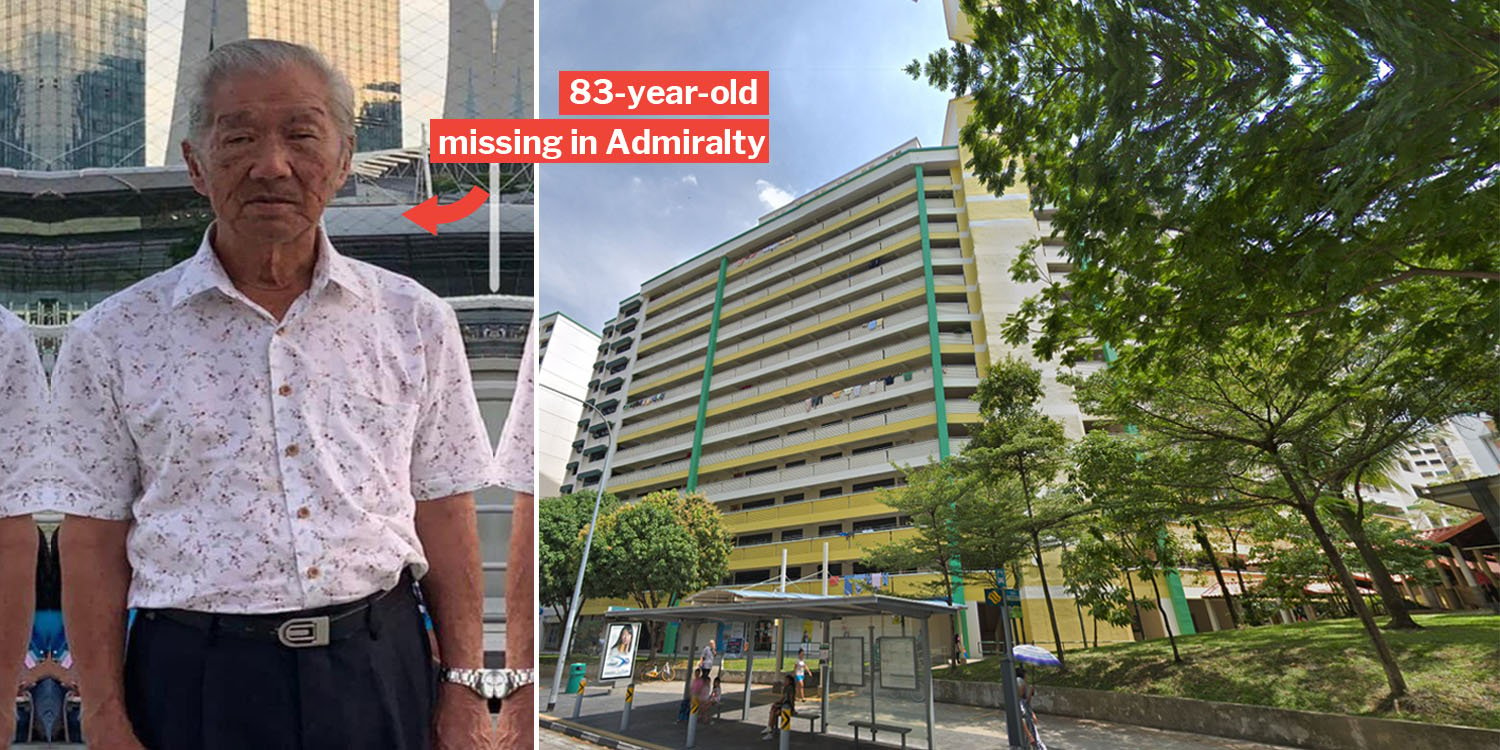 Missing family members are often a cause for worry, what more when it’s a 83-year-old grandpa who suffers from dementia.

A user called u/kopi-Ogao posted on Reddit in search of his friend’s missing grandpa.

Here is what he posted. 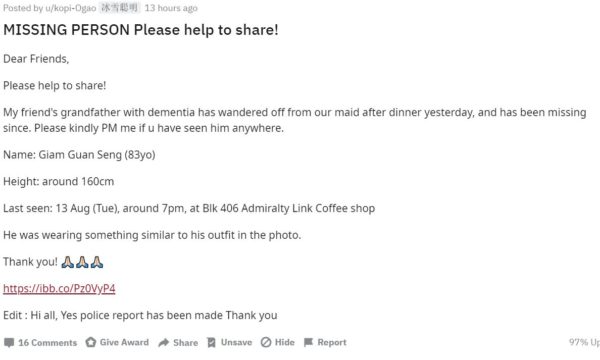 They have also lodged a police report on the matter, but are seeking the public’s help to look out for the missing grandpa.

The Redditor reported that his friend’s grandfather had been missing since 13 Aug (Tue) at around 7pm.

Mr Giam Guan Seng, 83, was said to have wandered off from his helper while they were having dinner in a coffee shop at Block 406 Admiralty Link.

He is believed to be wearing something similar to the picture below — a white-collared shirt with feathery prints, and black trousers.

He is about 160cm tall
Source

Seeking information from the public

The Redditor updated that a police report had been made.

In the meantime, he urges fellow Redditors to share the post in hopes of finding his friend’s grandpa as soon as possible.

If you have any useful information that could help their family, you can send a message to u/kopi-Ogao here.