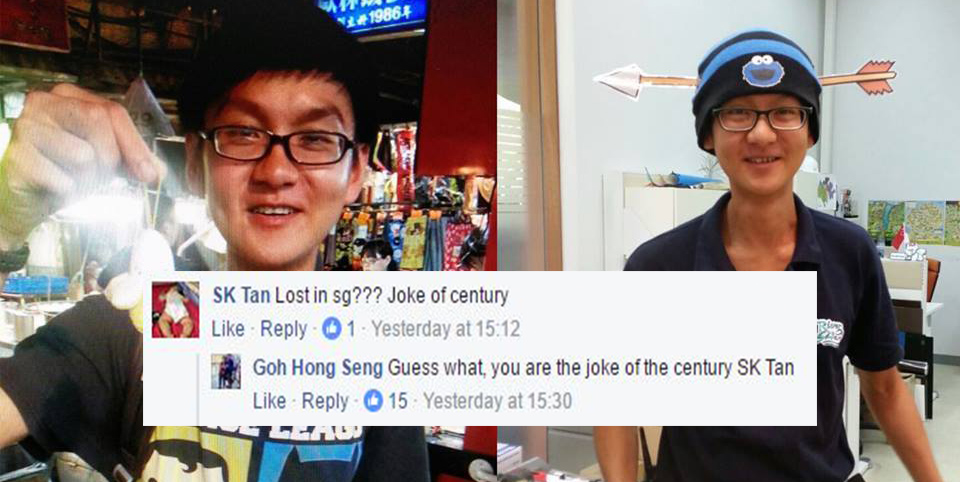 UPDATE: A body believed to be that of Mr Steward Lee was found at the top of multi-storey carpark on Monday (Feb 20) night. We send our deepest condolences to his family and friends.

In today’s episode of “Do Singaporeans Have A Heart?”, the answer remains a chilling: No.

Just 2 weeks ago, mean comments regarding an SIA girl who was found dead in San Francisco sparked outrage online. Across Singapore, there was a dip in reported levels of Faith In Humanity…Just kidding. But really, insensitive comments on Facebook completely disregarding the solemn mood at hand was utterly disappointing.

And it seems like the mean commenters are back at it, this time with regard to missing hiker Mr Steward Lee. 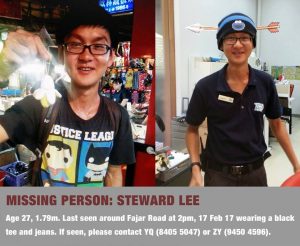 For the confused and un-updated, Mr Lee is an avid hiker who went missing last Friday (Feb 17) afternoon. The 27-year-old had left his phone at home, which made finding him even harder.

As of Monday (Feb 20), the search party is still out searching for him. Said search party consists of family, friends, volunteers, police officers, and park rangers, and is at least 70 men strong, according to The Straits Times.

Unfortunately, certain comments on The Straits Times’ Facebook page prove that some people might just be incapable of passing their thoughts through their brains before typing them on Facebook: 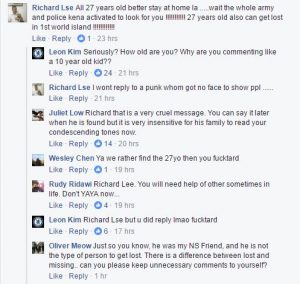 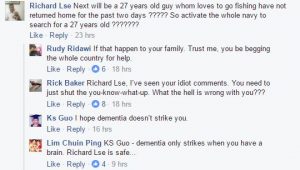 Apparently these think Singapore is so small that it’s impossible to get lost here. We didn’t know that they were giants, as that’s the only thing that can’t get lost in Singapore. 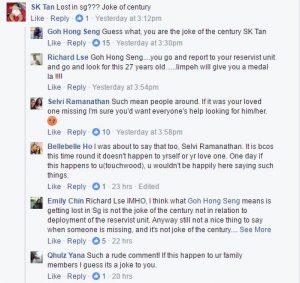 It is beyond us how people find it in themselves to make posts that are in such bad taste, and the replies to his comment prove that majority of the public are disgusted by the insensitivity too.

Thankfully, most others showed sympathy and hoped for Mr Lee to be found soon. 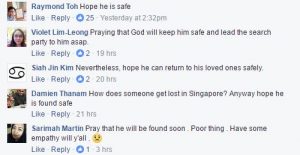 Other Facebook users chipped in by providing other possibilities: 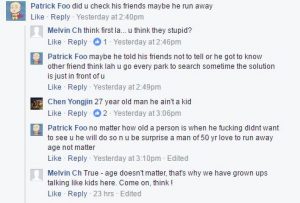 Ultimately, our faith in humanity is restored by seeing many Facebook users slamming the mean commenters, and reminding them to have some empathy for the loved ones of the missing man. 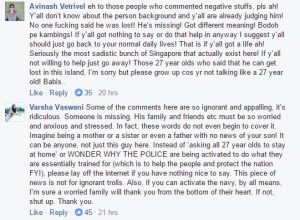 Regardless of what netizens say, it is the action and not talk that counts.

With the search party actively looking for Mr Lee, we send our hopes to Mr Lee’s family and sincerely hope he is found soon.