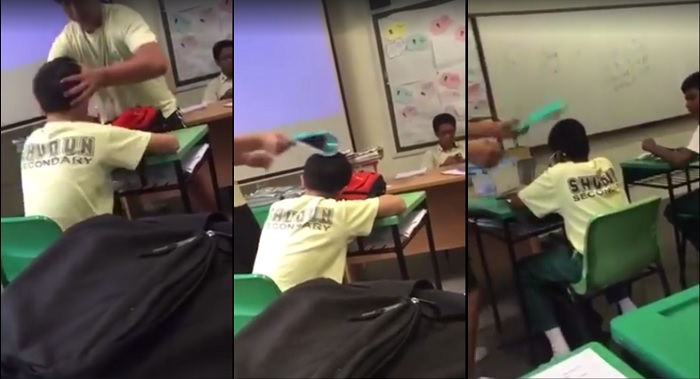 A video of a secondary school boy repeatedly slapping a classmate is making its rounds on the Internet. The video, posted Monday (21 Sept), has already garnered over 130,000 views.

In the video, the student slaps and assaults two of his classmates, who respond only by putting their heads down further. There appears to be no teacher in the classroom where the students were also blasting loud music.

Netizens reacted in shock to the video, requesting the school to take action.

Others, flooded the Ministry of Education (MOE) Facebook page, asking the authorities to step in. MOE has responded on Facebook, saying that it is looking into the matter.

This is hardly the first time a school bullying incident has come to light in Singapore. Earlier this year, The New Paper released a report revealing that one out of eight students in our schools are being bullied. These students are harassed at least once a week.