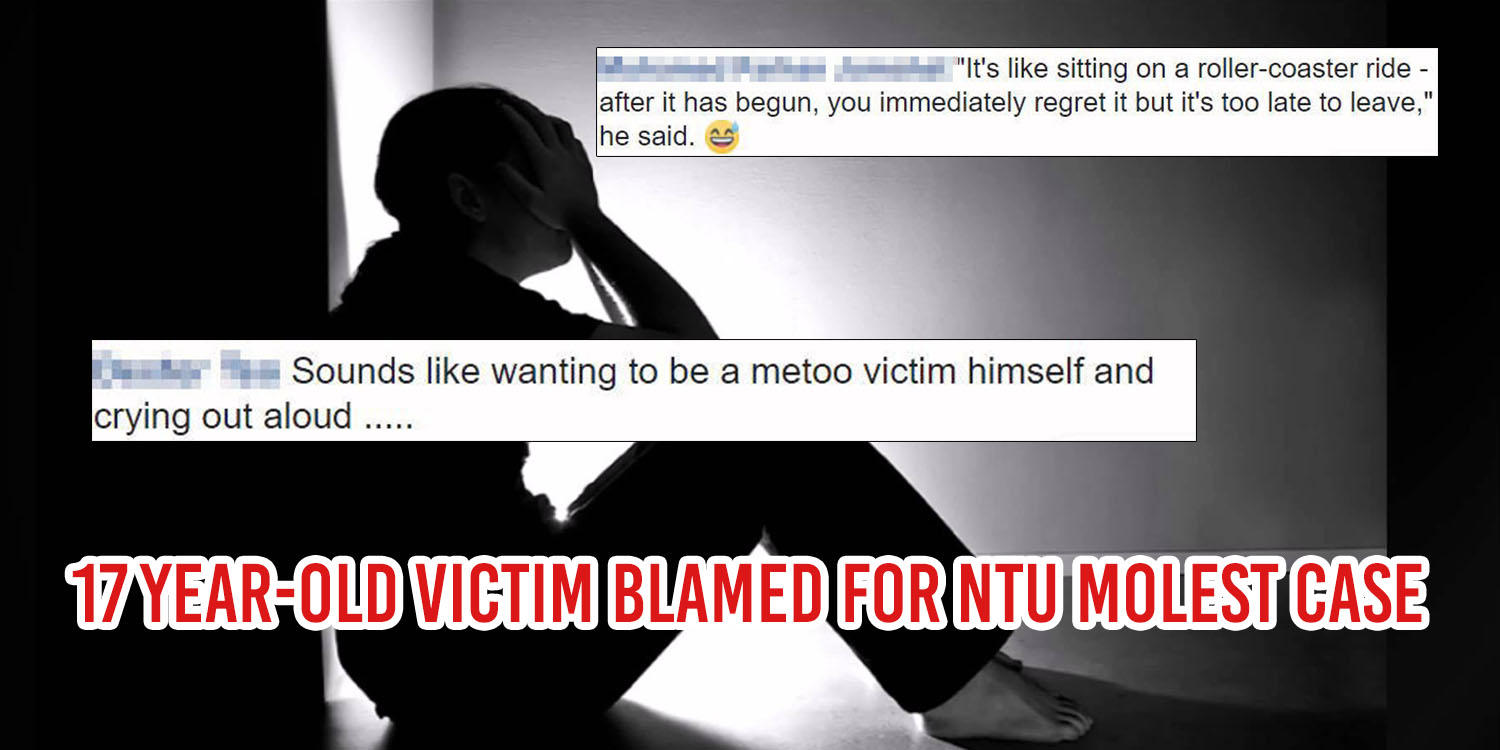 Teenage Victim Molested By NTU Post-Grad Student, Gets No Sympathy From Netizens

You’ve probably read about the arrest of a 25-year-old NTU postgraduate student, who molested a 17-year-old teenager under false pretences of doing research.

The victim fell prey to ads placed by the suspect on Craigslist, Locanto and Gumtree, seeking students aged 16 and below for a false research project on “body stimulation.”

Right now, the question at the forefront of your mind is probably “Why didn’t the victim suspect anything was wrong?”

Well, as it is with all sexual assault cases, it ain’t that simple.

Sure, the victim could have just said no. It’s easy, isn’t it? Just a two-letter, single-syllable word indicating one’s response in the negative.

But there were a few factors which may explain why the victim didn’t just ignore the suspicious advert, or run away during the assault.

The first reason probably had to do with the amount of cash involved. The perpetrator offered up to $25 per hour, and an additional $10 per session for students aged 16 and below, according to The Straits Times.

Since teenage students aren’t exactly the richest kids on the block, the promised amount of $60 could have been enticing pay for a simple job.

Especially for someone younger than 16.

Secondly, the suspect was described as a “big guy”.

The ‘experiment’, for lack of a better word, involved blindfolding the victim and tying him down to a bed. The victim would then be tickled for an hour before being molested.

Physical intimidation, coupled with the fact that the victim was blindfolded and restrained, may have prevented the victim from simply leaving.

Online sympathy seems to be lacking

Sadly, netizens do not seem to have much sympathy to spare for the 17-year-old. Some comments ranged from skeptical to downright insensitive.

This netizen prefers that everyone strives to be a “helpful member in society”, instead of going for “body stimulation”.

This guy found a way to insert LGBT affairs into the discussions. 404: link not found.

Safe to say, the response to this case would be markedly different if the alleged victim was female.

There’s crime, but will there be punishment?

Rather depressingly, a netizen has also shared his views on why the charges on the suspect may be withdrawn: 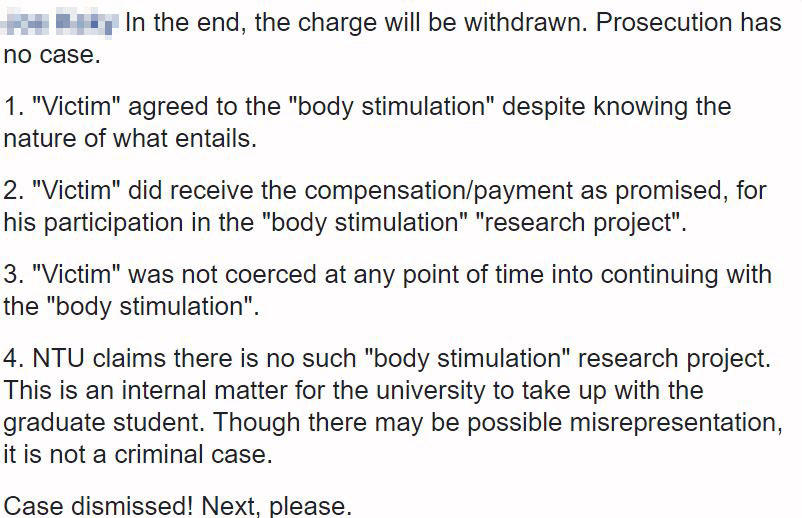 Even if charges do get brought to court, the alleged suspect might get off with a reduced jail term.

Late last year, a Judge sentenced a 27-year-old Malaysian man to 10 weeks in jail for taking obscene photographs of 33 men in public toilets.

This differed greatly from the six-month jail term he would have faced if his victims were female.

Should perpetrators of male sexual assault receive equal punishments as those who prey on women? We definitely think so.

A crime is a crime and should be dealt with the same way. And after all, crimes against minors are reprehensible, regardless of gender.