Must Share News – Independent News For Singaporeans
Home Viral Facebook The HDB Elderly Abuse Had Gone On For 6 Months Before Anyone...

Authorities have ensured the abused elderly woman is in safe hands

Ministry of Family and Social Services (MSF) have confirmed through their Facebook page that they are looking into the incident of the abused 58-year-old woman is yesterday (21 July). Singapore Police Force (SPF) is also investigating the case. 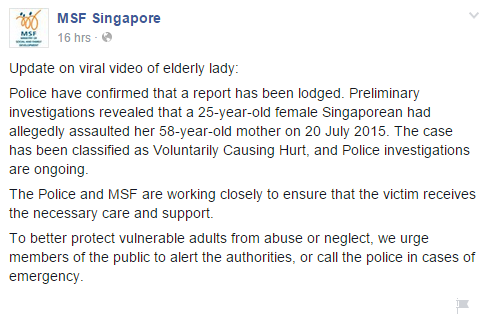 MSF and other authorities were initially alerted of the abuse by a viral video initially posted on Facebook. Netizens showed great care and concern for the old lady thorough their comments with some offering financial help to her.

Minister for Social and Family Development, Tan Chuan-Jin, commented via Facebook that he appreciates the involvement of the community bringing this matter to the authorities. However, he is not able to discuss further details with the public.

Domestic abuse for the last 6 months

According to an interview with The Straits Times, Mr Juani, the person whom shared the video on Facebook, admitted that the violence had been going on for the past six months. His initial reaction was not to interfere with the victim’s family matters, but was compelled to take action after seeing how much the old lady suffered.

One of the neighbours known as Mr Singh told the media that he heard the family screaming and banging the walls at night. He added on that the family had borrowed approximately $5000 from him.

Ms Low, whom lives a couple of doors away, reported that seeing the 25-year-old daughter slapping the mother at least twice a week. The mother was sweeping or washing the common corridor when it happened.

Another neighbour, Mr Samat S, witnessed the abuse first hand he saw the daughter slap and kick the mother. He confessed that he did not know what to do and was glad something was done.

It’s sad to see such abuse cases happening with no actions taken due to the lack of awareness. It’s important for victims to seek help and know the different platforms to be taken by them. Not only that, it’s comforting to see that the community gets involved in these scenarios which showed how caring Singaporeans are. 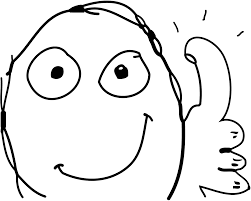 Man Hits Toa Payoh ATM With Dustbin For ‘Eating’ His Card, Gets Arrested For Causing Annoyance