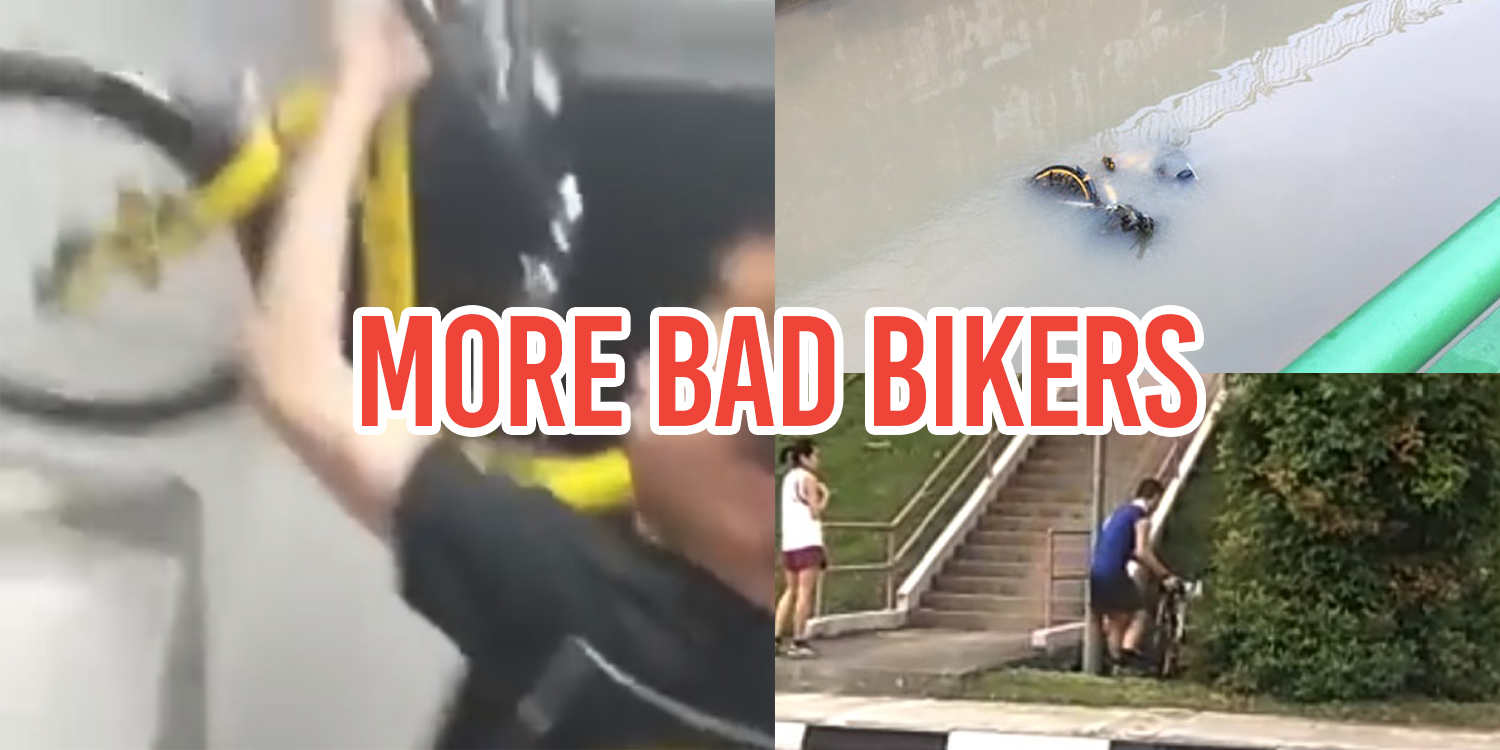 You’d think that after ten months since their introduction, Singaporeans would’ve at least started treating shared bicycles with more care by now.

They’re relatively affordable, located virtually everywhere, and provide us with a fun way of getting around short distances. So why do we still keep acting like cycle-paths when handling them? 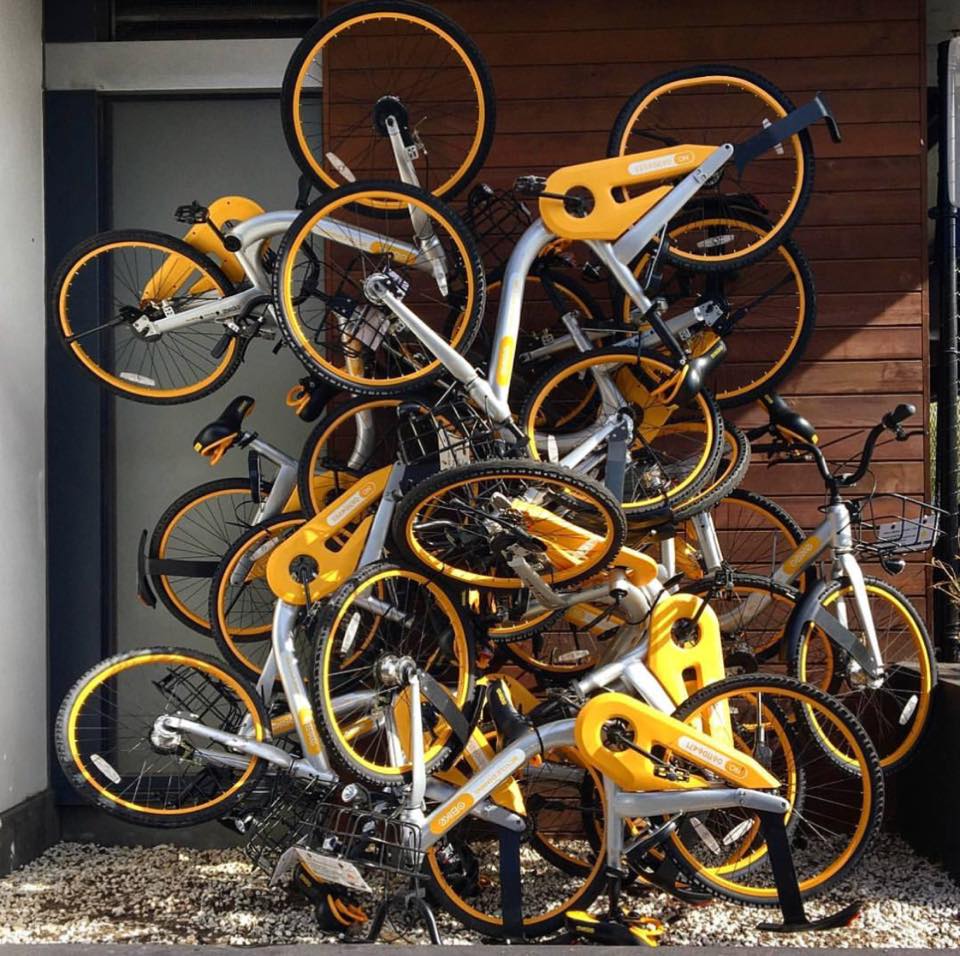 Earlier in April, we wrote about 8 cases of bike abuse that show why bicycle sharing in Singapore may be doomed to failure. Unfortunately, it seems that the problems have only gotten much worse since then — a viscous cycle, some might say.

Here are 8 more incidents of bike abuse that show why we can’t have nice things.

1. Lock picking but not really

Let’s start with the most recent incident involving a couple of Ofo bikes.

On 8 Dec, a video showing two boys damaging the lock of the rental bicycles to avoid paying for the fare surfaced online and quickly went viral.

Brandishing what seems to be a hammer, the boy in red can be seen repeatedly hammering on the lock of the bicycle. This goes on until it’s damaged and unable to function properly. His friend in pink then rushes over and they both ride off into the moonlight — leaving the cameraman behind.

Ofo has responded to Channel NewsAsia stating that they were aware of the situation and “will not hesitate to work with the authorities” in such cases.

While we’re not advocating such acts of crime, one must wonder if you’re intending to do such a thing, why bother recording – and uploading – the footage in the first place? Just seems like a time bomb waiting to explode.

2. Thrown into a drain

On 19 November, a couple was caught on camera throwing several oBikes into a drain.

According to the video, it seemed that the male got upset after being – presumably – blocked by the bikes in his path.  His solution? Chuck them into the nearby drain.

Believed to have occurred in the late afternoon along Lower Delta Road, the video quickly went viral — with netizens crucifying the couple involved but also debating whether the bikes obstructing the path was to blame in the first place.

The 37-year-old man and 36-year-old woman would eventually turn themselves into the police at Bukit Merah East Neighbourhood Police Centre, according to The Straits Times.

While we’re still on the topic of throwing bikes into drains, check out the following image: 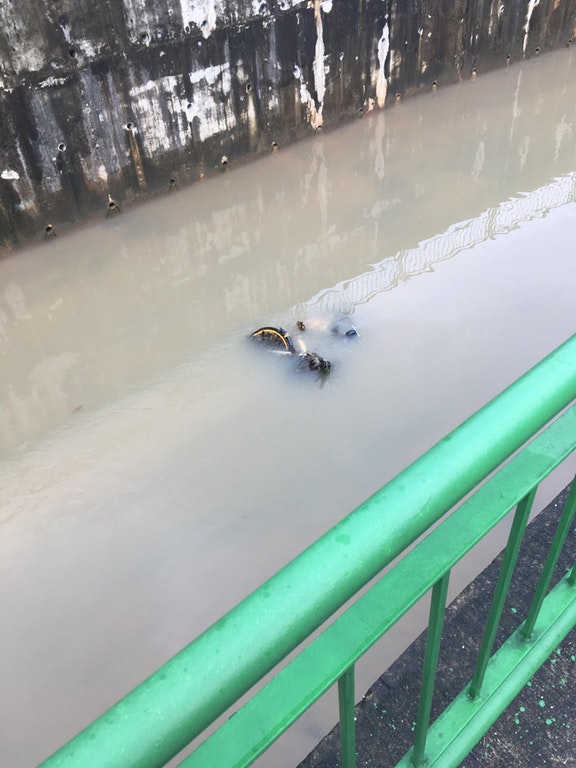 We can’t even begin to imagine what happened prior that led to such a decision but this is really just plain wrong.

Not only does this render the bike unusable, it also pollutes the environment as well, but that clearly seems to be the least of the culprit’s problems.

At the very least, throw it into an empty canal lah.

What is it with people filming themselves and uploading the video online?

Take a look at this shirtless hoodlum who proves that if something’s worth doing, it’s worth over-doing.

Here’s a checklist of what he did:

What’s the point to all this? Does he get a sense of accomplishment by doing so? And why is he shirtless?

Surely no amount of bike abuse can be worse than this.

This teen just straight up tosses an Ofo bike off the 30th floor of a HDB.

Believed to have taken place at Block 116B Jalan Tenteram, this is just taking things to a whole new level.

6. Left by the highway

On 20 November, The Straits Times reported that 20 shared bicycles were seen left by the roadside. Which is harmless really, except that it was dumped close to PIE.

Where you know, a lot of vehicles tend to be. 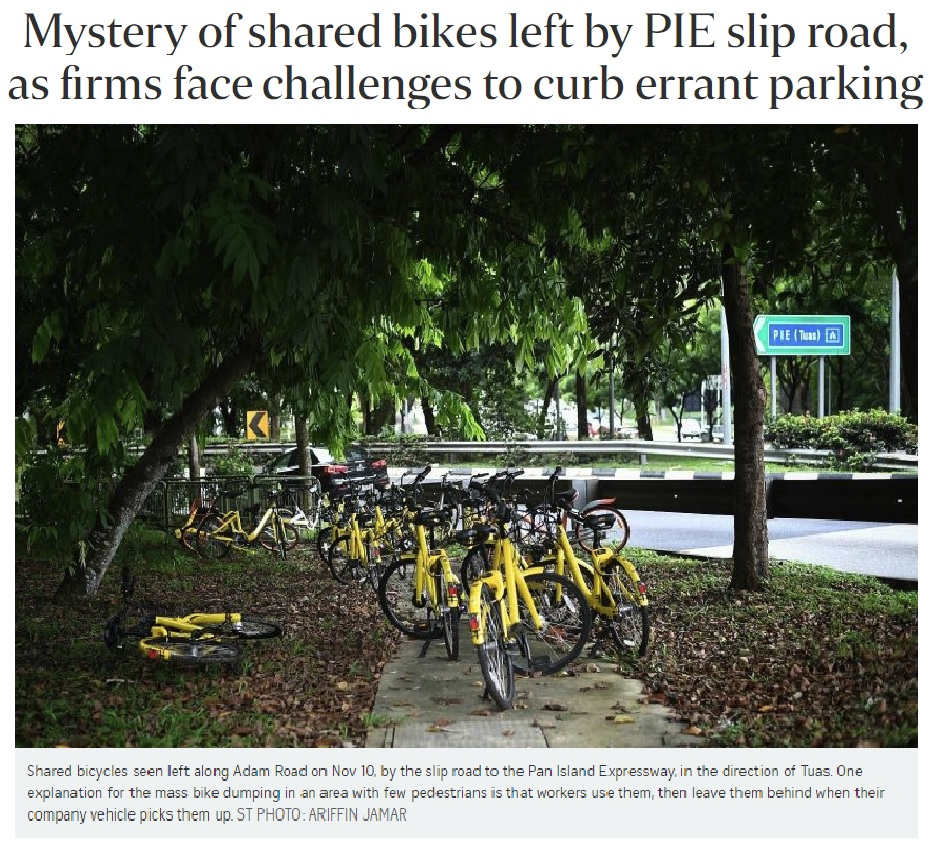 In total, 14 bicycles from Ofo, four from oBike and two from Mobike were found along Adam Road just by the slip road to PIE in the direction of Tuas.

When asked, an oBike spokesperson speculated that the bikes could’ve been as a result of the construction workers cycling around the area before leaving them behind when their company vehicles pick them up.

In our first part, we talked about how some bikes were left in such wretched conditions that pieces of it were missing.

This next culprit takes things even further by stripping an oBike of everything except for the main frame. The Local Society reported that this took place at Blk 44 Sims Drive.

Perhaps he or she intends to sell the parts for extra money after stripping them. That’s technically a smart move business wise, right? Yes, but he or she is also a vandal who is ruining bike-sharing for the rest of us Singaporeans.

Perhaps you even hate the colour white as well. So what would you do then, get your own bike a colour of your choosing? Of course not, that’s for losers. 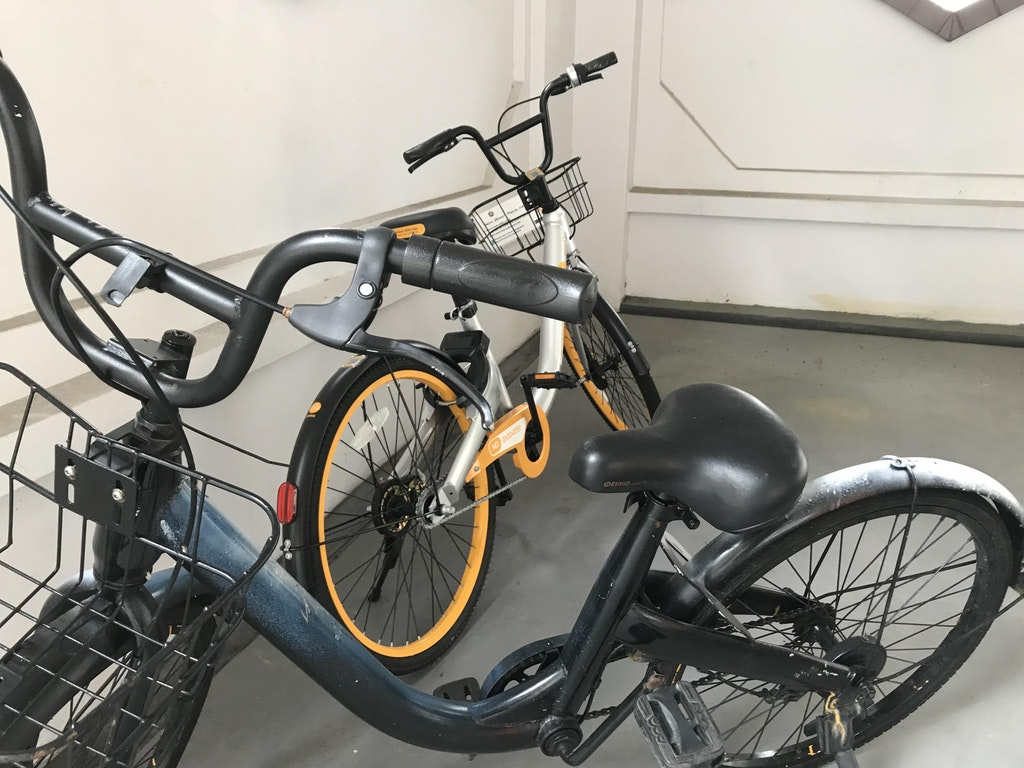 To his defense, black is really fashionable these days.

All things considered, this is actually pretty mild compared to the rest of this article.

Shame on the culprits

There you have it, 8 more cases of bike abuse in Singapore.

First-world country? Yeah, but some of our people aren’t exactly doing their parts to help maintain that. Shame on you people.

Let us know your thoughts in the comments below and we’ll see you again at part 3.