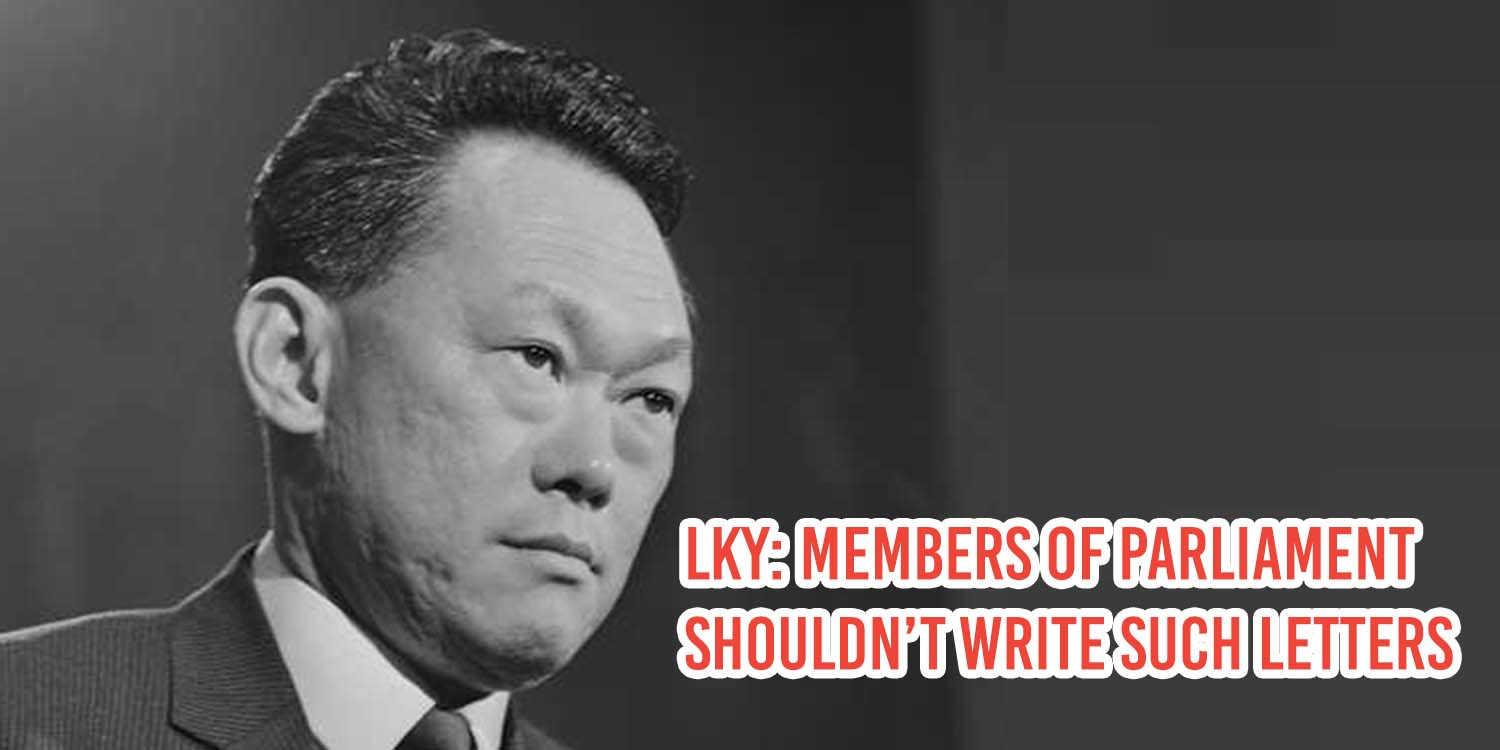 Her car collided into a motorcyclist, leaving him with multiple fractures requiring several operations to fix in 2 months.

Ms Tang was slapped with a 1-week jail term and a 2-year driving ban. But she didn’t go down without a fight.

Nor was this case a normal one. In fact, for such a seemingly innocuous case, it attracted a sizeable amount of attention.

The reason? A letter from Sengkang West MP Lam Pin Min sent on Ms Tang’s behalf to the State Courts.

While such occurrences are rare but not unheard of, the “misleading ” information in Mr Lam’s letter didn’t actually correlate to the Statement of Facts (SOF) of the case.

As Justice See Kee Oon wrote in his judgement on 25 Jan:

He used “troubling”, “misleading” and “unfairly” in the same paragraph.
Source

Mr Low shared an anecdote about how things were run under Mr Lee Kuan Yew’s tenure as Prime Minister.

The list of revelations in his letter are as follows:

Interesting, to say the least.

Clearly, Mr Lee was intent on keeping the executive, judiciary and legislative branches of the government free from external influence or interference.

He also wished to keep elections a fair game, predicting that voters might be swayed by their constituent MP’s past assistance.

Let’s take a look at how Dr Lam tried to help his resident and the good – or lack thereof – it did her.

Ms Tang, presumably not willing to do time in the slammer, did what most people in a similar situation wouldn’t have thought to do — going to her MP for help.

Approaching Dr Lam at a Meet-the-People Session, Ms Tang shared the “circumstances leading to the accident” with him. She also said she was “regretful and intended to plead guilty.”

This meeting happened in February. Dr Lam sent a letter of appeal to the Traffic Police on her behalf.

Apparently, the letter didn’t do much good, because Ms Tang went to another Meet-the-People Session in April, reminding Dr Lam that she would be charged in court on 2 May.

A sealed envelope addressed to the State Courts was given to her by hand on that very day (18 Apr), according to ST.

Dr Lam then clarified, there was indeed “some urgency” due to the case being raised in two weeks’ time.

The letter stated that Ms Tang’s car “accidentally brushed a motorcyclist resulting in the motorcyclist sustaining some injuries”.

Some injuries? Sure, if you consider multiple fractures and needing a dozen operations in two months to be “some injuries”. Every morning I break my legs, and every afternoon I break my arms
Source

This was seriously frowned upon by Justice See, who thought that Ms Tang “sought to unfairly trivialise the accident and diminish the true extent of the victim’s substantial injuries”.

Weirdly enough, misrepresentations of this degree are entirely the fault of the resident, not the MP writing the letter.

You think, I thought, who confirm?

Minister in the Prime Minister’s Office Chan Chun Sing was kind enough to respond to ST’s queries. He said that the PAP has “no specific governing rules” on the sending of MP letters. 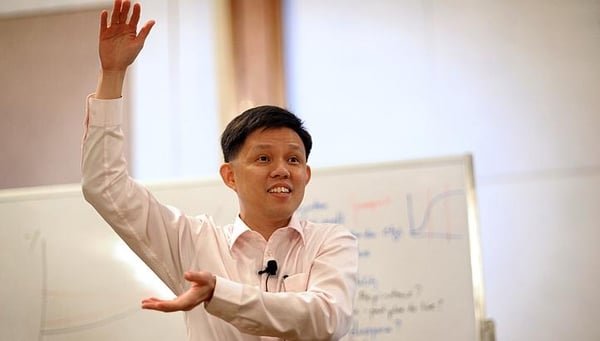 He revealed that the ruling party’s “longstanding internal protocol” involves what follows,

If the resident requests the MP to do so, he will write a letter to present the resident’s case . The letter will be based on the resident’s assertions, as the MP will usually not be in a position to verify the facts stated by the resident.

Apparently, all you have to do is to make a request. That seems pretty easy.

And also kind of exploitable, which is what Ms Tang seems to have done.

ST then reached out to 10 MPs asking if they would consider writing to the State Court on a resident’s behalf.

MP Intan Azura Mokhtar from Ang Mo Kio GRC said she would give them the benefit of the doubt, adding that Meet-the-People Sessions do not have the resources to fact-check a case brought forth by a resident.

This episode has sparked much debate over the separation of powers between Singapore’s executive, judiciary and legislative branches.

Ms Tang’s case is evidence that people in search of leniency for sentencing, may seek to exploit the guidelines – or lack thereof – in our MP’s approach to appeal letters.