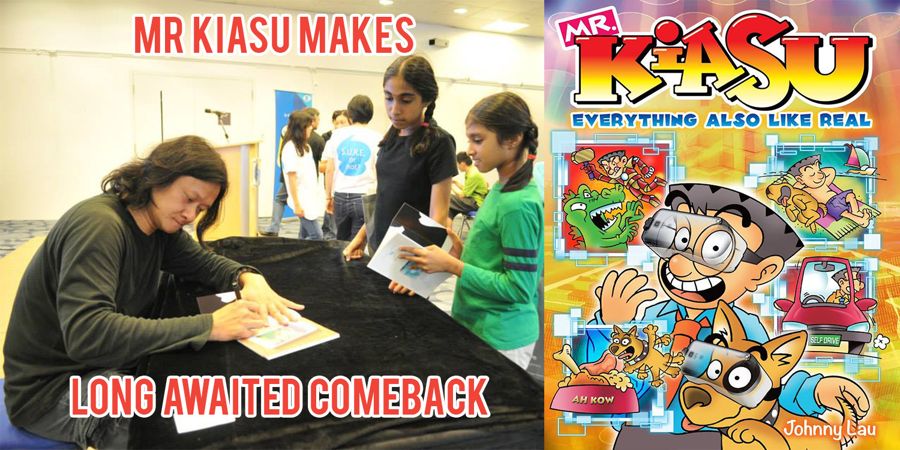 Singaporeans that grew up in the 1990s will have much to rejoice on 9 Sep, as iconic comic series Mr Kiasu is making a return after an 18 year hiatus.

Titled Mr Kiasu: Everything Also Like Real, the comic is the 12th installation in the series, which has already seen 8 volumes, 3 spin-off titles and an unofficial National Library Board collab.

Much has changed since the 90s, with technological and landscape changes making Singapore unrecognizable 2 decades on. With such changes taking place, there are inevitable concerns of if Mr Kiasu will be able to captivate a younger audience like he did in the 90s.

Well, Shogakukan Asia shared on their page that Mr Kiasu will encounter familiar modern tropes such as tech disruption and millennials.

For ardent fans of the series, it’s time to fish out those dusty old editions and take a trip down nostalgia lane.

But what if I don’t have the older editions?

The new issue will be released at major bookstores and the CharaExpo from 9 Sept, but you can pre-order the book if you are afraid that it will get sold out. However, if you don’t already own the comic books, we’ve got some bad news.

After hearing about Mr Kiasu’s comeback, the MustShareNews team channeled our inner Kiasu-ness and scoured bookstores all over Singapore for the older volumes.

We checked a total of 23 different stores, from mainstream retailers like Kinokuniya, Times, and Popular, to the independent shops at Bras Basah but to no avail. None of the shops we called had any old copies of Mr Kiasu left.

Shogakukan Asia’s Singapore branch also revealed to us that they were unsure if the older comics will be republished, given that the older editions were published by previous distributor Comix Factory.

However, we managed to find a few sellers on Carousell who are selling their old copies so if you are quick enough, you might be able to snipe certain volumes from as low as $2. 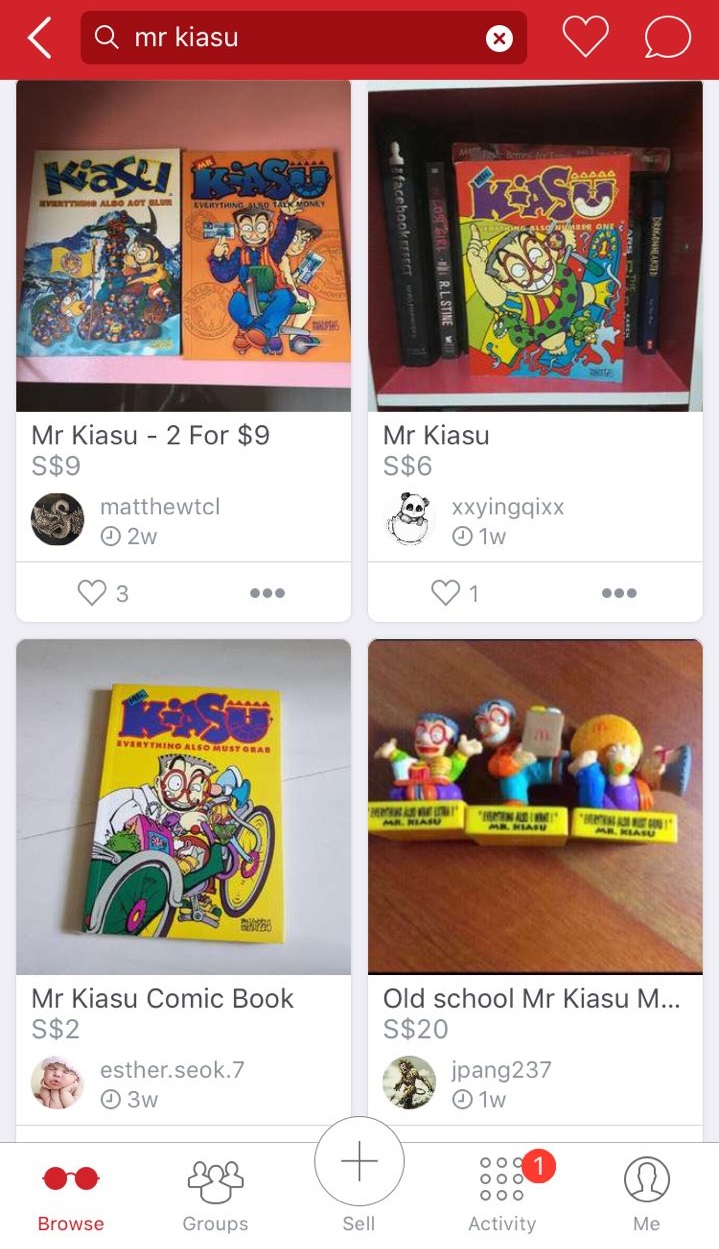 The NLB also has most of the titles in its library so hurry down and ‘chope’ those books before they get loaned out.

Once a cult favourite

Mr Kiasu was a huge hit in the 90s because Singaporeans were able to identify with the character’s antics.

Back when viral meant you were ill, popularity was measured by McDonald’s decision to launch a Happy Meal toy in your namesake.

Not only was the character so popular that it made our list of greatest McDonald’s toys from the 90s, the fast food company was also kiasu enough to launch a Kiasu Burger.

Kiasu has become so popular, that the word has even been added into the Oxford Dictionary! 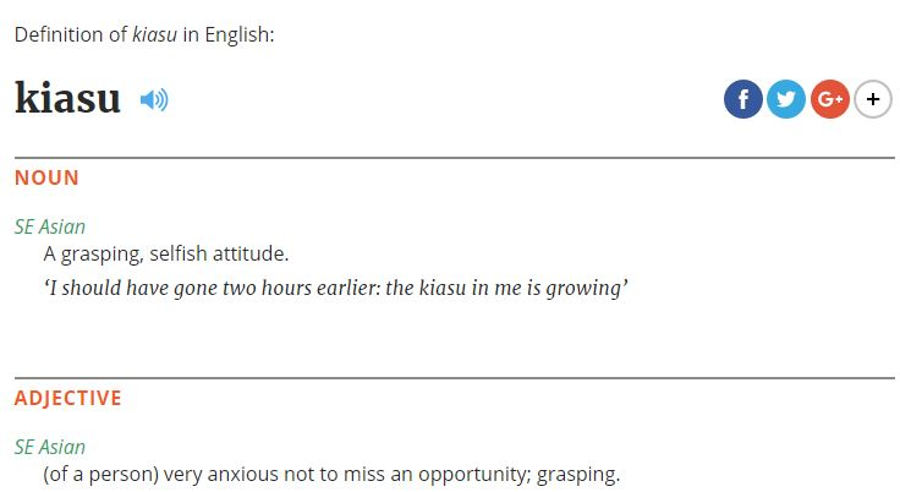 In a Channel NewsAsia report on 22 Aug, Mr Lau revealed that he retired the character “during its peak” after the comic was adapted into a Channel 5 TV series in the early 2000s.

Of course, the series run its course a long time ago, but episodes are still available on Toggle.

However, Managing Director of Shogakukan Asia, Bunsho Kajiya felt that the kiasu-ism is “more relevant than ever in today’s generation” and convinced Mr Lau to return to the drawing board to revive the comic.

This is not the first time that Mr Lau has revived the character. In 2013, the National Library Board collaborated with the cartoonist as part of the national information literary campaign.

The Source, Understand, Research, Evaluate (SURE) campaign was initiated to “create awareness of information literacy and imbue in the public the ability to locate, comprehend, and assess information more effectively” as Today reported on 24 Oct 2013.

Mr Lau and the NLB’s collaborative comic was titled Mr Kiasu: Think Sure and a teaser version can be found here. 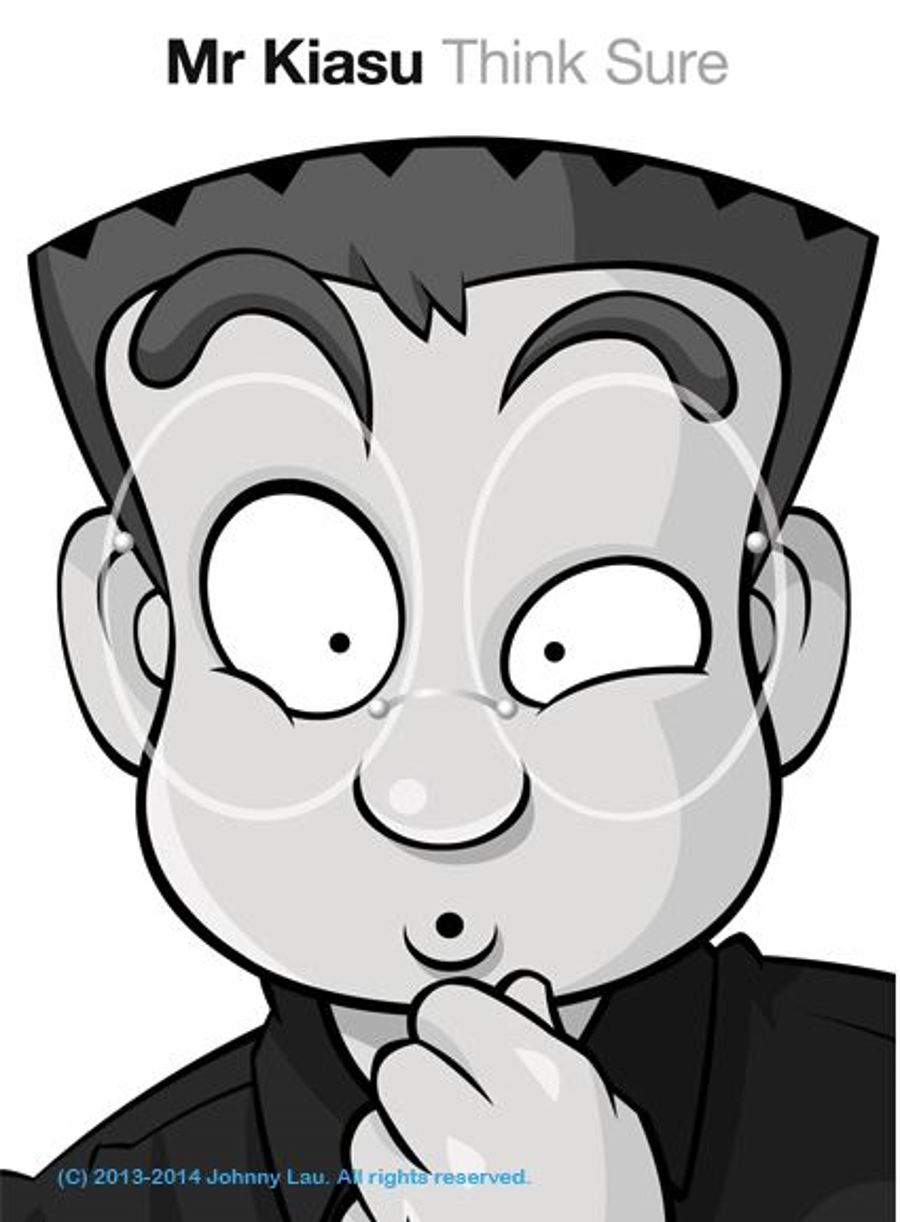 What better way to promote the importance efficient research than through the iconic “afraid to lose out” character.