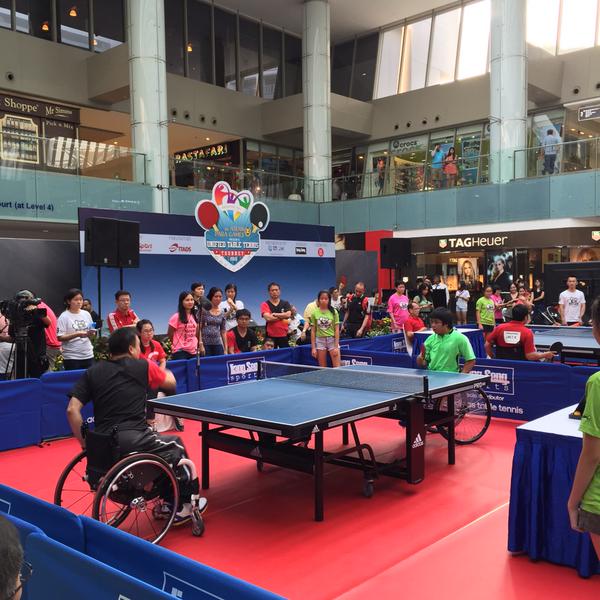 To MRT or not to MRT?

The decision to ask ASEAN Para Games athletes to take the train to their events, and then the hasty clarification that it was just ONE of the many travel options provided, has stirred a debate among Singaporeans.

On Wednesday (7 Oct), the Singapore ASEAN Para Games Organising Committee (Sapgoc) revealed that public trains will be the primary mode of transport for athletes during the ASEAN Para Games in December. Athletes would take the Circle Line from the Games Village at Marina Bay Sands (MBS) to the Singapore Sports Hub and vice versa. Sapgoc chairman Lim Teck Yin told The Straits Times:

Lim Teck Yin added that use of public transport to ferry athletes was part of creating a “spirit of inclusiveness” for persons with disabilities to mingle with general commuters, creating one cohesive society.

While some applauded the idea, many did not take it well.

Some questioned the practicality of public train transport for athletes who are visually impaired or have mobility troubles. There is also a fear that the athletes would be late if the trains are crowded or if the equipment cannot fit on the train.

Eight out of the 15 sports will be played at the Singapore Sports Hub.

The $75 million budget for ASEAN Para Games is much smaller than the $324.5 million SEA Games budget, but some might argue that it is because there were more athletes and spectators at the SEA Games. And yet perhaps we should have given consideration to provide bus transport for Para athletes instead of the SEA Games athletes.

Organisers clarify that athletes can use the shuttle buses

Then, in a hastily put-together press conference yesterday night, the ASEAN Para Games organisers clarified that athletes will be equally welcome to also use dedicated shuttle buses during the 3-9 Dec event. Lim Teck Yin said he will leave the options open for the athletes to decide which suits them best when travelling back and forth the competition venues.

He said the media: “I won’t be disappointed if the athletes don’t take the train in the end,” he added. “It’s their choice and we must respect it.”

While the decision initially spurred an online uproar, some have also come forth to defend the option, saying that it made practical sense.

Many still thought that using the para-athletes to teach Singapore commuters social inclusiveness was patronising.

The purpose of conveying the para-athletes via public trains for promoting social inclusiveness between them and commuters is cringe-worthy. Para-athlete would not want to be seen as more courageous or any different from able bodied athletes. They would want a level playing field, whether it is in the competition venue or outside out it.

Besides, athletes are not competing in the Games to promote social inclusivity.

They are here to win it.

Featured image via 8th ASEAN Para Games
With reference to The Straits Times, Asia One