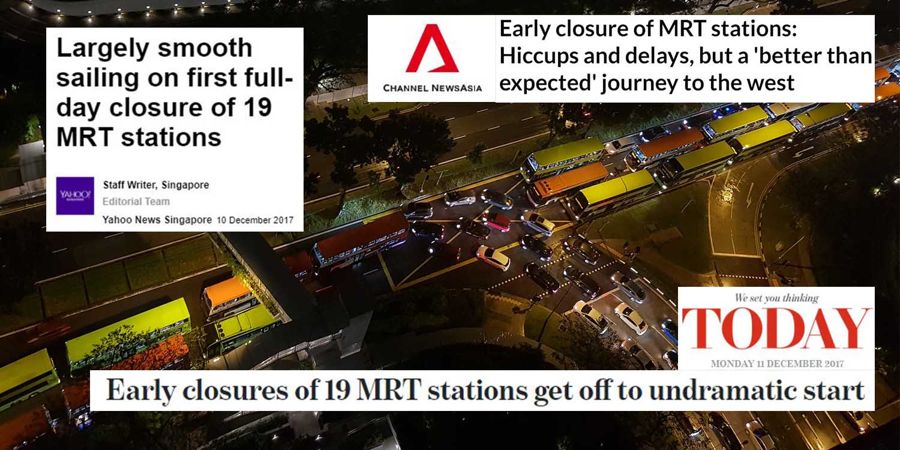 Few were expecting this, but the first of two major full-day MRT closures on Sunday (10 Dec), didn’t crash and burn as badly as we thought.

Hiccups on-site were virtually non-existent, or so most mainstream news outlets reported.

With many netizens airing their woes online about the negative experiences they faced, it did seem like regular commuters largely begged to differ on social media.

In short, has SMRT’s efforts finally paid off? We examine if it’s too early for SMRT to break out the durians to celebrate.

In the East they could do Jurong

Come Sunday morning, crowds of commuters gathered around crowd marshals and SMRT staff for assistance. Especially around the shuttle pick-up points to inquire about where to take the shuttle services.

As reported by Yahoo, many of them appeared to be foreign workers who were not aware of Jurong East station’s closure beforehand.

However, the large crowds were efficiently dealt with. Channel NewsAsia reported that buses pulled into the station within 10 minutes and this presumably helped greatly in dispersing the long lines of passengers.

Over 400 staff and crowd marshals were sent in shifts to assist commuters. TODAY reported that most of them were part-timers employed to be crowd control marshals, which actually turned out to be a pretty sweet working gig.

If that wasn’t enough, flyers with vital information about shuttle bus services were distributed to commuters. Signs were also placed at multiple locations to direct the flow of human traffic towards the appropriate pick-up points.

However, online reactions were mostly negative, especially with regards to commuter experience during the MRT closures.

Some reportedly faced an unexpected increase in travel time. This netizen took to SMRT’s Facebook page to detail his horrible encounter on the shuttle bus. Apparently, he was stuck for 45 minutes on a shuttle bus between Clementi and Jurong East MRT stations. Roads were cramped due to an accident on the road, and everyone on his overcrowded bus suffered from the lack of decent air-conditioning.

The netizen urged the public not to be taken in by mainstream press for reporting that it was “smooth-going”, while blaming the delay on bad planning by SMRT.

Others mused that horrific jams were caused by the shuttle buses which serviced Jurong East MRT station instead.

Check out these colourful bus caterpillars spotted near Westgate as captured by a netizen on Facebook. 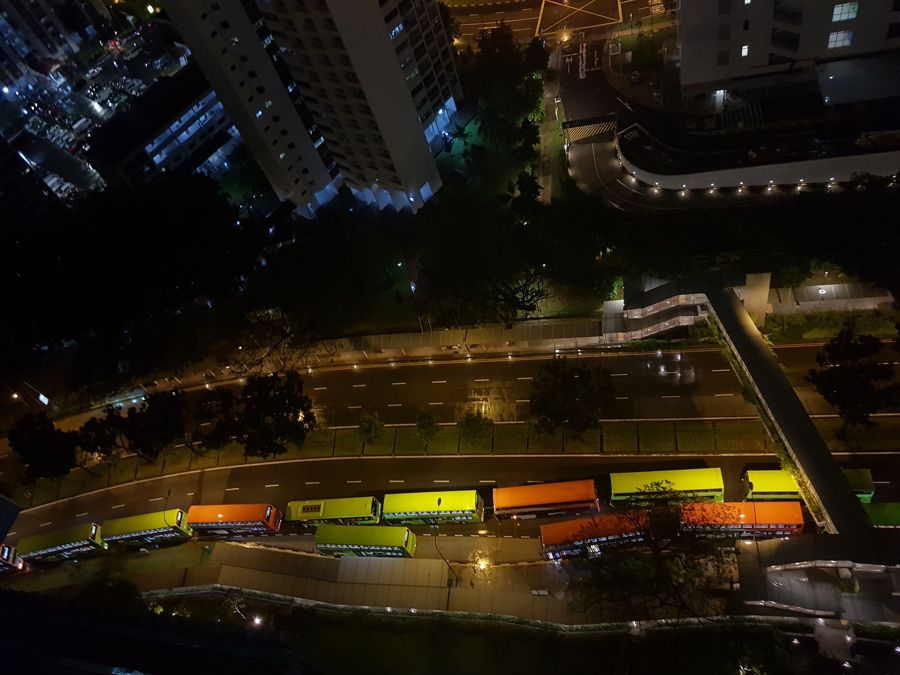 Too early to celebrate?

Whether your public transport experience last weekend was mostly positive or negative, we can’t deny that it seems inevitable that some delays are to be expected.

This is because traffic and weather conditions affect shuttle buses plying the roads, much more than train rides.

Just a heads up, there are more station closures and early service terminations scheduled throughout December.

You may refer to the handy guide that we’ve compiled so you can mentally prepare yourself.

We sincerely hope that SMRT will be up to task to deal with the second round of full closures scheduled.

At the very least, commuters now have an idea of what to expect next Sunday.