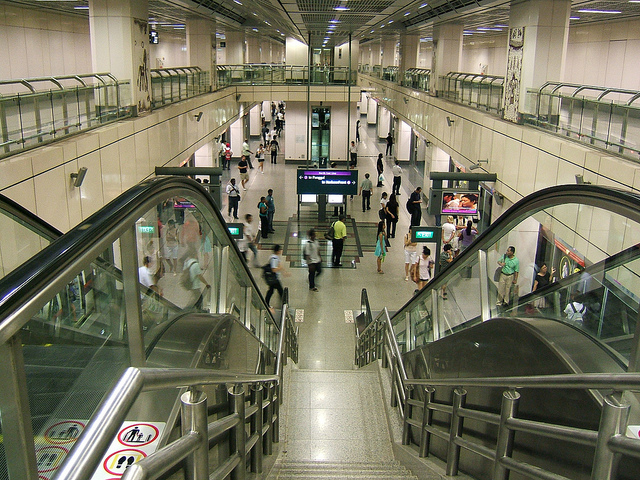 Commuters can rejoice now that they will be able to have free WiFi at 33 MRT stations, according to a press release by Land Transport Authority (LTA).

They are the final five of the 33 pilot stations that have free WiFi, as part of a trial that started in August 2014. LTA says that since then, there have been about 700,000 logins each day.

In case you haven’t tapped on the free WiFi at the existing stations yet, all you need is a [email protected] account, an obsessive need to check your emails or news on your commute, and you are good to go!

Enabling the first 33 stations with the free WiFi service is part of our programme to provide wireless coverage on our public transport network. This enhances the commuting experience by providing an ‘always connected’ journey for commuters who need to check their emails or read the news during their commutes.

What that essentially means is that we do not have to bite into our stingy monthly 3GB internet data caps anymore, at least while at the MRT stations.

It also spells some sort of respite for commuters who will be stuck in train delays, or at least those close enough to the MRT stations.

They can freely complain about the MRT breakdowns using free WiFi.

Free internet connectivity at MRT stations would also be useful for tourists or Singaporeans who are just as lost while commuting.

So free WiFi is always a good thing. Right?

In an effort be more productive, save time or kill time, having free WiFi connectivity on the public transport network sounds almost a godsend. But more Internet time for all is not always a good thing. The more the people who use the free service, the more clogged up the service becomes.

Also it is no secret that we spend too much time on our phones even without free WiFi at MRT stations. When the world is at your fingertips, the temptation to never let it go is understandably too much.

We live in an amazing time to be alive when anyone can watch un-un-believable on loop.

Technological advancements like GPS location, social media connections, real time updates on fire outbreaks or your crushes whereabouts are available on demand. Sadly, it also points to our tech over-reliance.

So instead of having free WiFi zones, how about have some WiFi-free zones too?

Featured image via Flickr
With reference to LTA, Yahoo