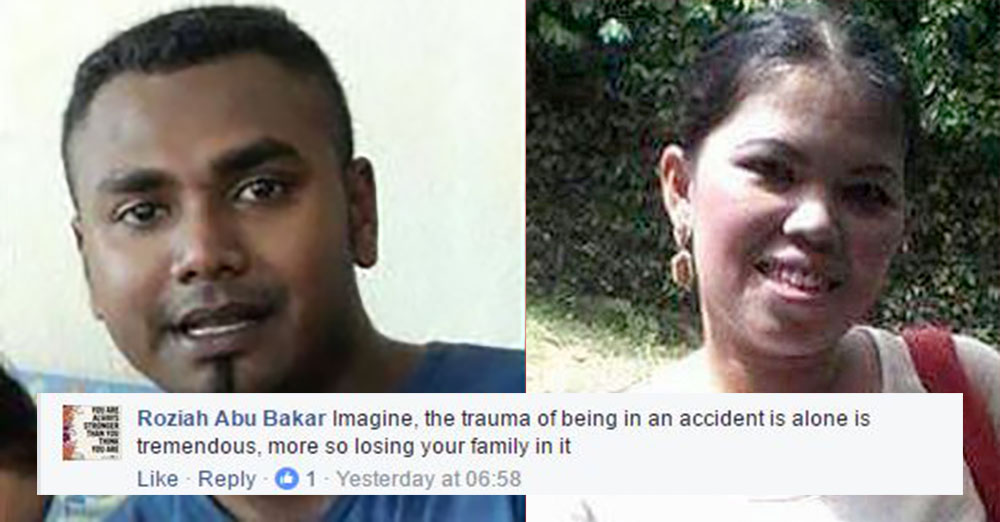 Ms Marsi Kemart joined her husband, an express bus driver, in his bus heading towards Kuala Lumpur on Christmas Eve. She brought their baby daughter with her.

The crash that subsequently occurred near Muar took the life of her husband, Zakeer Zubir, and also their baby, who was just one year old.

14 people in total died in the accident, including 3 Singaporeans and one permanent resident.

Here’s a video of the aftermath:

Ms Marsi (above), an Indonesian, may have survived the crash, but she is now understandably emotionally unstable and receiving counselling, said Malaysia’s The Star Online.

She has yet to speak to the media, but is understood to have broken her leg.

Bus company Goldstar did not know that the mother and daughter went along on the trip, reported The Star. What’s more, they were sitting in the seat that was for the absent co-driver.

It was also reported that the driver had only 3 hours of rest after his previous journey before embarking on the ill-fated journey.

Most responses by netizens were sympathetic towards the driver’s wife, with most saying that the crash was not her fault and she should be left in peace.

Many laid the blame on the bus company instead.

The baby girl, Nur Natasya Zahara, and her father were buried together on Christmas Day, The New Straits Times reported.

We extend our condolences to Ms Marsi and to the families of all those who perished in the accident.