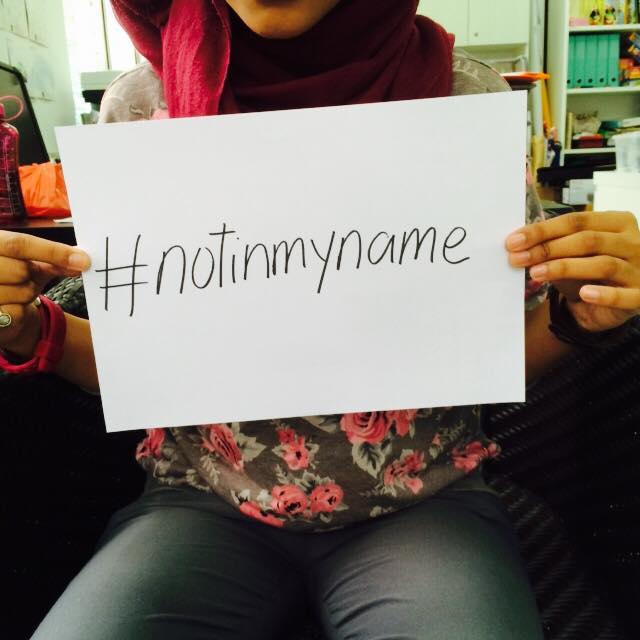 Young Muslims Are Using Twitter And Other Sites To Speak Out

Muslim youths in Singapore and all over the world are launching their own battle against the terrorist group—Islamic State of Iraq and Syria (ISIS).

In retaliation, youths have spurred a trend on social media pages using the hashtag #NotInMyName to remind the world that ISIS does not represent their religion.

The campaign was launched early September but only gained popularity this week just as the US-led airstrikes against ISIS began in Syria.

Some Singaporean Muslims have joined in to criticize ISIS’ actions as un-Islamic. “Because of ISIS, many Muslims globally have become victims of Islamophobia and other forms of hate,” said A’qilah Saiere who is a Singaporean supporter of #NotInMyName.

The early childhood educator added: “ISIS is doing an injustice to the Muslims and non-Muslims. So, we are standing up in our own way to show that these are not the teachings of Islam.” 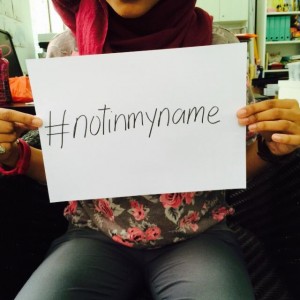 Many like A’qilah Saiere have taken to social media to speak out against ISIS.

#ISIS is hiding behind false Islam #NotInMyName: @BarackObama at #UNGA

“Islam teaches and preaches peace, respect and love… I don’t believe in ISIS… ISIS does not represent me and my religion” #NotInMyName

The hashtag tackles one the biggest problems caused by the increasing notoriety of the Islamic State—its perverted interpretation of an entire religion. Despite claiming that ISIS is defending its faith and people, it is not and this is an opportunity to see the difference between the Islamic State of Iraq and Syria and Islam as a religion.

Yet how far can a social media campaign take us? Muslims banding together on online might may not translate into much on ground in Iraq and Syria where the atrocities take place. But the beauty of online activism is that even if it does not directly change things immediately, it spreads awareness and it rallies people. And all of that liking, following, signing, clicking will eventually unite, mobilise and empower enough people for a social change.