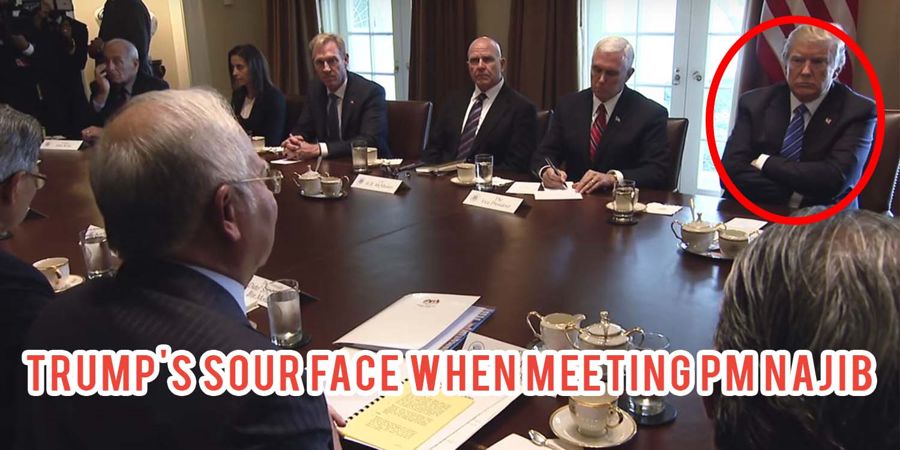 President Trump Gives PM Najib The Sour Face, While PM Lee Is Received With Jokes And Laughter During Their Respective US Visits

Cordial ties with the US are often of utmost importance to political leaders, given its status as a superpower. With President Trump settling down in as his nation’s newest President, some global leaders have begun visiting him at White House. This includes the leaders of both Malaysia and Singapore.

The Prime Ministers of Malaysia and Singapore have separately visited President Trump at the White House in recent months, with the hopes of strengthening bilateral ties between the US and their respective nations. While both leaders were cordially received, it seems that President Trump favours one leader more than the other.

Although the CNN reports that PM Najib and President Trump has been friends for quite a while, it seems that The Donald prefers a bromance with Singapore’s Prime Minister, and here’s how we know.

President Trump met PM Najib on 12 Sept for a working luncheon at the White House. Despite reports that the duo shared moments on the golf course before Trump became President, Trump was visibly icy towards the Malaysian leader.

After a brief introductory statement, President Trump invited PM Najib to say a few words. Hoping to impress the former, PM Najib boasted that he wanted to help President Trump to strengthen the US economy with three propositions. One of these propositions included the “strong probability” that Malaysia Airlines would be adding an extra order of 25 more 737 MAX 10 Boeing aircraft, on top their existing order.

You would think that the inflow of funds would please the US President but, Trump was visibly impatient and unimpressed. Just take a look at his face and guarded pose. 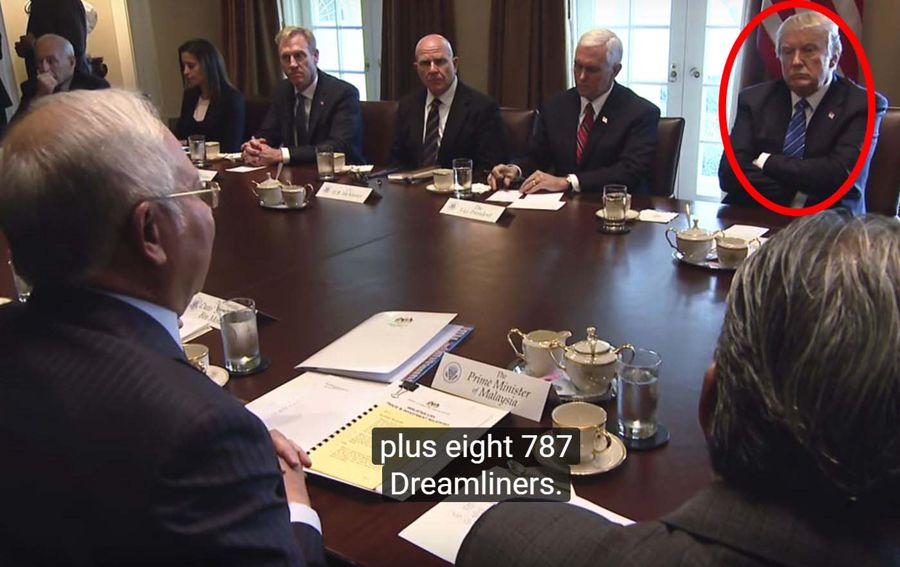 If President Trump’s body language wasn’t enough to send a message, his short and curt replies should have. As PM Najib ended each of his propositions, the Donald could only give one word replies such as “great” and “right”. So much for friendship. Colder than your parents-in-law
Source

Now, take a look at how President Trump received our PM in a similar working luncheon on 23 Oct.

Similar to PM Najib, PM Lee also discussed the purchase of Boeing planes from the US. However, unlike the Malaysian leader, PM Lee was more humble in discussing the deal that was already set in stone, and worth nearly $US4 billion more.

Despite being one of the top airlines in the world, PM Lee described SIA as being “not bad”. This drew a light-hearted jibe from President Trump who attributed SIA’s success to their purchase of Boeing planes.

This drew a rare outburst of laughter from the ex-real estate mogul. The start of a beautiful bromance.
Source

Now you might argue that perhaps President Trump woke up on the wrong side of the bed when he met PM Najib. However, we highly doubt that is the case.

It seems that the Malaysian minister missed out on a few other White House experiences as well, such as speaking in the Rose Garden. 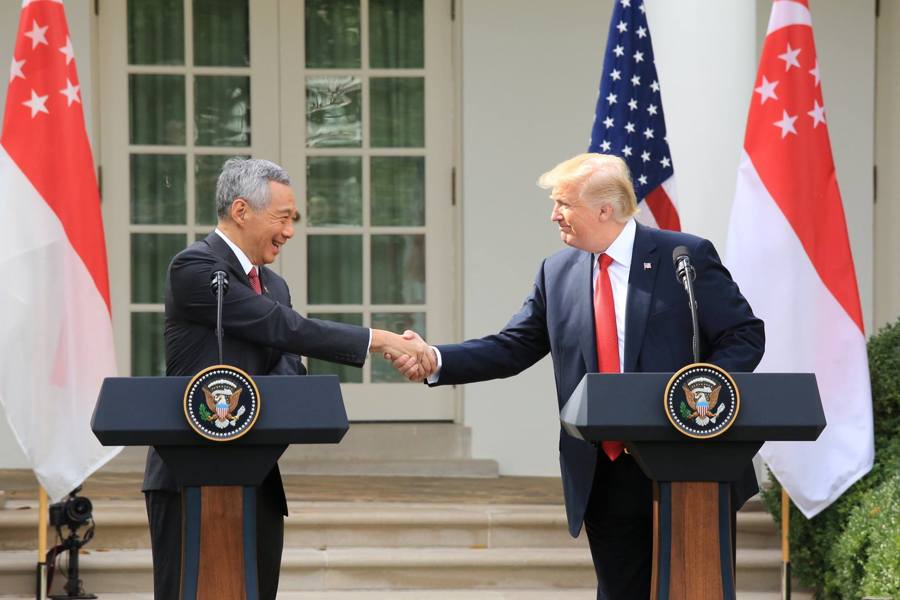 And look at the solitary coverage of PM Najib’s visit. 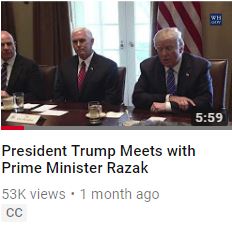 We have a clear favourite, no?

While we cannot confirm why President Trump is giving PM Najib the cold shoulder, we think that allegations of corruption against the Malaysian leader might be a possible reason.

The Washington Post questioned the true reasons for the Malaysian leader’s visit in Sept, since it came within a month after the US Justice Department announced that it was investigating allegations of corruption of 1 MDB funds.

Until an answer is found, it seems that President Trump is willing to put his friendship with PM Najib on hold. In his stead, PM Lee seems to be the Donald’s new best friend.

Featured image from The White House.