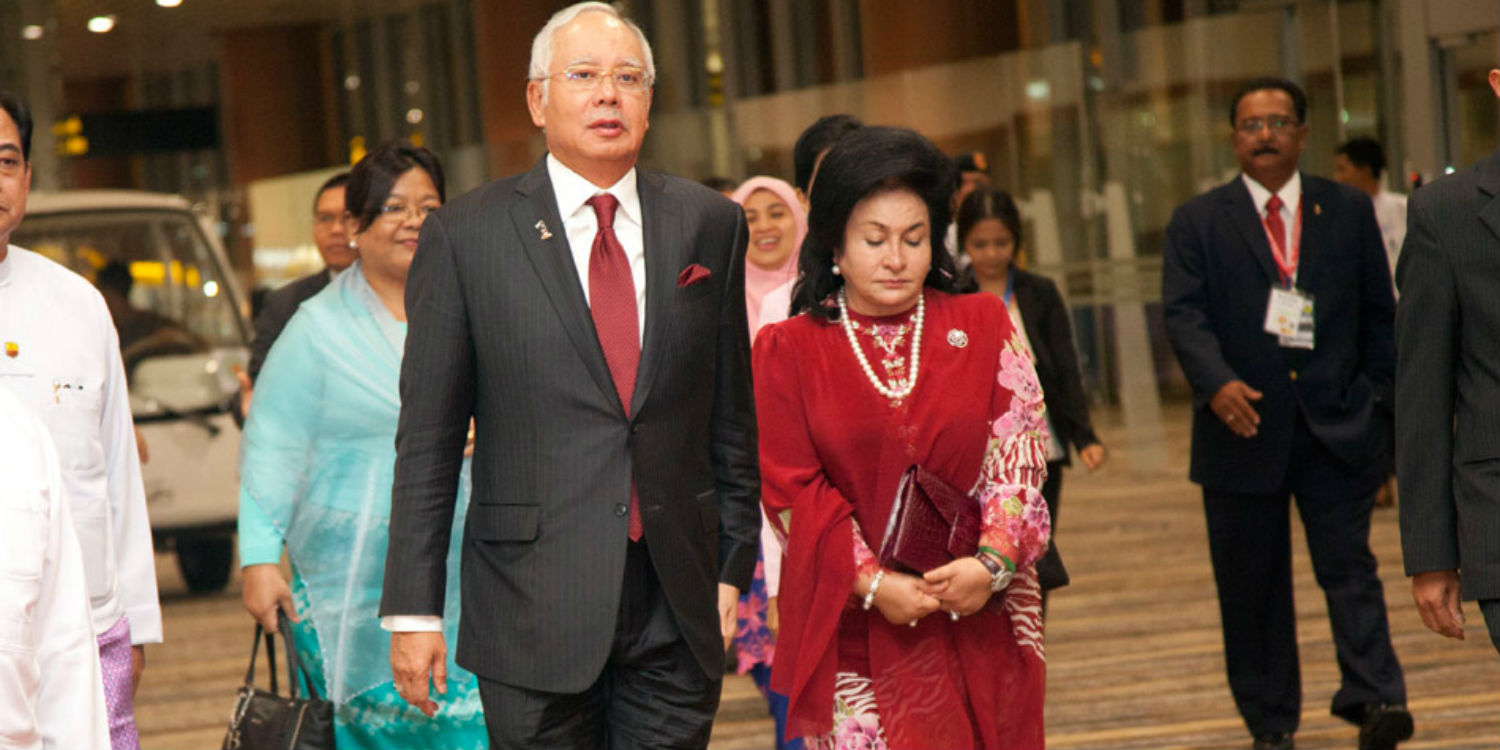 Najib And Wife Rosmah Can No Longer Leave Malaysia

On Saturday (12 May), former PM Najib Razak made arrangements to travel to Jakarta with his wife.

News of Mr Najib’s departure broke early on Saturday morning, when the passenger list of a private plane leaked to the media.

The Straits Times reported that members of the public and press then gathered at Subang Airport near Kuala Lumpur.

Maybe they wanted a glimpse of the fallen leader or his wife’s jewels.

Perhaps realising that the cat was out of the bag, Mr Najib took to Facebook to share his plans.

In his post, Mr Najib said that it had been the honour of his life to serve Malaysia.

He described his coming ‘holiday’ this way,

I will take a short break to spend time with my family whom I have not seen enough of in recent years.

I apologise for any shortcomings and mistakes, and I thank you, the people, for the opportunity to lead our great nation.

Late on Saturday morning, the Malaysian immigration department confirmed rumours that the Mr Najib and his wife had been blacklisted from travelling overseas.

This confirmed an earlier Malaysiakini report.

However, it goes against what the director-general of Malaysia’s immigration department had told media.

“Not blacklisted for now,” he had told Malaysiakini in a text message.

I have been informed that the Malaysian Immigration Department does not allow me and family abroad. I respect those instructions and will be with family in the country.

No break for Mdm Rosmah

The matriarch of the Razak family is facing a scandal of her own.

She was the centre of a long and shocking post penned by her daughter on Friday.

That post alleged that Mdm Rosmah was abusive towards her daughter and husband.

It has received significant media attention, being shared more than 60,000 times.

Amid these scandals, Dr Mahathir is set to announce details of his new cabinet on Saturday.

Who knew Malaysian politics could be this exciting?