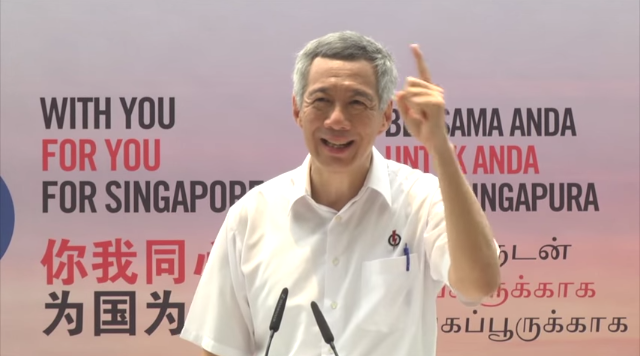 And the next Prime Minister is…

During the election hustings, Prime Minister Lee Hsien Loong asked Singaporeans for a mandate to move decisively with forming the next generation of leaders with the new Cabinet.

And upon winning said mandate, he said at the post-election press conference that leadership renewal is urgent and the pace of succession will be quickened. 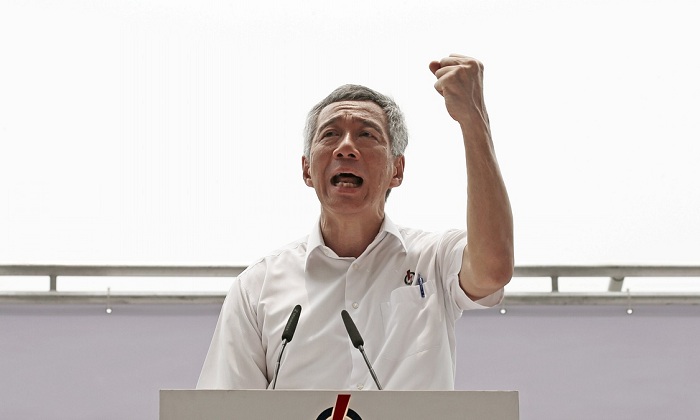 PM Lee clearly sees renewal of leadership as an imperative.

Immediately after the 2011 polls, Chan Chun Sing and Heng Swee Keat were made acting ministers, while Lawrence Wong and Tan Chuan-Jin were made junior ministers.

Appointing capable leaders to suitable ministerial positions is difficult, but there’s a much bigger problem he faces: appointing a worthy successor to the title of Prime Minister.

He’s mentioned before that he would like to reverse the aging trend of PM. After all, he became PM at 52, while Goh Chok Tong became PM at 49 and Lee Kuan Yew PM at 35.

At this point, however, a clear leader has not yet emerged. There are names thrown about, but none of them have actually been outright tipped to be THE next Prime Minister of Singapore.

So we’ve decided to take a look at the possible successors and see if they’re suitable to step up to fill the biggest shoes in Singapore. 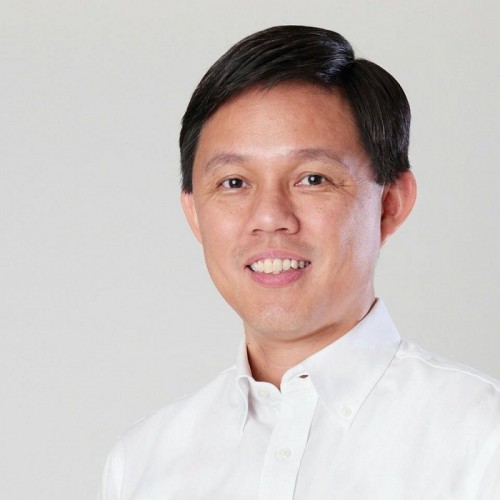 Chan Chun Sing, whose name is most often name-dropped when referring to the fourth-generation leadership core, shot straight into politics from the army. Since being elected in 2011, he was immediately appointed Acting Minister for Community Development, Youth and Sports, and Minister of State at the Ministry of Information, Communications and the Arts.

At that point, he was one of the youngest Ministers to be appointed to the Cabinet at 42.

In GE2015, he was tasked to lead a PAP team in Tanjong Pagar to victory, and he did so convincingly, with 77.8% of the vote. His age is a factor that could work for him too — in 2020, he will be 50 and thus younger than PM Lee was when he took office.

He’s got all the factors working for him.

Mr Chan Chun Sing is our pick to be Singapore’s next head honcho. Who knows, we may soon see hand-raising becoming a part of every year’s National Day Rally speech. 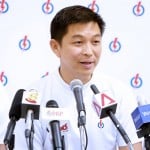 Although he has been ‘hammered’ by a horde of opposition leaders for his comments on cardboard collectors, Tan Chuan-Jin remains one of the forerunners for Prime Minister. He’s young, and contested in GE2015 with ESM Goh Chok Tong in Marine Parade GRC.

In his role as Minister for Social and Family Development, he’s looked into measures to bring single mothers benefits up to par with married couples, and has worked tirelessly on the ground in Marine Parade. Mr Miyagi’s first-hand account of Tan Chuan-Jin describes him as a “genuine fella, not prone to contriving a folksy demeanour”.

The future PM needs to be seen as someone who can connect with Singaporeans on their level; who Singaporeans view as one of their own. For those reasons, we think Tan Chuan-Jin has a pretty good shot at the big leagues. He’s young too – he’ll be just 51 in 2020.

Chance: Probably not, since he has been appointed Speaker of Parliament. 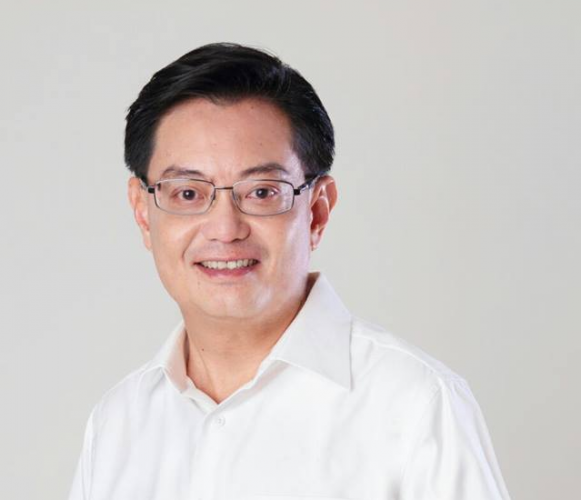 The former Managing Director of the Monetary Authority of Singapore, Heng Swee Keat entered politics in 2011, contesting in Tampines GRC. Back then, he was tipped by then Senior Minister Goh Chok Tong to be a future Minister.

‘A high flyer and sound central banker, he has the potential to be a Minister and core member of fourth generation team’.

In his first term in Parliament, he was appointed to the post of Minister for Education. In the four years since, Minister Heng has remained a relatively low public profile while staying clear of making any major political blunders.

This is a man with an outside chance of becoming PM. However, he would need to make himself better known to Singaporeans, and he’s not getting any younger either. 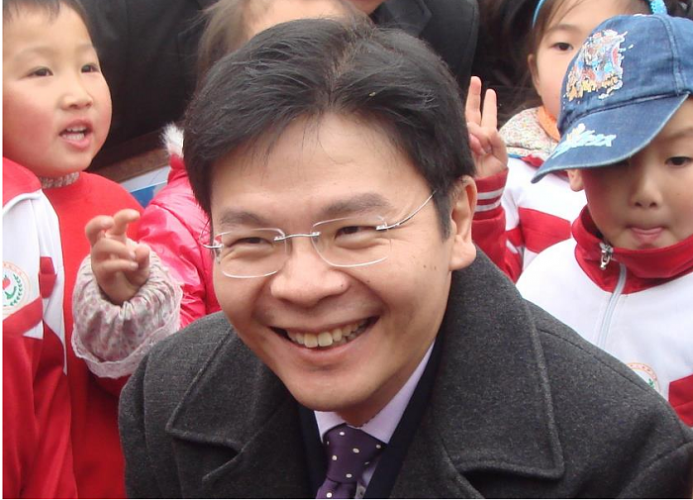 Lawrence Wong is the youngest Minister in the most recent Cabinet. He was elected into Parliament in the 2011 General Election, running in West Coast GRC. Since then, he’s been appointed Minister of Culture, Community and Youth, made the Botanic Gardens a World Heritage site, chaired the committee for the 2015 SEA Games, and chaired the SG50 Programme Office.

He was also chosen to represent PAP at a televised party debate in the lead-up to GE2015, where he asked SDP’s Dr Chee Soon Juan some pretty tough questions.

Quite a lot for one man to do — maybe he’s being groomed for even bigger tasks soon.

Even if we don’t get news on whether he’s the chosen one, expect to see him take on even greater responsibilities in the upcoming Cabinet reshuffle. 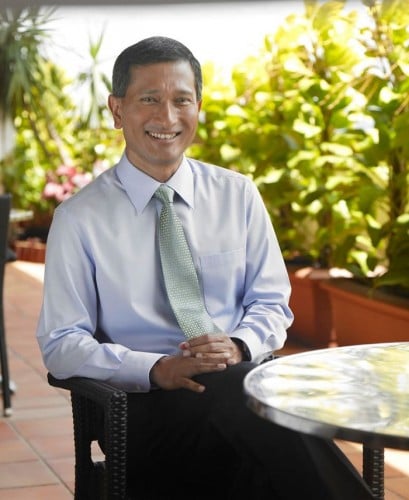 Although initially thought to be groomed to take over as PM, he has stumbled a few times in his political career. Some boo-boos include the 2010 Youth Olympic Games exceeding its budget by over $200 million under his leadership and a few careless comments that have been reproduced countless times by gleeful opposition MPs and supporters.

These include retorting: “Do you want three meals a day in a hawker centre, food court, or restaurant?” to Dr Lily Neo who had asked him to increase public assistance schemes and “Only rich or corrupt people work for free”, a statement which seems unfair to charity and nonprofit workers.

We reckon he might have had a chance when first entering politics, but that ship has now sailed. 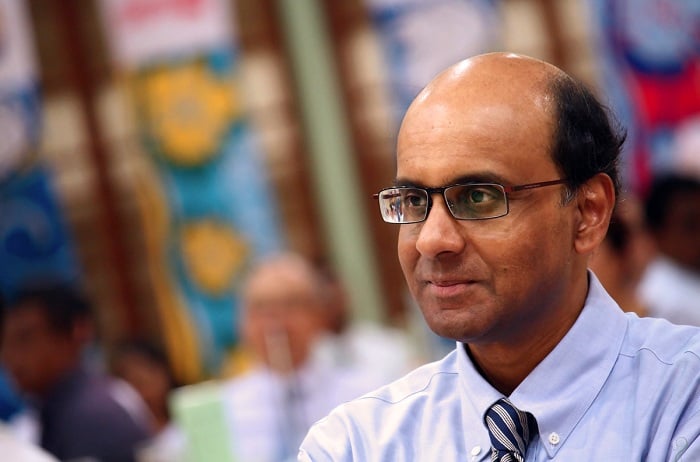 DPM Tharman has consistently impressed Singaporeans since stepping into office. He also emerged from the 2015 election with an almost 30-minute lecture on economics, and outdoing the PM’s Ang Mo Kio ward in terms of vote share won.

He’s a popular choice to be the next Prime Minister — according to social media users.

However, being Deputy Prime Minister and Finance Minister may be the peak of his career.

Assuming that PM Lee were to step down in 2020, Tharman would be 63 by then. It would be very unlikely to see him serving more than two terms, and PM Lee had already mentioned that he is looking for someone who would be younger than 52 when he takes over as PM. 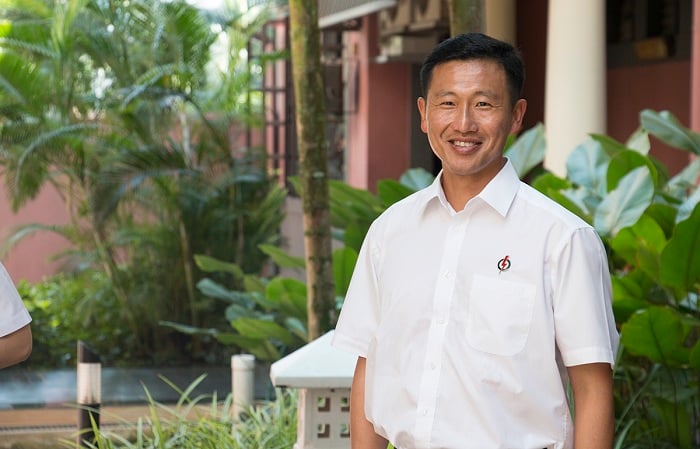 In GE2011, while Chan Chun Sing sailed straight into Parliament in the uncontested Tanjong Pagar, Ong Ye Kung had to deal with the fiercest fight in Singapore. A political newcomer, he was thrust straight into the heated battleground of Aljunied to stand alongside George Yeo, ultimately losing to the Workers’ Party  ‘A’ team.

Well, life is not always fair. For Ong Ye Kung, it was wrong place, wrong time.

Ong was the only member of that PAP Aljunied team to remain in politics. He returned in 2015 and was fielded in the safer Sembawang GRC, and enjoyed a comfortable victory over the NSP.

He’s taught a PAP a valuable lesson, though. In 2015, no new ministerial-calibre candidates were fielded in WP-contested constituencies. Other potential fourth-gen leaders like Amrin Amin, Chee Hong Tat, and Ng Chee Meng have all been slotted into ‘safe’ GRCs, none of which were contested by the WP. 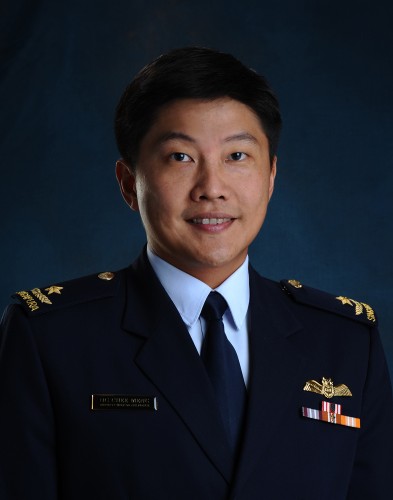 Ng Chee Meng was formerly the Chief of the RSAF and later Chief of Defence Force. His brothers, too, hold high positions: His older brother, Ng Chee Khern, was also former chief of the RSAF and is now the Permanent Secretary (Defence Development) in the Ministry of Defence. His younger brother, Ng Chee Peng, was former Chief of Navy and is now the Chief Executive Officer of the CPF Board.

PM Lee himself said at a UOB lunchtime rally that if voters agreed, he would add Ng Chee Meng, Chee Hong Tat, and Amrin Amin to the list of fourth-generation leaders.

We’ll reserve judgment until he performs in a ministerial role, but we think he’ll have his work cut out for him to just march into the top spot. 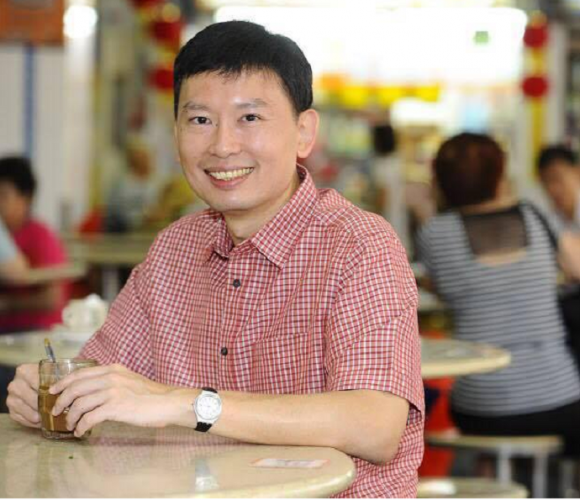 Another of PM Lee’s ‘fourth-generation leaders’, Chee Hong Tat is one who’s unfortunately enjoyed more negative publicity than positive. Most remember him for his Straits Times letter that said that it would be foolish to advocate the learning of dialects. The fact that he introduced himself in Hokkien during the PAP candidate introductions was not lost on political watchers.

Although he has a long list of working experience — he’s worked in the Education Ministry, Transport Ministry, Trade and Industry Ministry, Energy Market Authority, and Principal Private Secretary, he needs to address the dialect issue and state his stand clearly, or Singaporeans will continue to remember him just for his blunder back in 2009. 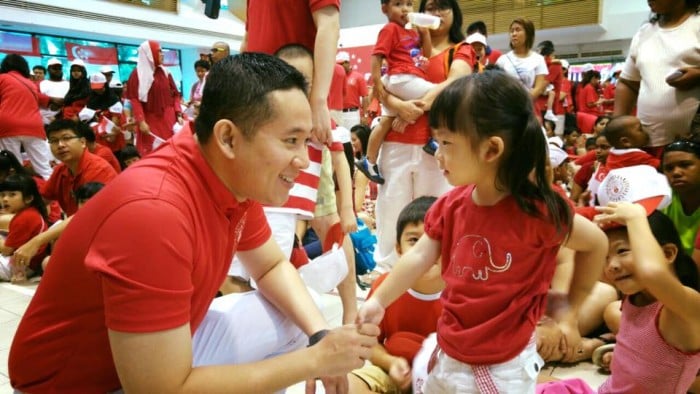 Mine is a story of an ordinary life blessed by extraordinary people in an exceptional country.

A corporate lawyer by trade, Amrin Amin has been active in grassroots work since 2004, and has worked on various education and social boards, including the National Council of Problem Gambling, Nanyang Polytechnic, and government feedback unit REACH.

As the youngest candidate on this list, we foresee a long political career for him in various ministerial positions. However, we’d need to see how he does in those positions before he could be considered as PM. Maybe in 2030?

Although PM Lee is only likely to step down in 2020, we think the next Cabinet will throw up several clues as to who will be the next Prime Minister.

Lee Hsien Loong himself served as Deputy Prime Minister for 14 years before being called up for the job, while Goh Chok Tong was DPM for 5 years, so the next PM might just be a new DPM in the next cabinet.

In fact, PM Lee may not yet have made up his mind, but is instead waiting to evaluate the potential candidates over the next five years to see how they perform in their new capacities. We’ll be watching as well.