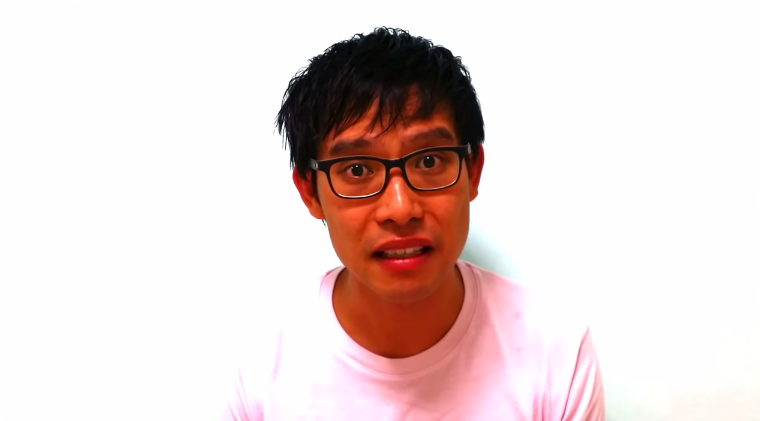 He Was Shocked; He Cried; He Ended With A Patriotic Speech On Freedom

The assessment for damages of defamation between Roy Ngerng and Prime Minister Lee Hsien Loong enters the final day.

Ngerng took the stand again to be cross-examined by PM Lee’s lawyer, Davinder Singh, after the session ended abruptly on the second day.

During yesterday’s cross-examination by Mr Singh, Ngerng displayed his penchant for tai chi when he skilfully deflected Mr Singh’s questions.

Today (3 July), there was to be no repeat in the court room, as Roy decided to lead the court on an emotional roller coaster.

MustShareNews guides you through Ngerng’s emotional ups and downs.

He Was In Shock

Upon taking the stand, Ngerng expressed his shock when he received the letters of demand by PM Lee’s lawyer.

He repeated the phrase multiple times, as if trying to tell us just how shocked he was when the letters arrived on 19, 26, and 27 May.

Ngerng also established that it was due to his state of shock that resulted in him making mistakes in replying to them.

I was in a new state of shock

Ngerng later clarified that he had made mistakes in his affidavit — a written sworn statement of fact under an oath.

The blogger had initially claimed that he had sent only 58 emails regarding the “takedown of his blogpost” to journalists, but it is revealed that he had actually sent the emails to 82 journalists instead of the claimed 58.

Ngerng defended himself by stating that the mistake was made because he acted in a over zealous manner.

Mr Singh later wanted to clarify if the mistake was a result of Ngerng acting in an overzealous manner.

Did you act in an overzealous manner?

He Was Shocked And Tired

Ngerng again brought up the an old point that he was in a state of shock because he did not expect to be sued by PM Lee.

When Mr Singh attempted to further question Ngerng, Ngerng said that he did not understand the question, because he did not have enough sleep.

Singh: “Are you in a state of shock?”

Roy: “…I haven’t had enough sleep”

It was then that Mr Singh had enough and snapped, rubbishing Ngerng’s continuous claims of being in a state of shock.

Far from being shocked and scared, every step of the way, you were calculating and lying!

Mr Singh wasted no time in following up his attack, he pointed out that Ngerng had been untruthful about views of the controversial blog post.

The Drew & Napier Chief Executive Officer (CEO) asserted that Ngerng had initially refused to provide information about the views of The Heart Truths homepage.

…you chose not to share [the information] with the court

Ngerng retorted that he did not know he could provide statistic views from the homepage.

Mr Singh followed up his argument that at the time of the incident, the blog homepage – where controversial blog posts could be read in full – had ten times the page views compared to the blog post.

The blogger counter argued that the popularity of the blog post in question should be measured by the page views, and not the homepage, which contains other articles.

He Cried And Gave A Patriotic Speech

It was at that point in time that Ngerng broke down in tears.

With a stack of tissues in his hands, Ngerng delivered a passionate and patriotic speech, explaining his motivations to speak up on the behalf of all Singaporeans.

We all know I’m being persecuted because I’ve spoken up on the CPF. And the PM said (on Wednesday) that he has been waiting to sue me … I do not hate the PM and I sincerely apologise to him but we need to speak up for the people.

After his sobbing, Ngnerng requested for a break.

The hearing was resumed at 2:30pm and adjourned at 3pm.

Roy Ngerng’s emotional roller coaster on the last day could all be just an act.

After all, according to IMDB, Ngerng acted in two films before being sued by the Prime Minister.

The hearing for assessment of damages that Roy Ngerng have to pay to PM Lee has concluded after three days.

Written submissions and supporting documentation for both sides will be due on 31 August.

The judgement for the damages will be released later this year.

Featured Image via Roy Ngerng
With references from The Straits Times, The Middle Ground, Channel NewsAsia