Must Share News – Independent News For Singaporeans
Home People Nicole Seah Is Back In Singapore And Still Loves Cats — And...

It’s been years since Nicole Seah’s departure from the National Solidarity Party and the political scene in general, since she was the youngest politician to run in the 2011 General Election.

But her fans shall not be left behind — we’re determined to find out what she’s been up to as of late, almost two years after we first ran a story on what she has been doing. Read our previous story about what Nicole Seah is up to.

After looking through her various social media platforms (which are still active, by the way), we’ve conjured up 10 things about the life of the political “rock star” today.

VML is a contemporary marketing agency that is prominent in more than 10 countries, one of them being Singapore.

In fact, Nicole Seah has been VML’s Senior Channels Strategist since December 2015. Since she has a degree in Communications and New Media from NUS, it’s apt that her job is along the same field, even though we may miss her in the political arena. 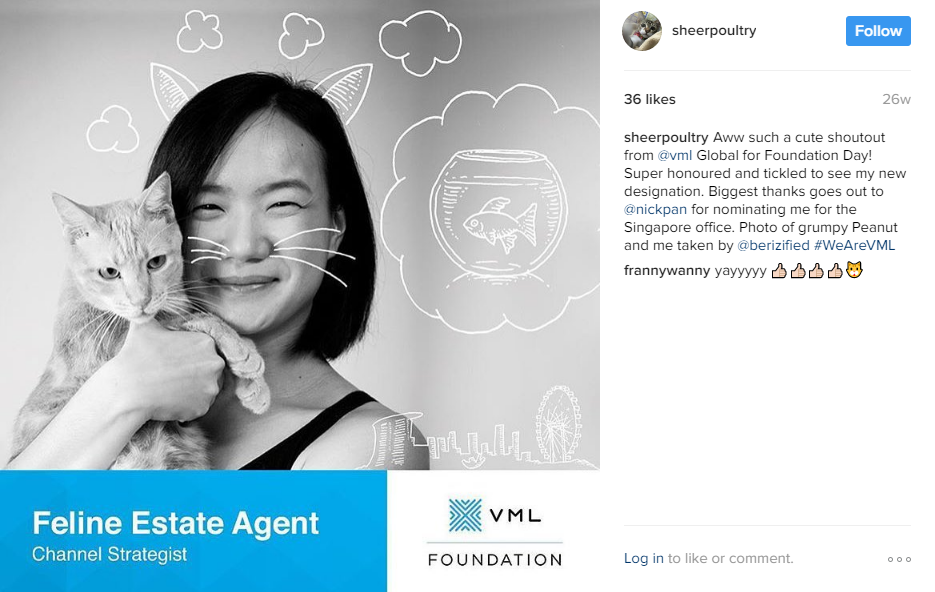 2. Her LinkedIn Profile Is Power

If you didn’t already know, LinkedIn actually gives awards to its most-viewed marketers in Singapore.

And surprise surprise (not), Nicole was named one of LinkedIn’s Power Profiles in 2016. That shows that Singaporeans still have a keen interest in her: 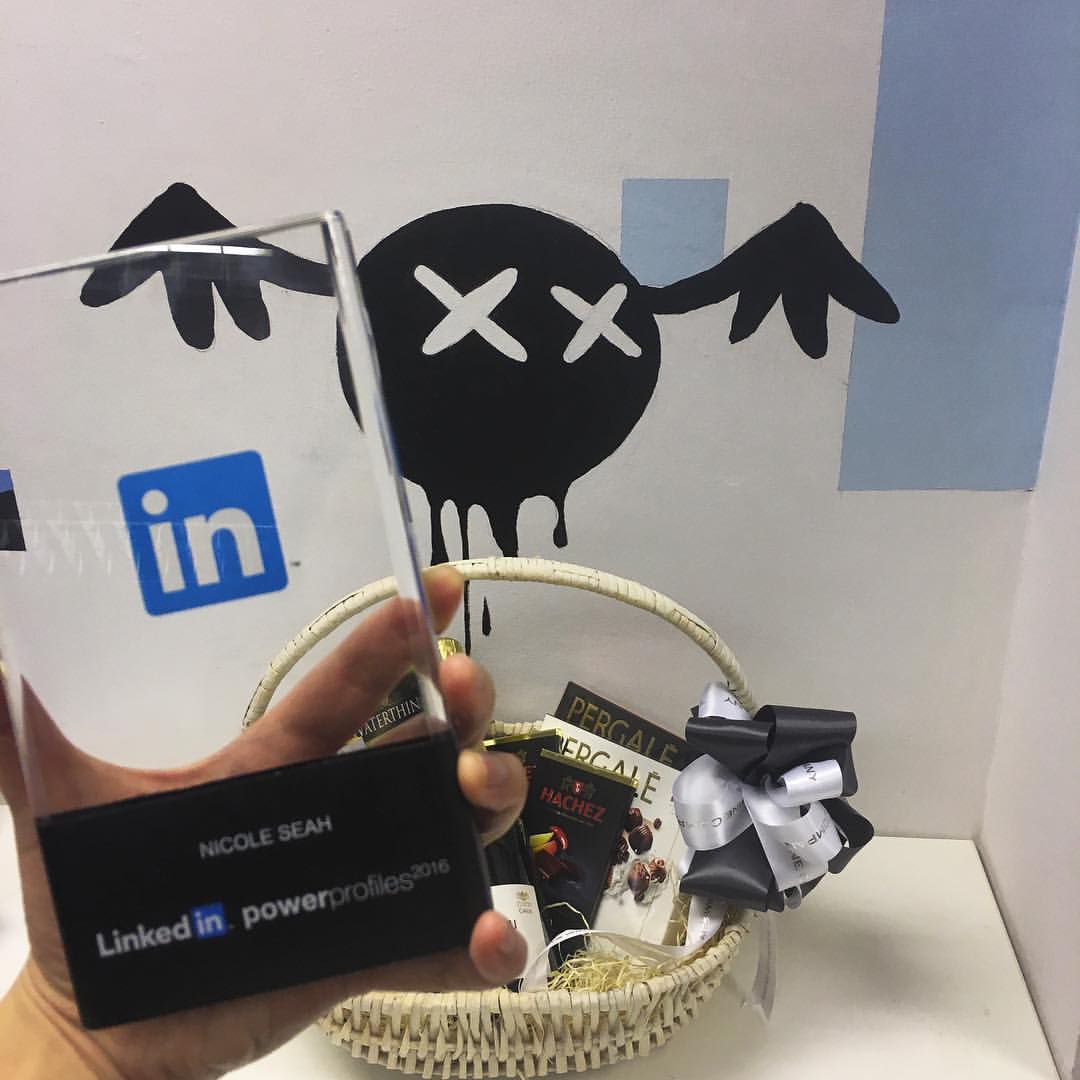 Just look at how happy she is to get the award! 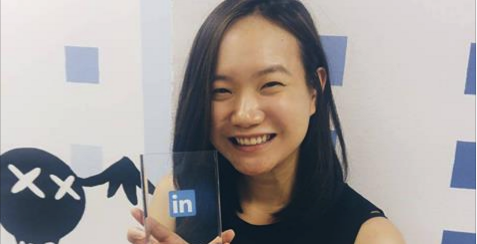 In August 2015, Nicole got married to a handsome guy named Bryan! 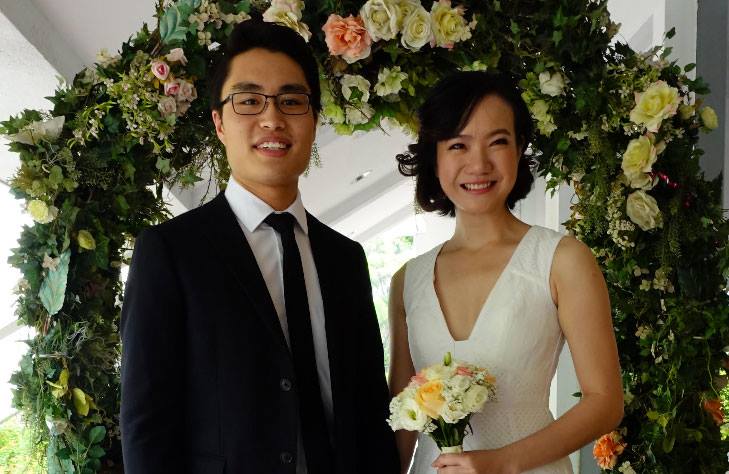 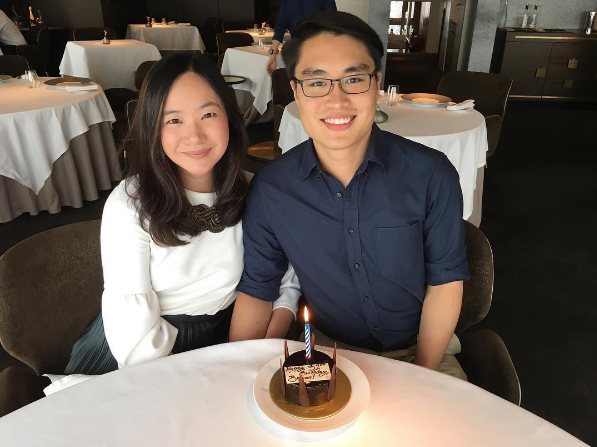 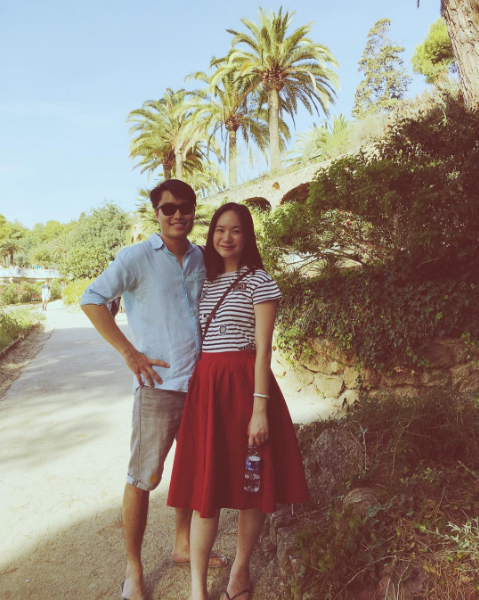 To all her fans out there, we can hear all your hearts breaking. She makes a beautiful bride, though: 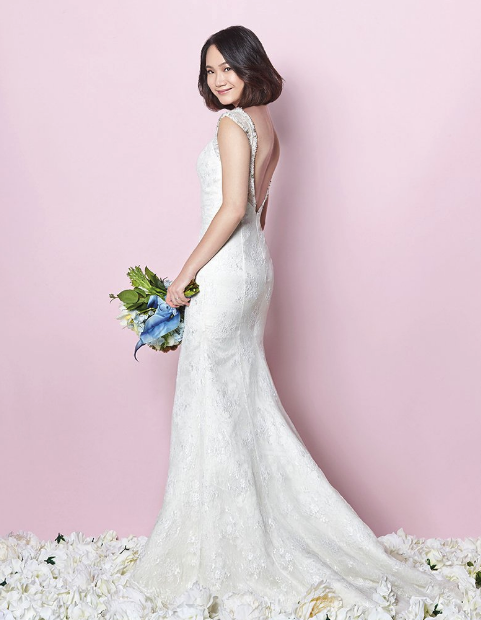 A quick scroll through her Instagram profile shows one very prominent characteristic about Nicole — she still loves cats. 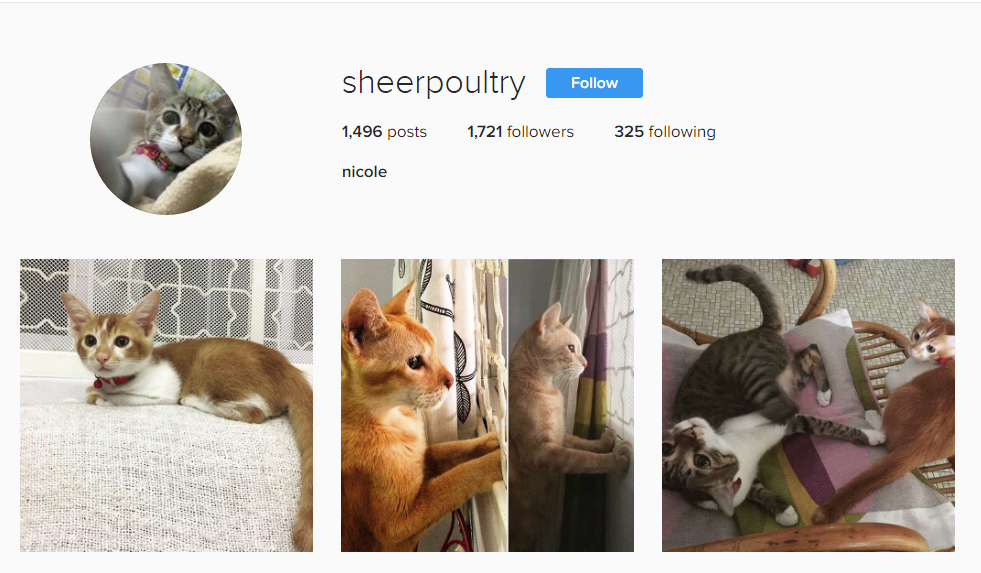 In fact, Seah and her husband help to foster rescued cats before they are put up for adoption:

5. She Loves Dogs Too

Do you like cats or dogs more? Evidently, for Nicole, this doesn’t matter, as she apparently loves dogs too.

Durian and bak kwa party tonight in honour of this old man. Stubby followed us home more than 8 years ago, freshly shaven and without a collar. Ray ended up keeping him and he is the most sweetest dog I’ve ever known, always happy to see people and never barked unnecessarily. Sadly, West Highland terriers don’t fare well in Singapore’s climate as they have very sensitive skin. He’s a very old man now and less sprightly. But he’s been very well taken care by his good papas. Good night sweetie, rest well and know you are loved by all of us.

We all have our favourite Peranakan kueh that is dear to us, but most of us can’t make them. They require a lot of time and patience but may be therapeutic to some, like Nicole.

Just recently, she’s been posting more and more of her kueh creations that look absolutely droolsome. 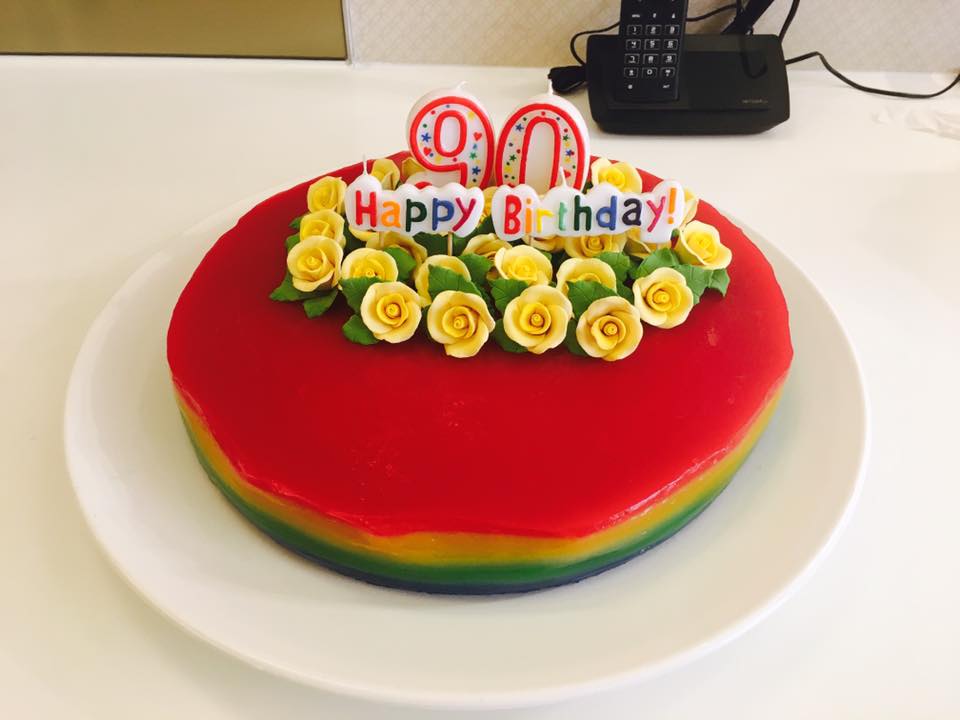 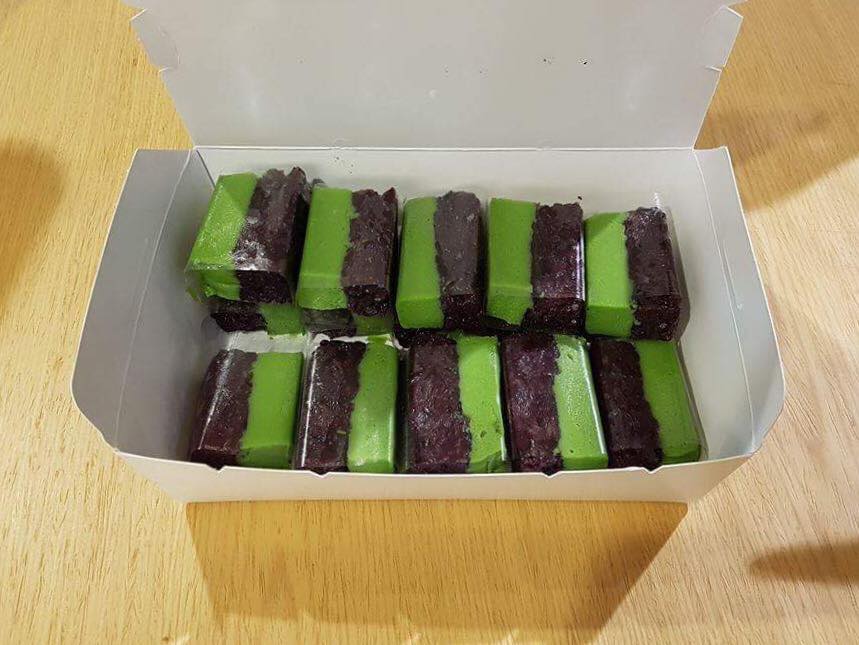 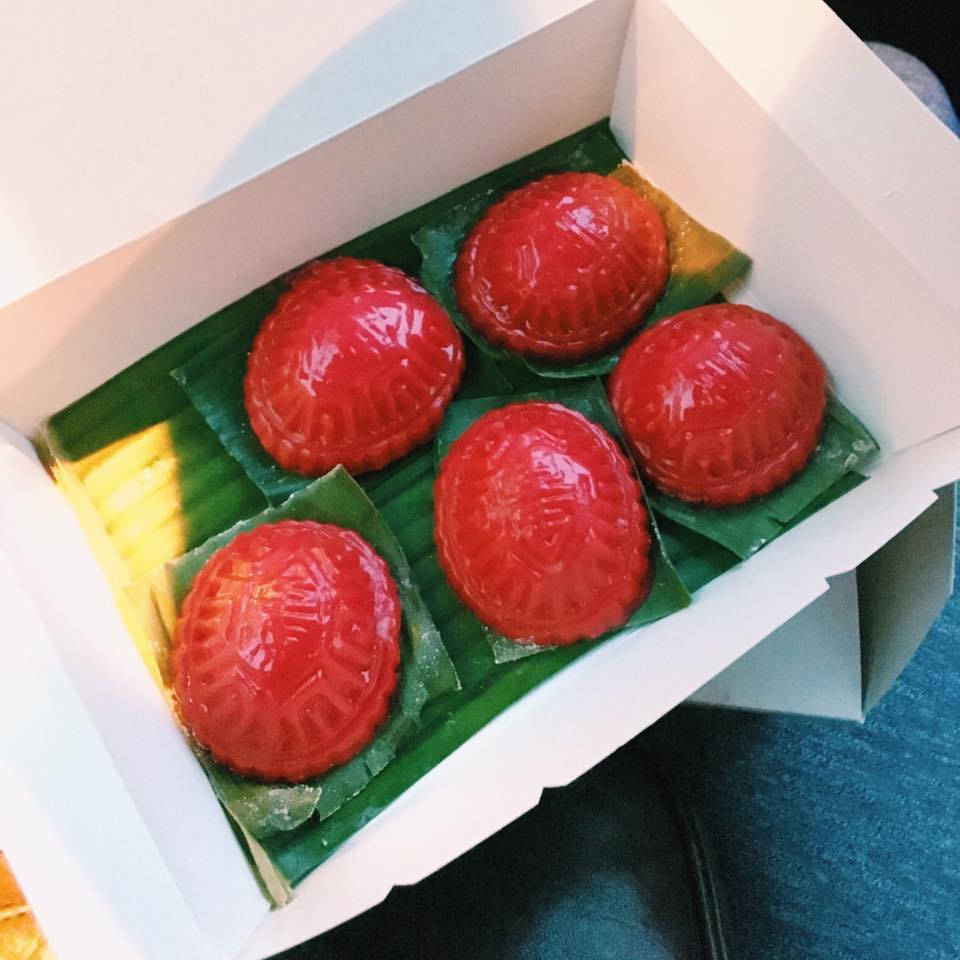 7. She Loves Her Ah Kong

Through her Facebook posts, it’s clear that Nicole and her Ah Kong had a really close relationship.

In fact, she’s been sharing some of his stories online, and they are extremely touching. We highly recommend that everyone reads them, too.

I really love this photo of Mama and Ah Kong. No one knows when this photo was taken. My guess is that he might have been 23, she might have been 18. They were first cousins and grew up together when he was orphaned at a young age and her family took him in. They only married when Mama was 29, which is really old for that era. I realised that they were probably right smack in the middle of world war 2 and it must have derailed their lives for a decade or so. They eventually picked up the pieces and went on to build a beautiful love story together. My favourite golden couple forever and always.

A 70 year-long love story, pure and everlasting. Ah Kong worked his entire life in PUB and gave all of his earnings to Mama, the matriarch of the household. She made all the decisions right down to how much allowance he got. Unlike other men who might have felt emasculated, Ah Kong was secure and let her lead the way. It was his way of placing all of his trust and everything he had with Mama. In his later years, he always yearned to go out to the beach or the mall, but Mama was not well and if she didn’t want to go, he was happy to give up his outings just to sit by her side in the living room. At Mama’s 90th birthday party a month plus ago, we playfully ambushed Ah Kong with a microphone and asked how much he loved Mama. He earnestly and stoically replied “A lot.”

We can’t believe it either, it’s almost 6 years since the 2011 General Elections, when Nicole was still very much in the spotlight.

We can’t forget that our favourite influencers grow up along with us, too.

In fact, Nicole Seah just hit the big 30 in October last year. Yet, she still looks so young.

Bittersweet birthday, but extremely grateful and blessed for all the love and friendship I am surrounded by, be it at home, at work, at community work, and even a special delivery (a handcrafted bouquet of chilli padis and exotic flowers lovingly made by @whimandprayer) from Bangkok. Thank you for making my big 3-0 truly special and meaningful. If this is a glimpse of what my 30s will be like, I cannot wait for this new chapter of my life to begin. Thank you all for being a part of me and these wonderful memories ❤️

9. She Embarked On An Acting Career

Nicole Seah’s acting debut in local movie 1965, made to commemorate SG50, was quite a plum role: She played the wife of lead actor Qi Yuwu, in a heartfelt performance.

Seriously, what can she not do?

Read our story about 10 things you didn’t know about the movie 1965.

For some reason, Nicole has been really into Grab recently. Just look at her Facebook profile and you’ll get what we mean.

She even shared a Grab promo on her profile:

We congratulate Nicole Seah for how far she’s come, especially since she really loves her current job! We wish her well on her marriage and hope to keep updated about her life.