Must Share News – Independent News For Singaporeans
Home News Tampines Block Notice Written By Resident Who Was So Irate, He Forgot... 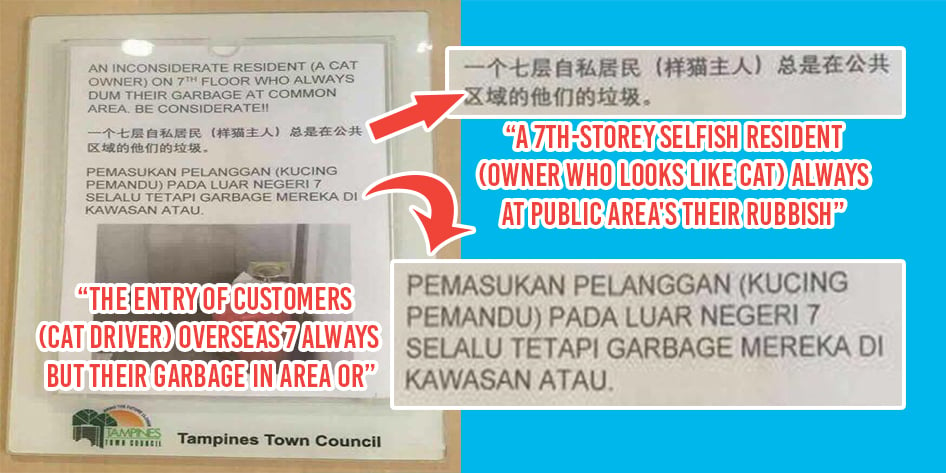 An Unauthorized Sign Was Put Up, And It’s Poorly Translated

Recently, a snapshot of this notice put up at a Tampines block’s notice holder has been making its rounds on the Internet.

It condemns a resident in 3 languages for dumping his garbage at the common area. Perhaps it’s so that residents of most races can share in the outrage? 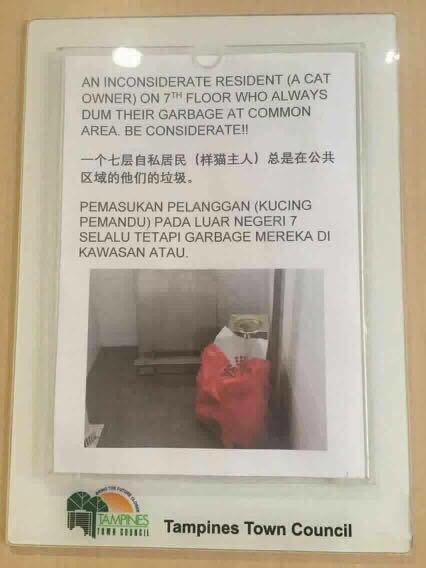 What people immediately noticed is that the notice is rife with grammatical errors in all 3 languages.

The English version of the message misspelt “dump” as “dum”, and its 1st sentence isn’t a complete sentence. But it was the still be best-written of the 3 versions.

How about the other 2 translations? We got some experts in Malay and Mandarin to take a look.

The Malay translation of the message reads:

The entry of customers (cat driver) overseas 7 always but their garbage in area or. 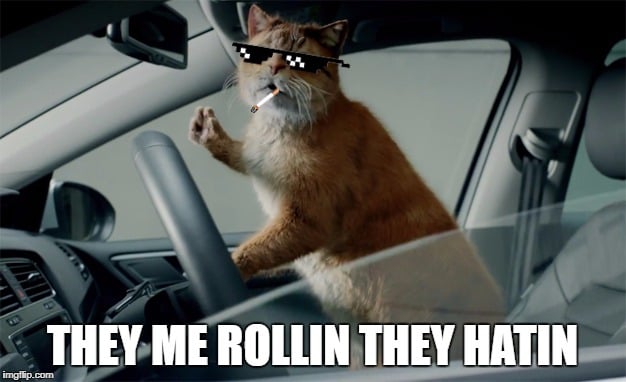 The Mandarin translation of the notice reads:

A 7th-storey selfish resident (owner who looks like cat) always at public area’s their rubbish. 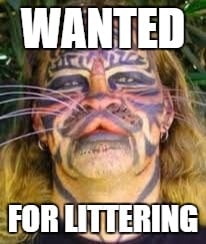 Strangely enough, there was no Tamil translation to appeal to the Indian community.

Why like that? Doesn’t the notice-writer know that Singapore is a multiracial country?

Or was he just not confident of his Tamil translation skills?

Judging from his Malay and Mandarin translation skills, we think that’s justified.

It remains to be seen why the person behind the notice seems to be preoccupied with the resident being a cat owner.

Is the garbage dumped in the common area cat-related? Does the complainant hate cats?

Or perhaps the complainant wanted to take revenge on the errant resident by getting the Housing Development Board to evict his cat under the existing no-cat rules.

Thankfully, this was not an official notice by the town council.

In a Facebook post, Member of Parliament for Tampines GRC Baey Yam Keng said that this was an unauthorised notice, despite it being placed in a notice holder that has the Tampines Town Council logo on it.

He warned residents that the notice holder was not for personal use.

Initially, the MustShareNews thought that the Tampines Town Council was trying to join its Marine Parade proxy in the pantheon of fails — in July, a notice put up officially by the Marine Parade Town Council went viral after the cleaning supervisor and cleaner was pictured to be the same person.

It led to netizens calling it “ownself supervise ownself”. 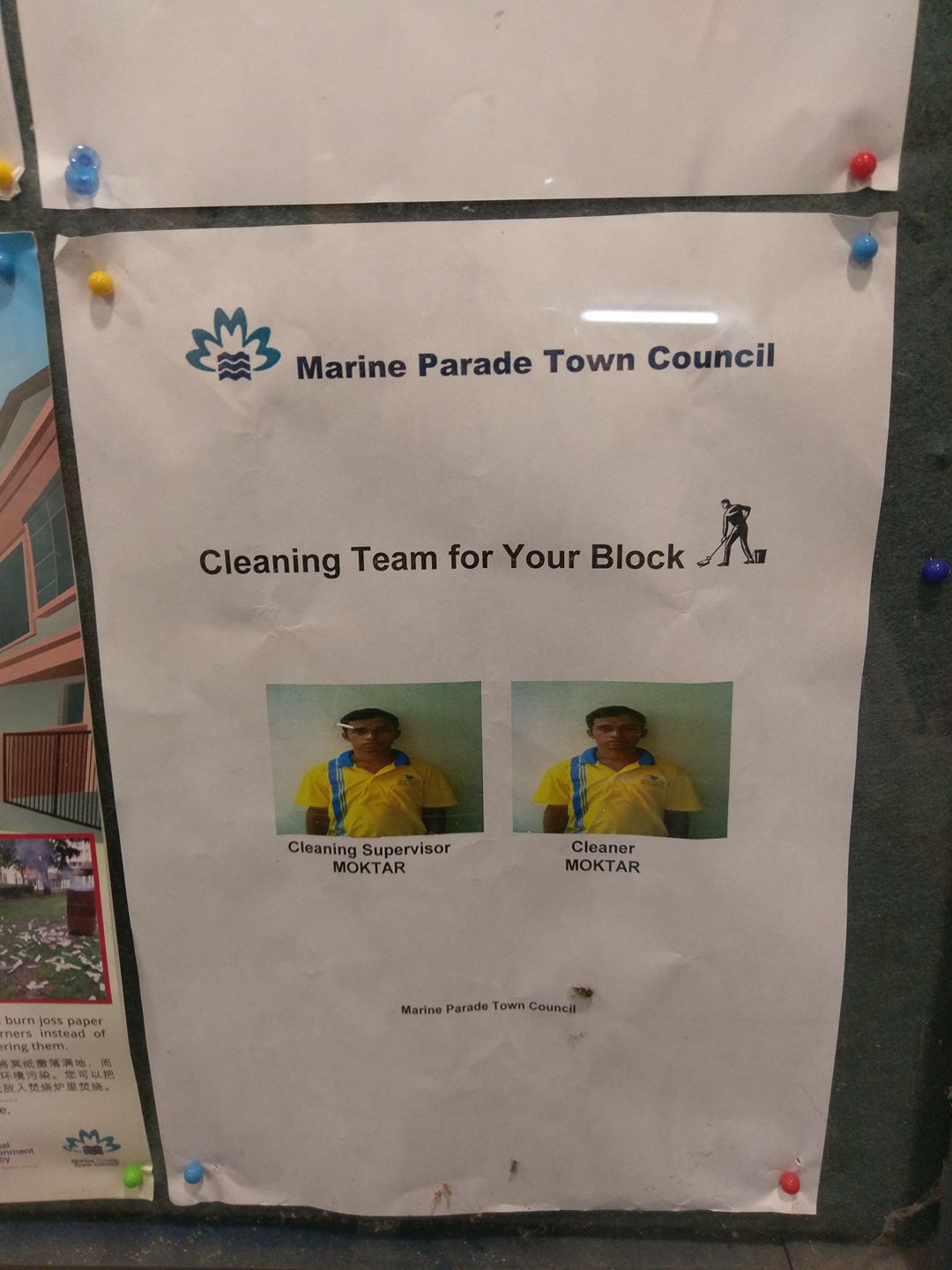 Let’s not emulate these notice-creators, okay?