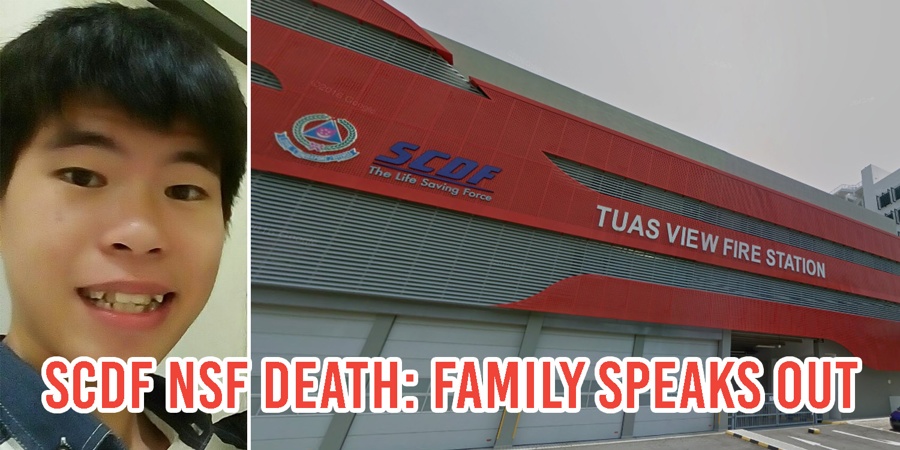 An outpouring of grief was tangible at the funeral of Corporal Kok Yuen Chin (CPL Kok) in Melaka, Malaysia on Tuesday (15 May) evening.

The SCDF NSF passed away after his ORD ‘celebrations’ went horribly wrong.

He had been found unconscious at the bottom of Tuas View Fire Station’s pump well.

In the aftermath of his passing, disturbing details have now emerged, shedding a little more light on the events leading up to the incident.

Brought snacks to stop colleagues from “throwing him into station well”

CPL Kok had moved to a rented apartment in Boon Lay with his girlfriend, and was planning to work as a security officer post-ORD.

His older sister mentioned at the wake that he feared entering the well, as he was not a swimmer. She had told him to raise his concerns to his superiors.

I thought that the officers would make sure that while they were all having fun, he would be safe. He was very worried.

According to her, CPL Kok even brought snacks along to share with his colleagues, in a bid to stop them from “throwing him into the station well”.

He was a filial son to the end

And why did Mr Kok, a Malaysian by birth, have to serve National Service (NS)?

Mr Kok’s father, who’s been working as a construction worker in Singapore for more than 20 years, applied for PR status after CPL Kok was born in Melaka.

This meant that Mr Kok had to serve NS.

Having already deferred it by a year – he completed ‘A’ levels at age 19 – Mr Kok was reportedly worried about the physical demands of NS.

However, he eventually took NS in his stride. And as he began to serve the nation, dutifully gave a part of his monthly NSF allowance to his mother.

At his wake, his auntie said,

He is a good boy, he would not have gone in if he was not made to.

She also questioned why he had injuries, and that they needed answers as to “what really happened” for closure.

Perhaps most chilling of all, his body was found with ‘visible injuries‘.

However, preliminary investigations have shown that they were sustained during the rescue process while he was in the well.

Findings from the pathologist indicate that the injuries were sustained in the well and during the rescue process.

According to CPL Kok’s auntie, however, her nephew’s body had cuts on his face, chin and cheeks.

CPL Kok’s father also claimed he had cuts on his face and forehead and two missing teeth.

Public urged not to speculate

SCDF has acknowledged the existence of “ragging activities”, and vowed to punish those who continue to carry them out.

Members of the public have been urged not to speculate about the tragedy, as police findings will be made public “in due course”.

How come in a fire station, where they are supposed to save lives, my son had to die?

In the interim, two SCDF regulars have been arrested, based on preliminary findings.

CPL Kok will be cremated

CPL Kok will be cremated on Thursday morning (17 May). We hope that investigations will indeed uncover the truth behind what happened that night.

Most importantly, we hope CPL Kok’s family will finally have some semblance of peace and closure.