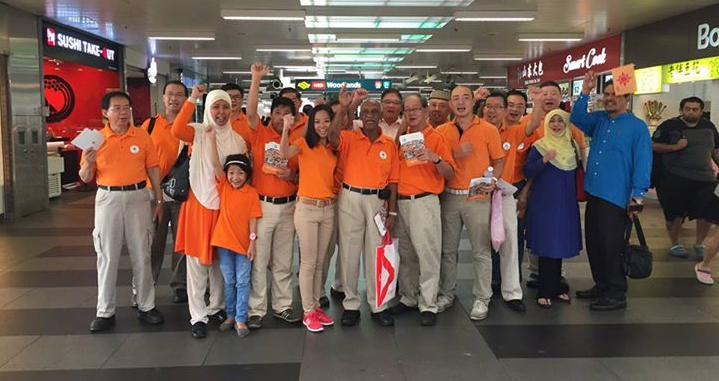 After a week’s absence, the National Solidarity Party (NSP) finally seems to be active on social media. The party has been hit with a string of issues in recent weeks. Secretary-General Hazel Poa resigned after the party decided to go back on their earlier decision to stay out of the MacPherson Single Member Constituency (SMC) battle. This therefore meant that they would be involved in a three-way fight for the SMC against the ruling People’s Action Party (PAP) and fellow opposition party, the Workers’ Party (WP).

A week later, a second Central Executive Committee (CEC) member, Mohamed Fazli Bin Talip announced that he too had submitted his resignation from the party.

Then, news of party’s President Sebastian Teo’s past case of corruption resurfaced. The party went silent which raised the eyebrows of many. Many feared that NSP would not be able to field candidates in the upcoming general election. Fellow opposition party, the Reform Party (RP) even released a statement declaring their interest in contesting Pioneer SMC in the event that NSP was unable to field a strong candidate.

They finally got the memo

NSP seems to have woken up, with the party doing their walkabouts in Sembawang earlier today (30 Aug).

The return of a popular face

We also saw the return of a pretty familiar face *winks*

Is it too late?

With elections on 11 September, the party only has until 9 September (10 September is Cooling-Off day) to round up their electoral efforts. Considering the fact that the party seems to have forgotten about the election until now, it could very well be a little too late. Some residents in the constituencies they will be contesting claim that they have yet to see NSP do their walkabouts.

Guess we’ll only find out on Polling Day. *bites fingernails*