Turns out, there’s no love lost between NSP and WP

The National Solidarity Party (NSP) announced today (19 Aug) that they would be going back on their decision to not contest MacPherson Single Member Constituency (SMC).

NSP had announced on 10 Aug that they would be pulling out of MacPherson SMC in order to avoid a multi-corner fight with the People’s Action Party (PAP) and fellow opposition party, the Worker’s Party (WP).

At that time, they said they were doing so in order to avoid multi-cornered fights which they felt would dilute opposition votes and therefore reduce the chance of a more diverse Parliament. 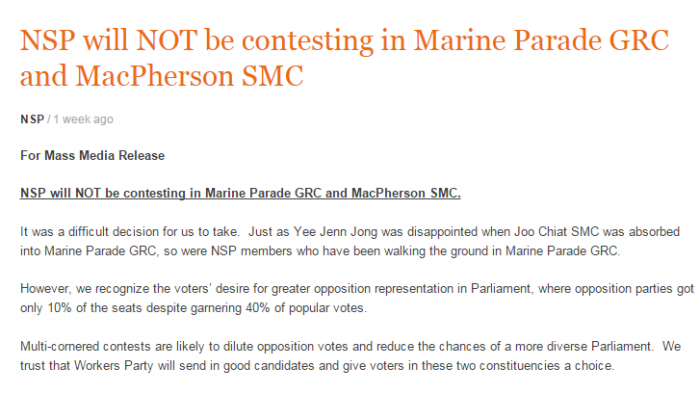 The Change of Mind

NSP acknowledged that opposition parties had to be prudent in their allocation of already limited resources, but feedback from residents in the Marine Parade and MacPherson area convinced them to change their minds.

In response, NSP secretary-general Hazel Poa has tendered her resignation from the orange-clad party.  The decision to enter MacPherson, requested by NSP treasurer Steve Chia, was a move that Ms Poa “strongly disagreed” with. She added that her departure will not affect party leadership, because

the leader of the party is the President, not the Secretary-General, unlike in other political parties.

In the 2011 general elections, MacPherson was classified under the Marine Parade GRC, but the recent change in electoral boundaries meant it returned to a SMC.

NSP had contested Marine Parade GRC in the 2011, garnering 43% of votes. 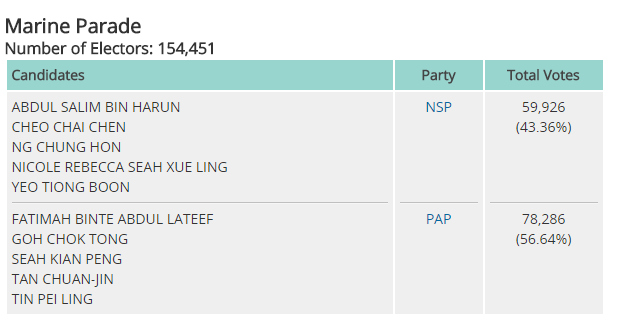 It would therefore make sense that residents have asked NSP to come back and contest their ward once again.

With the PAP already announcing that new mum Tin Pei Ling will be the candidate running for MacPherson, the lady dubbed as the new Nicole Seah could be the her contender.

Kevryn Lim’s promise to champion transport issues should she be elected certainly makes her a favourite among many Singaporeans.