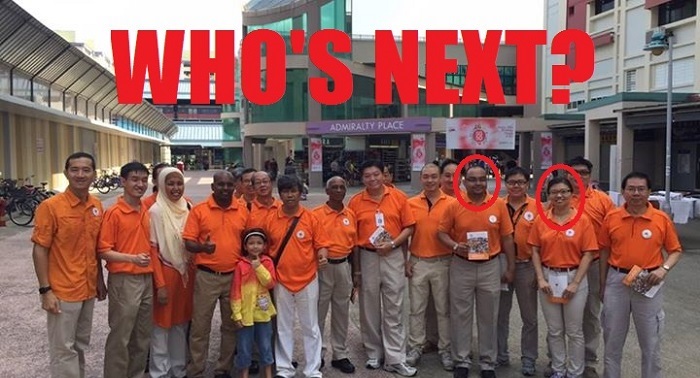 We take a look at the headlines made by the embattled party’s in recent weeks.

Last week, acting secretary-general Hazel Poa quit after the party changed its mind about not contesting MacPherson Single Member Constituency (SMC). NSP had announced on 10 Aug that they would leave fellow opposition Worker’s Party (WP) to take on the ruling People’s Action Party (PAP) for the SMC. 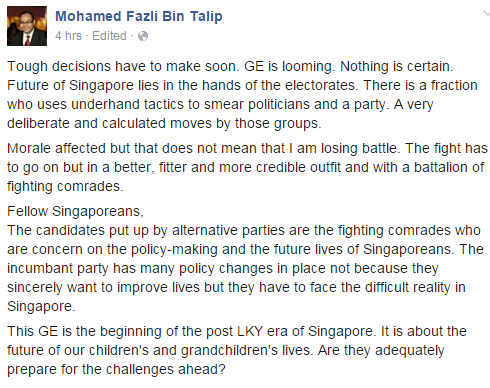 Losing two CEC members in a week, with one of them being the secretary-general certainly raises some eyebrows.

We’ve already talked about NSP flip-flopping on their decision to contest MacPherson Single Member Constituency (SMC) and how the decision resulted in the departure of Hazel Poa.

3 days after the announcement, NSP CEC member Steve Chia, who suggested the party contest MacPherson SMC in the first place, withdrew his decision.

In a since-removed Facebook update on Saturday (22 Aug), the former NCMP explained his reasons for flipping his flop. 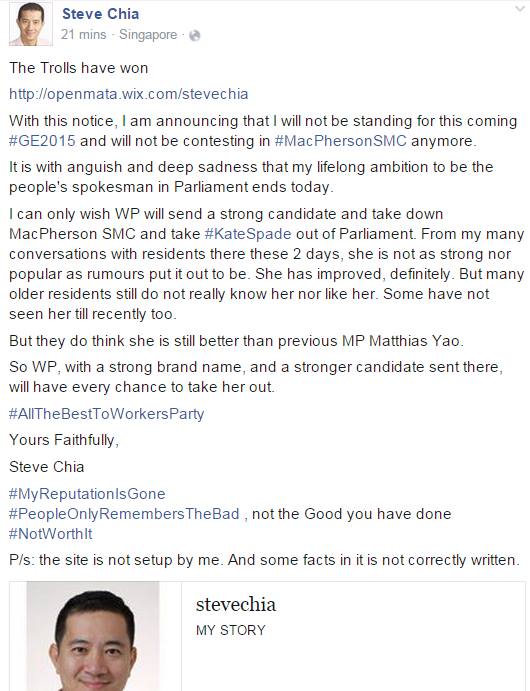 Steve seems hurt by all the comments on social media about his candidacy, and has thus withdrawn from the MacPherson contest. There was also a website was set up detailing information about his personal history, which Steve himself said was “not correctly written”.

The party itself seems unfazed though, and is standing firm on working that 3-way battle.

As if all of that drama wasn’t enough, NSP President Sebastian Teo has had to contend with the resurfacing of an old corruption case on a website hosted on Wix that was absolutely not made by an amateur. 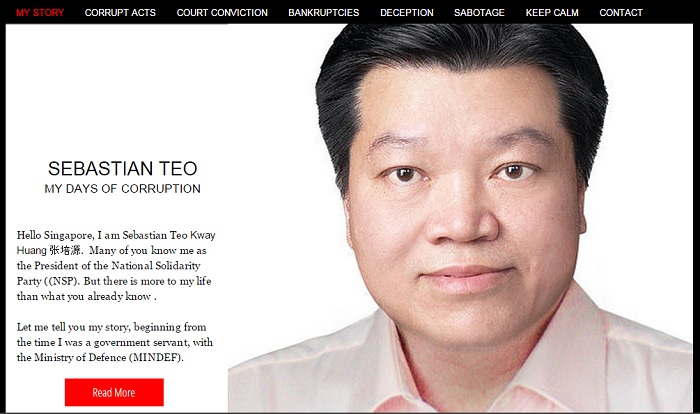 To Sebastian’s credit, he has come out all guns blazing.

In an interview with The Straits Times, NSP’s de facto leader has taken full responsibility in the recent unraveling of events, and will not leave the party.

We’re still 3 weeks away from Singapore’s 17th General Election, and the wheels already seem to be falling off NSP’s campaign.

Throughout the entire sequence of events detailed above, the NSP Facebook page has maintained radio silence, with no comment on the inner workings of the party.

What’s going on in NSP? Will we be seeing more members leaving the party in the coming days?

These losses will certainly be noticeable and will put the party under further scrutiny.